In our second instalment of Christmas brand experiences, we put the spotlight on Aldi's festive dinners with Jean-Christophe Novelli, Morrisons' Union J tour and an Aladdin-themed wonderland with Littlewoods.

The quirky retail brand has a number of consumer events lined up to tie in with the festive season, including a party at its flagship 180 Piccadilly store in London on 4 December. On the night festive drinks and nibbles will be served, DJs and carol singers with a surprise twist will be getting shoppers in the Christmas mood and gifts will be given out with every purchase.

Guests will also be able to get their hands on free gifts with every £100 and £200 spend, free gift wrapping and the chance to win a Christmas bundle worth £250.

Cath Kidston will also be hosting a series of craft workshops at its Selfridges London concession, in collaboration with creative collaborative The Indytute, including personalising china sessions and Christmas calligraphy. The event series launched on 13 November and will be running until 4 December.

The X Factor boy band has teamed up with the supermarket giant to get teen fans all in a fluster this Christmas. The group will visit 20 selected Morrisons stores across the UK to sign copies of their new single and album.

Partnering up with Vizeum, Posterscope, PS Live and Liveposter, the online retailer will be visiting three UK locations to create immersive theatre experiences based on its Christmas campaign with brand ambassador Myleene Klass. It will comprise of a bustling Aladdin-style bazaar, featuring entertainment and prize giveaways, with consumers being invited to soar the skies of Arabia via a green screen, and the chance to see themselves on digital out-of-home screens throughout their home city.

Exotic performers will also be on hand to entertain crowds, while near field communication technology will take consumers straight through to the Littlewoods website to browse on their smartphones. Consumers will also have the chance to rub a giant genie lamp installation, with one lucky winner every hour being granted an on-the-spot prize that will materialise if they see a puff of smoke spurt from the lamp’s spout. The activation will be visiting Birmingham’s Edgbaston Street, Church Street in Liverpool and Glasgow’s Sauchiehall Street.

Monopoly The View from The Shard boardgame launch 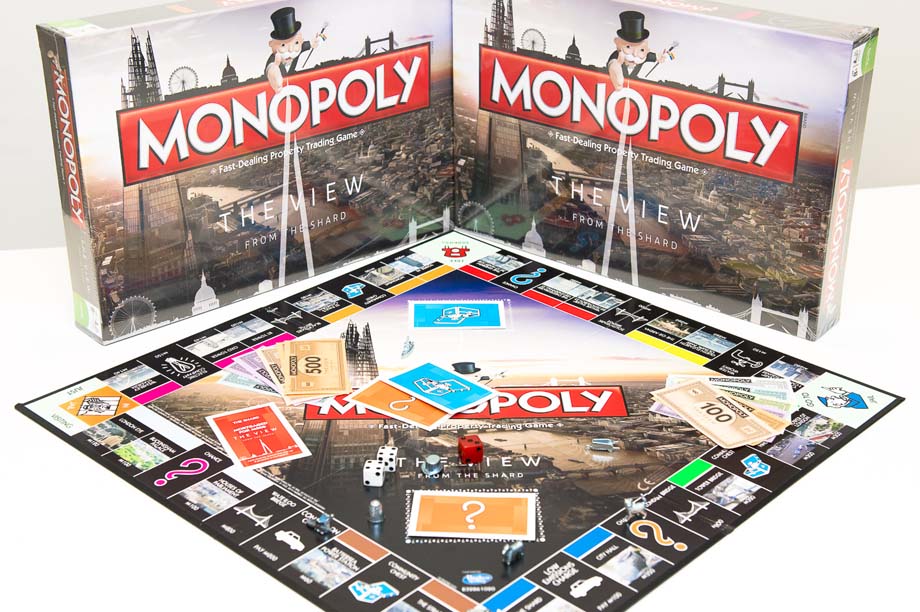 Seeing as playing boardgames is a traditional festive pastime, Monopoly will be creating a giant version of the game in the indoor viewing gallery (level 69) in The View from The Shard in London. Celebrating the special edition of Monopoly, participants will have the chance to test out the game in the experiential version with life-sized game pieces and chance cards.

See how Monopoly brought the game to life at Westfield Stratford this summer.

Aldi’s ‘Everyone’s coming to us this Christmas’ dinners

If your mum’s Christmas dinner doesn’t quite cut it, discount supermarket group Aldi is giving you the chance to try out Jean-Christophe Novelli’s version at five restaurants throughout the UK. Up to 50 diners in each city will be able to tuck into the celebrity chef’s Christmas dinner, which will be created using products from Aldi’s Specially Selected range including luxurious caviar, crab, turkey wellington and a 12-month matured Christmas pudding.

However, you will not be able to just stroll into these establishments. Consumers must try to win a place for themselves and a friend by visiting Aldi’s Twitter account and telling the supermarket why they should win, using the hashtag #AldiFestiveFeast.

The View from The Shard transforms into giant Monopoly board