This year's festive season was jam-packed with brands getting in on experiential action. So as a gift to you, here is a selection of Event's most-read Christmas activation stories.

It’s appeared in many of Event’s top story roundups of the year, proving that the iconic tour of the Coca-Cola truck still is an incredibly popular activation. Experiential marketing agency Square Melon has brought the sampling vehicle to 45 locations throughout December, championing Coca-Cola’s ‘Holiday’s are Coming’ Christmas campaign.

Agency PrettyGreen was enlisted by John Lewis to reopen its Oxford Street roof terrace as a Christmas destination, featuring the star of its TV advert, Monty The Penguin, and electronics from Samsung. The activation included a hot chocolate bar, the hi-tec Monty’s House, a cosy snug and a biscuit-decorating station. 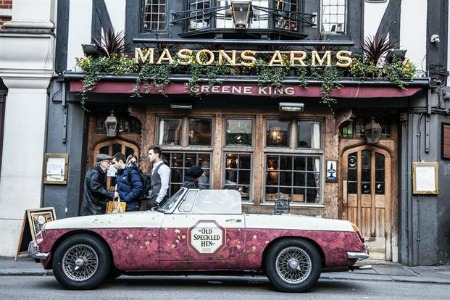 The Old Speckled Haven one-day pop-up pub from the Green King ale brand aimed to provide patrons with a place to relax before the busy Christmas period. Taking over the Masons Arms pub, near Oxford Street in London on 3 December, Old Speckled Hen gave guests the chance to order their bar purchases via social media and enjoy a free gift-wrapping service from Old Speckled Hen’s ‘Ale elves’.

Fisher Productions erected a 90 foot-plus interactive vinyl Christmas tree at Heathrow Airport's Terminal Two as part of its festive campaign. Located in the covered courtyard at Terminal Two: The Queen's Terminal, the graphic featured festoons of lights triggered to flash and dance by passengers who tweeted Christmas greetings using the hashtag #T2Christmas.

Online marketplace Groupon opened a one-day experiential Christmas pop-up in Soho on 4 December. Created by communications agency Brands2Life, the grotto featured events such as whisky and wine tasting, pork pie and candlestick making and French macaron decorating, as well as a nail and make-up bar. 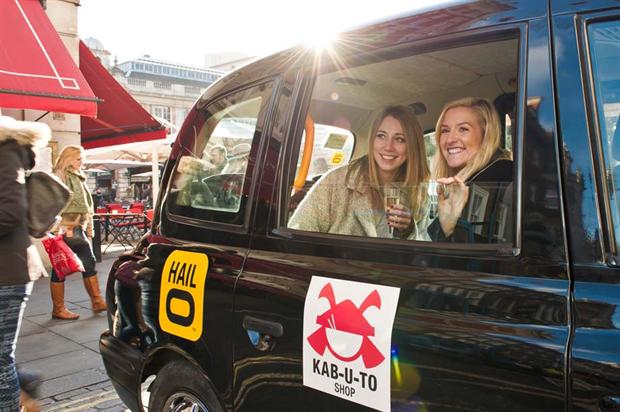 Christmas shoppers in London, Leeds and Manchester were given the star treatment in December thanks to a partnership between taxi app Hailo and Kabuto Noodles. Passengers in the specially-branded cabs were provided with a Christmas Pack filled with Kabuto Noodles, wrapping paper and ribbons, offered lunch and champagne whilst being driven to the shops and advised on their gift choices by an expert Kabuto personal shopper.