The concept was developed through a collaboration with FanGirl.

In the films, five women invite viewers to walk in their shoes as they take the audience on a journey through their history, homes, workspaces and local communities against a backdrop of dreamlike visuals.

Clarks Originals has a rich and storied relationship with the black diaspora that stretches back to before the 1960s. Clarks was the shoe of choice for General Smilie and Papa Michigan on the vinyl sleeve for Rub-A-Dub Style in 1979. Vybz Kartel is one of many Jamaican artists to lyrically explore his love for the brand with his song Clarks in 2010. Author Al Fingers documents the evolving presence of the brand in the West Indies in his book Clarks in Jamaica.

"#InHerShoes" is the brand's first campaign firmly centred on the black female gaze, creating space for black British women both in front of and behind the camera.

After observing Clarks Originals' presence on social media and having the knowledge of the brands history, FanGirl founder Rani Patel Williams approached Clarks as she felt the two brands were operating within a shared space.

She tells Campaign: "For me, Clarks Originals was one of those brands that made sense from a partnership point of view when I think about the spaces that both brands are occupying.

"FanGirl's focus is around self-expression, visibility and unity and I wanted to do something around driving visibility of black women for Women's History Month. This concept really came from an insight being a black woman myself, but also Black Lives Matter highlighted how, within society, black women are the most disrespected. I've observed how much black women have contributed to culture in beauty, fashion, music and sound, and they're not being honoured and acknowledged."

The "#InHerShoes" content series marks Women's History Month and will be shared across Clarks Originals' social channels including its Instagram @clarksoriginals. The five black British female creatives featured, who will walk viewers through their journeys, will each be wearing a bespoke, limited-edition run of Clarks Originals x FanGirl Wallabees.

Tara McRae, chief marketing officer at Clarks Shoes & Clarks Originals, says: "It has been a joy to be able to provide our platform Clarks Originals in order to shed some much-needed light on the vital women who are shaping the creative industry in the UK.

"Partnering with FanGirl aligns both our brands together under the same banner of encouraging self-expression of individuals without limits, especially from marginalized communities."

The series features the stories of:

To maintain the black female perspective, Rani Patel Williams was creative director and director. The assistant director was Jean-Sebastien Degni and the films feature Raheaven's track 7AM. Cinematograpy was by Toby Lloyd and photography by Ashley Verse.

McRae adds: "Of course there are so many women who remain behind the scenes but by championing these five women in their own individual fields [we] will hopefully inspire more women to become the disrupters of industry and to act as a reminder that there is so much more work to be done to unite women of minority backgrounds.

"It is so important to keep pushing the culture forward by amplifying the women who are pioneering that conversation, and Clarks Originals aims to do that more than ever not just this year within the UK but also in another key territory for us – like the US, so watch this space." 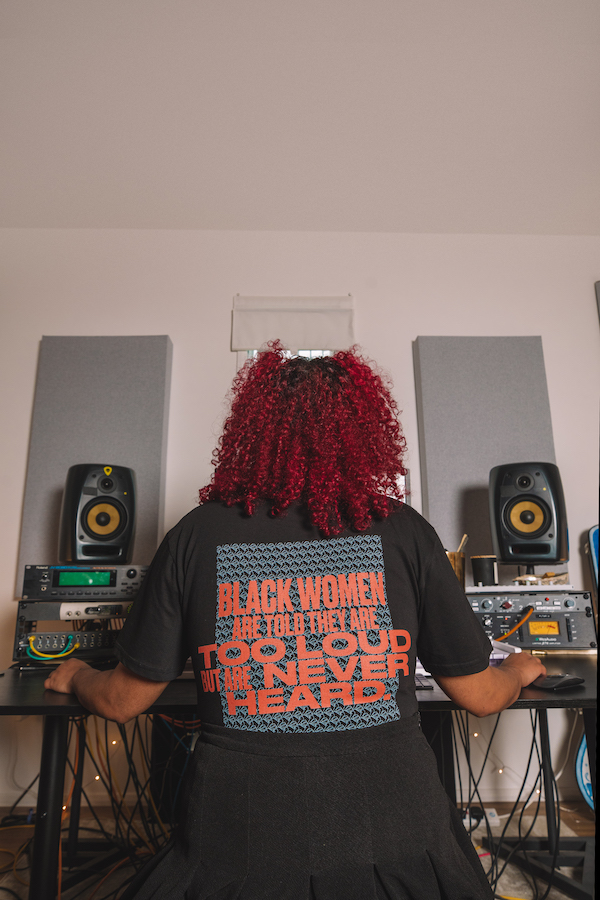 Patel Williams says: "With diversity, be it gender, ability, race [or] sexuality, some brands tend to look at it at the end. They create a product and then put them on plus-size black women, or queer disabled people.

"To be authentic you need to make that community intrinsic to the design process. So by allowing me to design the merch, write the creative, direct the creative and putting the women that we're trying to spotlight in the creative, it made sense."

Berger says: "Clarks Originals has helped shape so many moments of fashion history so let's keep pushing the culture forward by amplifying the women who are pioneering that conversation."

Nike salutes the strength of pregnant women in new film