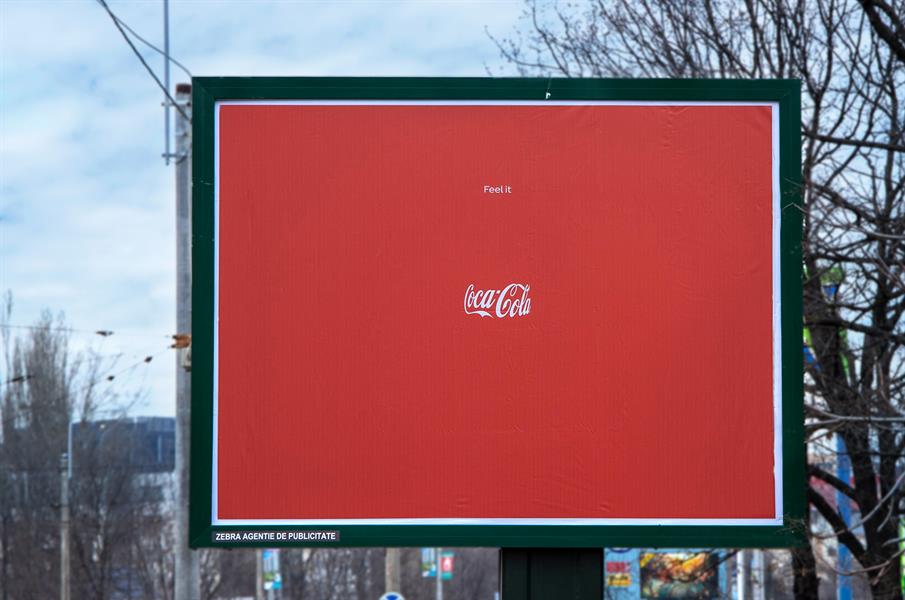 Coca-Cola transcends the bottle in its latest out-of-home campaign.

The executions show Coke's logo positioned as though it was on a bottle, but the bottle itself is nowhere to be seen. This is accompanied by the tagline: "Feel it."

Launched alongside print and social media activity across central and eastern Europe, the work was written by Stefano Zanoni and art directed by Roberto Ardigò.

Glenfiddich "Where next?" by Space

Bloom & Wild "Care wildly" by Other

Coca-Cola goes back to its roots with focus on empathy

Coke signs up to sponsor Euro 2020

Glenfiddich "Where next?" by Space

Bloom & Wild "Care wildly" by Other