As the Games organisers unveil the grand stadiums of London's Olympic Park to the world, it is not just sports-lovers and the media taking note. Coca-Cola has emerged as the first brand to show an interest in acquiring the post-Games naming rights to an Olympic venue, the velodrome.

The soft-drinks brand will no doubt be one of many - Sky is also rumoured to be have the velodrome in its sights - interested in a long-term association with Olympic Park assets, as public authorities draw up their London 2012 legacy plans.

Coke's potential interest comes as some observers argue that the success of big-name tie-ups, such as Arsenal's Emirates Stadium and O2's sponsorship of the Millennium Dome (see below), is prompting brands to weigh up opportunities for smaller-scale deals.

'Naming-rights deals are associated with major sports and major venues, not the less-popular sports with minimal footfall,' says Shaun Dawson, chief executive of Lee Valley Regional Park Authority, which oversees the velodrome and other Olympic assets.

'However, we are finding with some London Olympic venues, such as the 6000-seat velodrome, that there is a lot of interest from sponsors, as they can see a strong business model ahead,' he adds.

Angus McGougan, business director of sponsorship agency Fast Track, says the key to such deals is for brands to add value to the local community in addition to their sponsorship of the stadium. Funding community projects, for example, could help gain public trust; this was the strategy employed by American Express in Brighton.

McGougan contends it is important that the sponsor is not seen just to be slapping its brand on what could be an historic site.

This was precisely what happened in Newcastle when football club owner Mike Ashley renamed St James' Park the Sports Direct Arena this season. He used the name of his own company because the club had failed to find a stadium sponsor. The switch prompted outrage from the local community, who argued Ashley had thrown away more than 100 years of club history.

When it comes to the Olympic venues, it will not simply come down to which brand has the deepest pockets, however. The Olympic Park Legacy Company (OPLC) has stressed rights will not be automatically awarded to the highest bidder.

Peter Tudor, director of venues at the OPLC, said earlier this month that, while 'securing a large amount of money from selling the naming rights' was important, it was not the only consideration. 'We have a set of core values which are based around creating a highly active park,' he added.

Sport sponsorship experts say Olympic organisers will have little trouble finding sponsors for most venues, but there is a benefit from acting quickly.

'The aquatics centre and velodrome will be most sought-after,' says Rupert Pratt, managing partner at sponsorship agency Generate. 'This is down to the success of the sports in the UK, the standout architecture and the venues' ability to attract world-class events.'

Replicating the success of O2 and Emirates in this area will not be easy for marketers. However, the Olympic Park will offer brands the chance to put a lasting stamp on stadiums that come without historical baggage.

Aquatics Centre It will be opened to the local community, clubs and schools, as well as elite swimmers.

Basketball Arena Building to be re-used or moved to another UK site.

BMX Track The track will be reconfigured to make it suitable for community use.

Eton Manor Park The training swimming pools and venue for wheelchair tennis will become a mix of sporting facilities and a hockey centre.

Riverbank Arena Hockey and paralympic football venue will be moved north of the Olympic Park, to Eton Manor.

Velodrome A mountain-bike course and road-cycle circuit will be added to create a community VeloPark. 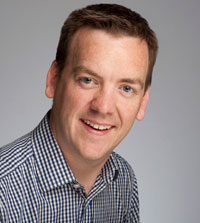 O2's sponsorship of the former Millennium Dome is arguably the best example of a brand successfully taking over the naming rights of an arena.

Pivotal to O2's success was that it took a somewhat unloved stadium and provided tangible improvement.

'There are two key rules when taking on naming rights,' explains Given. 'One is that it has to be a credible fit and the other that it must be a simple name. The O2 was exactly that; it wasn't a case of just putting our name to it.'

Given points to the example of a 'bank taking on the naming rights of a comedy festival' as an example of what he deems would be ill-fitting.

He argues that O2's key sponsorship areas of music and rugby sit well with the venue, enabling it to grow the tie-up through initiatives such as O2 Priority Tickets.

The Millennium Dome was a well-known venue, but there was no sentiment attached to the name. 'It's easier for brands to take on new-builds,' says Given.

Problems only really arise, he concludes, when brands put their names to venues 'steeped in heritage and tradition'.

How Visa's Olympics sponsorship must shift perceptions of its brand: the Marketing interview