Coke experienced a bumper summer thanks to balmy weather and a surprisingly good England performance at the World Cup. As the temperature drops and the nights draw in, Coke's UK boss Jon Woods talks to Campaign about plans around its first-ever deal with the Premier League.

The summer burned bright for Coca-Cola. A multi-brand promotion, soaring temperatures and an expectation-busting England squad at the Coke-sponsored Fifa World Cup meant that both sales and market share performed more strongly than expected. 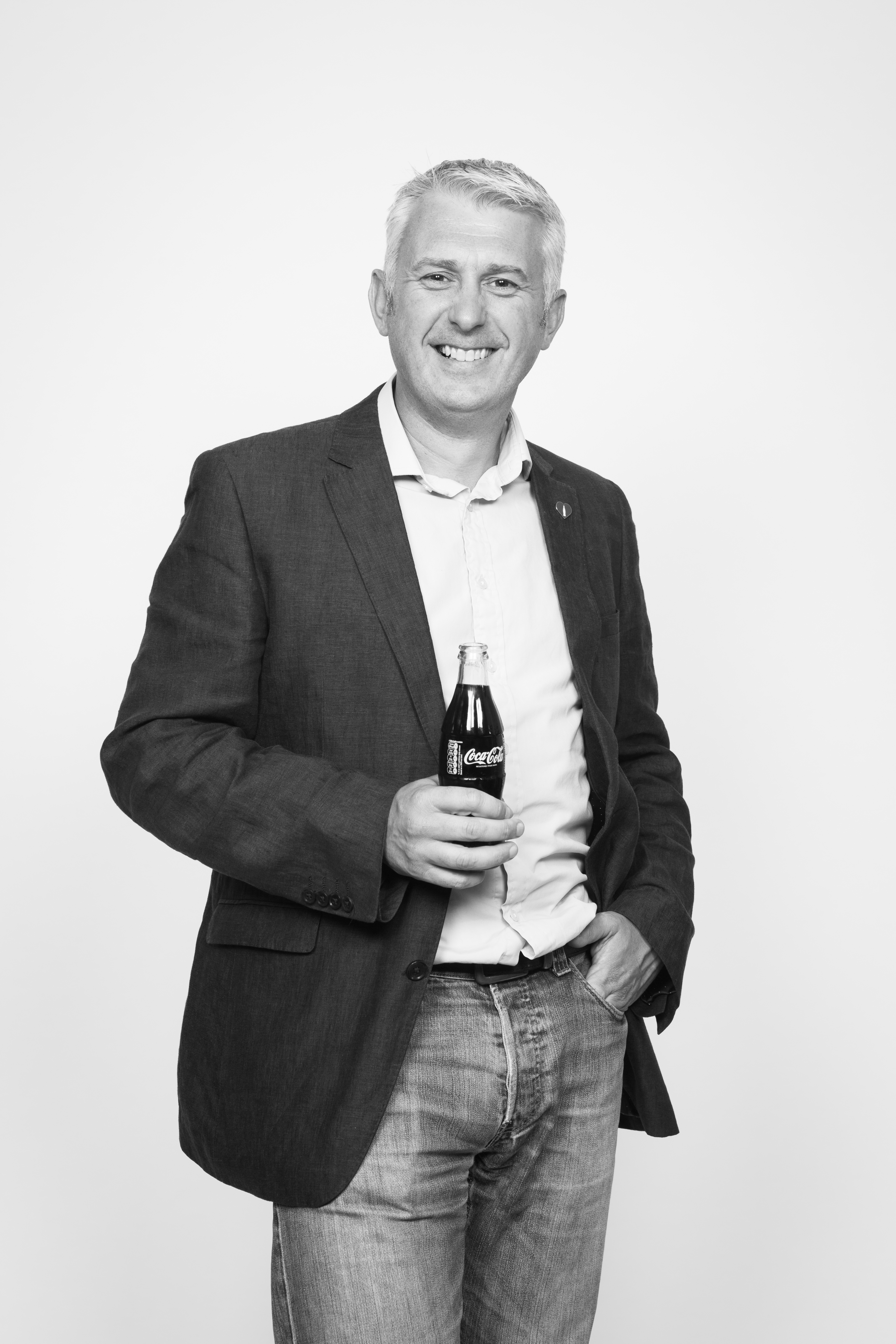 Jon Woods, general manager of Coca-Cola GB, describes the company's World Cup sponsorship as "probably the best activation I've seen us do" and is clearly delighted that it’s paying dividends.

Coke has gained "about a share point year to date, so a 27% market share of the soft drinks business", he says.

The company's 'lights' business is performing strongly. Coke Zero Sugar grew 35% last year and has grown 50% year to date, while Diet Coke is up around 6% and Fanta about 8% year to date.

"It's generally all the light variants that are performing best," Woods says. "They're totally mainstream now – 58% of the cola we sell is either Diet Coke or Coke Zero Sugar. So the majority of our cola business actually is no sugar.

"That’s been a trend that's been going on since I joined the company. I don't think that's going to change."

One major change for the business is the company's major agreement with the Premier League. This week, the global soft-drinks giant signed a three-and-a-half-year deal with the football organisation. It’s a first for the brand and is a central, supporting column in building Coke's multi-brand strategy. 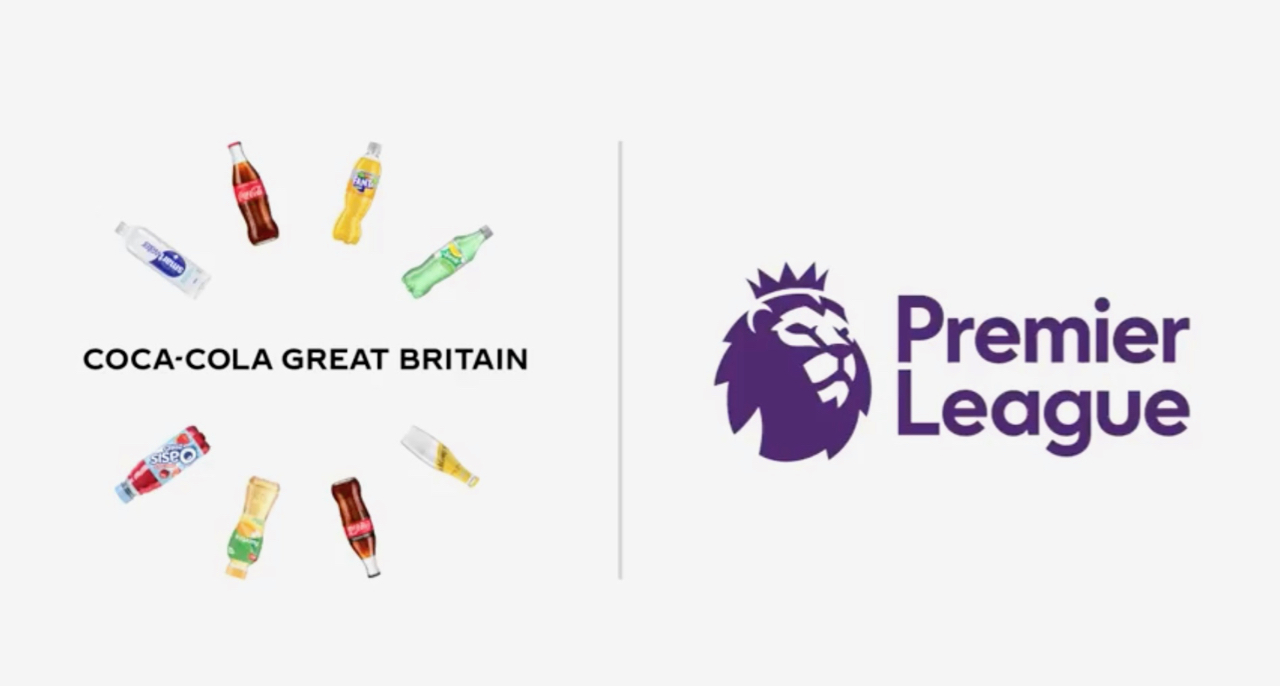 "What the World Cup brings us is this huge spike every fourth year," Woods explains. "What the Premier League brings us is something quite different; it brings us always-on partnership and conversation about football.

"It's a great way to bring the 'lights' forward, too, in the activity that we do. So I would expect to see a lot of portfolio activity bringing in Fanta and Sprite, but also bringing in some of the other brands – Fuze Tea, Smartwater… I think we can expand that portfolio idea."

The Premier League partnership does not officially start until the new year, and Woods and Premier League managing director Richard Masters insist that things are very much at a planning stage. But observers can expect to see some lesser-known brands, such as Smartwater and Fuze Tea, playing roles in activations.

"There'll be clearly times when individual brands get some moment in the sun. But, for the most part, I'd like to see us activate across all of the brands together," Woods says.

While details are thin on the ground at this stage, Woods admits that one of the aspects of the partnership he is most excited about is the Premier League trophy tour.

"We have some experience of having done that in the past with Fifa," Woods says. "But with the Premier League, we can really own and work with Richard and the team to bring that to lots of local communities.

"You can imagine the trophy appearing at stores for the day, which would be very exciting for our customers. It's an interesting example of the sort of thing we could do."

Of course, whenever a brand whose products may contain high levels of sugar gets into bed with a sporting property, there are the same inevitable questions. How does Coke reconcile these questions about its part in the obesity debate with a sporting deal?

"I don't see it as a 'marketing to children' issue. That's definitely not what we're intending to do – we'll stick to our code – but my business is more and more low and no sugar; 70% already and growing, and I think the Premier League will continue shifting us that way."

For the Premier League, the agreement with Coke fills its seventh and final spot on its sponsorship category roster. But, according to Masters, the deal has advantages beyond generating a commercial return.

"The real benefits of working with brands like Coke is the amplification they can give to those clubs and players," he says.

"We will see players of small clubs appear in promotions over the course of the year, across the nation. And if it works out on an international basis as well, those clubs are getting promotion and a great association with a global brand. There are all sorts of softer benefits beyond pound, shillings and pence. And that's really what, in a perfect world, clubs are looking for from us and our seven partners." 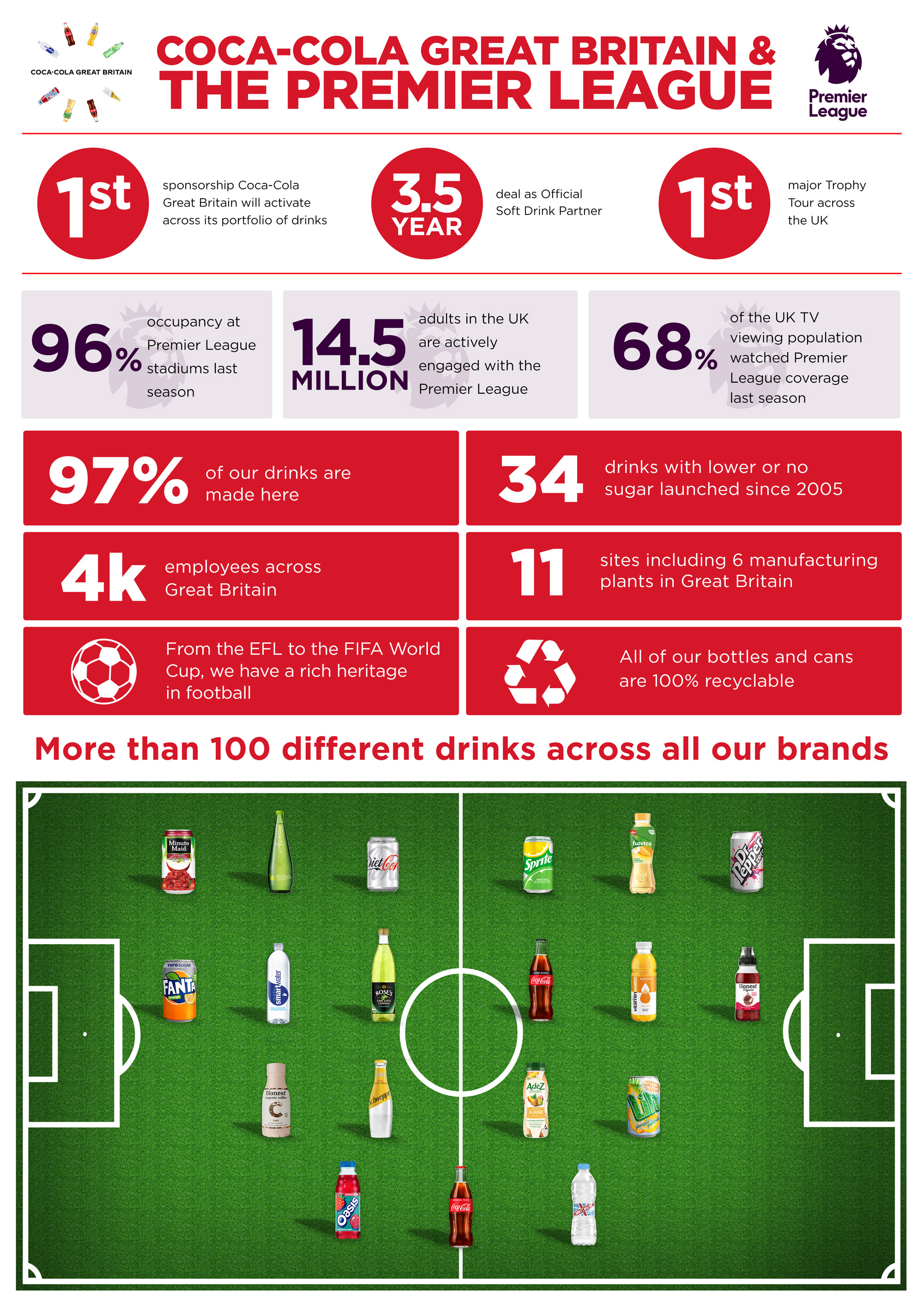 While the Premier League is UK-focused, it has a presence in 189 countries and Coke has a presence in 206. Coke’s deal with the organisation gives it global rights. Does this mean we can expect to see Coke doing global activations?

"It's a UK-focused partnership, but the rights are global, which is the way that Richard and the team structure all of their partnership relationships," Woods says.

"I don't know yet the degree to which Coke will activate it beyond the UK. But it's there and I think I'd really like to see us activate that outside the UK. I'm sure the Premier League would like that, too."

Launch campaign for Fifa 19 features a plethora of football megastars

Will being owned by Coke damage Costa Coffee's reputation?

What will Coke bring to Costa's coffee table?