The world may well be watching, but for former army captain James Eadie, it will be the audience in Atlanta, where Coca-Cola's global marketing and management teams are based, that includes the most attentive viewers of this summer's Olympic Games.

In decades gone by, Coca-Cola's Olympic proposition could be set out simply as 'I'd like to sell the world a Coke', but today, with both the soft-drinks company's portfolio and the social, economic and media landscape irrevocably changed, its sports marketing team operates in a different league of complexity and competition.

Marketing meets Eadie, who has been at Coca-Cola for more than a decade, at its somewhat uninspiring HQ in Hammersmith, West London. Housed above the Tube station on a major road junction, it seems a world away from the heart of the Olympics at Stratford.

It is clear that, for Eadie, the Games are about more than the capital. 'There is a sense that putting on a great Games in London is simply part of our consumers' expectations,' he says. 'We don't need to be showcasing Britain; for us, it is a pure sports marketing message.'

For Coca-Cola, a brand whose ties with the Olympics began at the 1928 Amsterdam Games, when a freighter delivered both the US Olympic team and 1000 cases of Coca-Cola, the weight of expectation is high. In recent times, guerrilla marketing has leapfrogged legislation and policing social media and the virtual space is almost impossible, so sports sponsorship is no longer the cut-and-paste marketing option it once was.

During the 1948 Games, Coca-Cola's Olympic journey was focused on its only product - its original 'red' Coke brand.

Now, the company's drinks portfolio is more varied, from Diet Coke and Coke Zero to Innocent Smoothies; it has a 58% stake in the parent company of the latter brand.

Eadie predicts that, by volume, 75% of the drinks it sells at the Games will be lowor no-calorie products, such as water, juice or smoothies. Despite plans for McDonald's to open its biggest restaurant to date at the Olympic Park, many sports marketing experts argue that the writing is on the wall for HFSS (high in fat, sugar and salt) food and drinks sponsoring the Games. At a time when consumers are demanding trust and transparency, the combination of sport and HFSS food and drinks is increasingly unsustainable.

It is apt, therefore, that Coca-Cola's core Olympic marketing principles are sustainability and youth. Eadie points to the brand's Olympic heritage. 'What is important for us is that we learn from the example of previous Games, and that we tap into the promise of the Olympic legacy and deliver for British youth,' he says.

Having spent time in Beijing and Vancouver during previous Games, Eadie has had the benefit of seeing first-hand what worked and what did not. 'Part of the skill is distinguishing what is transferable to other countries and what works just for Great Britain,' he notes. 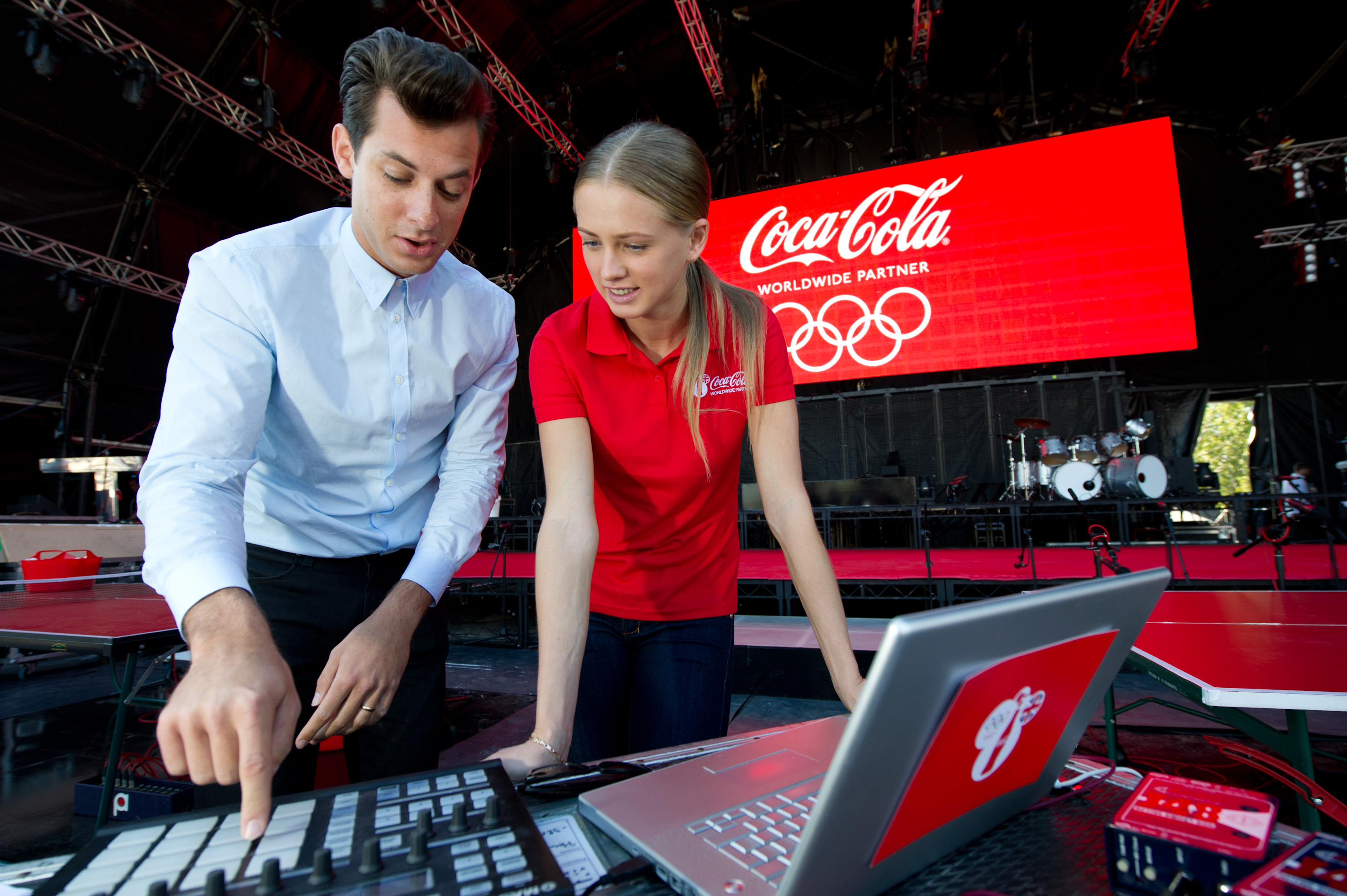 Eadie has identified music partnerships, such as its tie-up with celebrity DJ and producer Mark Ronson, and grass-roots events as key strands of Coca-Cola's Olympic marketing strategy across the group. The Olympic legacy must not only stretch beyond 2012, but across the globe, he explains.

Times are changing for Coca-Cola. Where once it could rely on its 'Holidays are coming' Christmas spot to drive global brand awareness, a more nuanced approach is now required.

This year, the brand credited with creating Santa as we know him is attempting to write itself into the Chinese New Year. This was a strategy it put in place in 2009 when it launched a Chinese campaign entitled 'First Coke of the year', featuring Olympic gold medal-winning hurdler Liu Xiang.

As well as the growing importance of emerging markets, another challenge facing Coca-Cola is the need to navigate the latest digital platforms. 'Our spend over the past decade has shown a shift to digital media, and this trend is continuing,' says Eadie. 'The opportunity for us is to capture and relive the memories, as well as maximising consumer touchpoints.'

It is clear that Coca-Cola's Olympic marketing activity is embedded in its broader strategy. As many marketers are finding, Olympic work is done in addition to, not instead of, the day job. As Eadie explains: 'Activation and delivery of the Olympics is not a standalone entity. Our marketers will spend much of their time during 2012 on the Olympics, but we also work with several agency partners.'

Even Coca-Cola's specialist sponsorship marketers must balance their Olympic focus with activating Euro 2012 activity. However, Eadie is unfazed with these competing demands.'It is all about ensuring we have a very developed tool kit and that all our marketers understand our markets,' he adds.

Eadie is no marketing lightweight, and is not one to retreat into marketing jargon. This approach is perhaps to be expected from a man who spent five formative years in the army. He also has a physics degree from Oxford University and is clearly no stranger to running a highly focused, efficient outfit.

His job is to ensure that Coca-Cola is not usurped by its competitors, but also involves negotiating the complex internal power balance between its own brands in terms of their Olympic activity.

Having started his career at Coca-Cola in new brand development, Eadie benefits from the fact he is not wedded to one brand. While there is little doubt that Coca-Cola remains the 'masterbrand', the tide is turning, both in market share and political sentiment, toward low-calorie options.

Coca-Cola's Olympic journey will not be easy. Transport concerns and the fear of being perceived as a 'fat-cat sponsor' have created jitters among the marketing community. Concerns that sponsor brands will be demonised as symbols of corporate greed, against a backdrop of Britain's struggling economy, should not be underestimated.

The politics surrounding the Olympics are a further worry. Sponsor brands must balance achieving maximum exposure with strategic planning to avoid negative headlines. Media criticism of the ticket allocation process gave a taste of things to come.

So, while you might assume Coca-Cola would have a wealth of tickets at its disposal, was Eadie successful in procuring tickets for himself? His diplomatic response is indicative of the media training that has, no doubt, been impressed upon the staff of most brand sponsors. 'Personally, I have had mixed success in applying for tickets through the ballot,' he says, avoiding giving details.

The thorny issue of guerrilla marketing is also high on the agenda. London 2012 has been dubbed the first 'social-media Olympics' and the potential problem of non-sponsor brands crashing the party is a serious concern for companies that have paid millions to be associated with the event.

'We are partners to the Olympics because we see a benefit to the brand. If it wasn't for top sponsors making this investment, then there wouldn't be the funding needed to put on the Games,' says Eadie, emphasising that these are internal issues the sports marketing industry must grapple with.

'We need to ensure that our message stays focused on sponsorship and our consumers,' he adds. 'The (social-media space) is an unknown quantity, but I would prefer to focus on what we are doing to reach consumers.'

Next week, it will be six months until the opening ceremony of London 2012. It remains to be seen which brands fall at the first hurdle and which go on to bask in the glow of Olympic glory.

For Coca-Cola, however, it is not all about the world's eyes falling on its brands over that intensive 17-day period of that event alone. 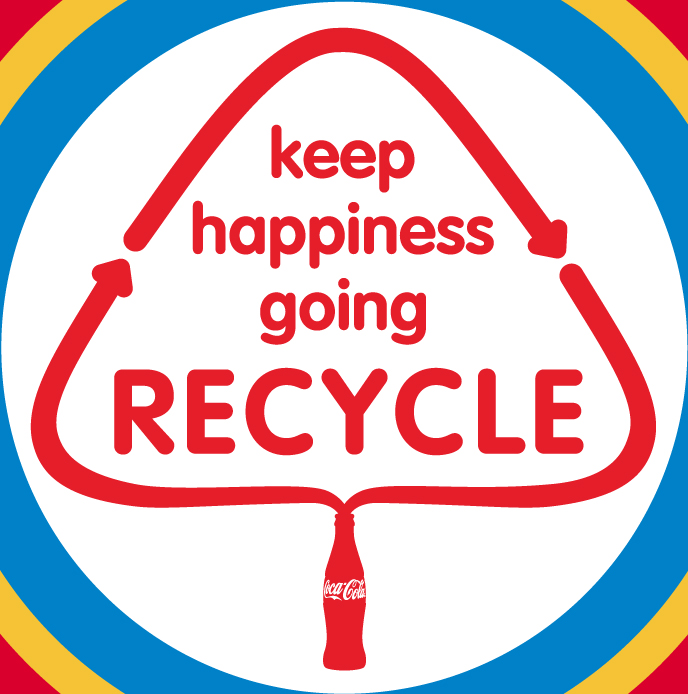 - Coca-Cola is supporting LOCOG to help ensure London 2012 is a zerowaste Games, with at least 70% of all waste being reused, recycled or composted. The rest will be incinerated to create energy.

- Coca-Cola products will be served in 100% recyclable plastic bottles, which will contain up to 25% recycled content, at all London 2012 venues.

- Coca-Cola, Diet Coke and Coke Zero drinks will be served in PlantBottle packaging, containing up to 22.5% plant-based material.

- The company has pledged to recycle all PET plastic bottles disposed of at the Olympic Park.

2. REACHING OUT TO THE YOUTH MARKET

Coca-Cola has entered a three-year partnership with national charity StreetGames to help it grow its network of projects to reach 110,000 young people in the most deprived areas of the country. The campaign will include more than 300 local neighbourhood festivals and connect elite athletes with StreetGames projects in their area. Athletes will also be able to apply for a StreetGames bursary to set up initiatives that benefit projects in their community.

Traditionally, the success of corporate sponsorships has been measured by often blunt metrics such as brand awareness; Coca-Cola is attempting to move beyond this for 2012. According to the brand's Olympic mission statement: 'We think it's time for a new approach that looks beyond commercial benefits and explores the positive social legacy that sponsorship can leave. That's why we are working with leading think tank Demos to create a new model, which shows that progressive sponsorship can be judged as a social return on investment and the social value it creates.'

- Engaging with the youth market through social and digital channels

- Ensuring Coke's Olympic legacy is a reality, not just a good sound bite 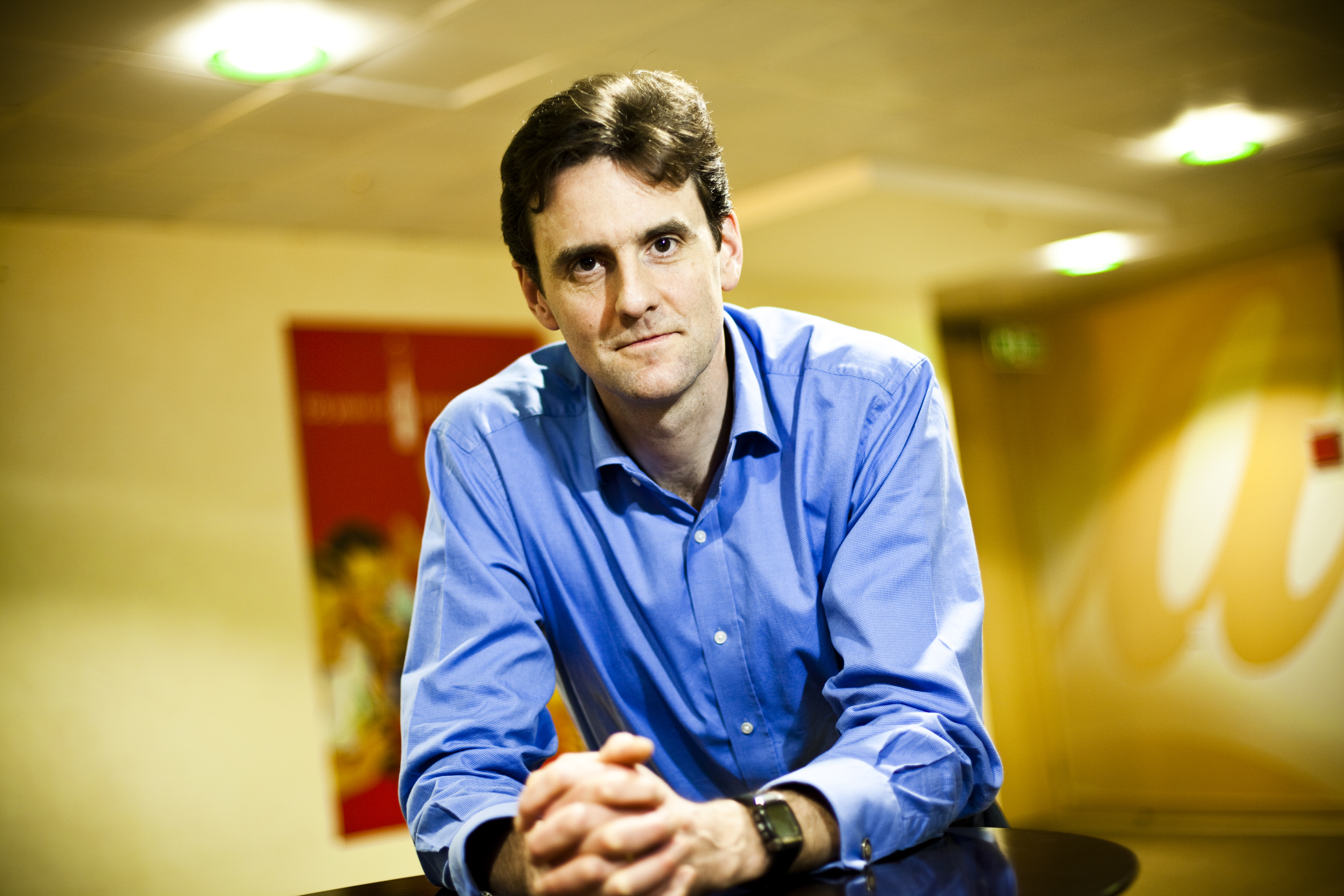 Favourite of all Coke brands: 'Coca-Cola. A constant privilege to work on.'

Favourite non-Coke brand: 'Lego. A very coherent brand that provides me and my kids with hours of fun.'

VIDEO: Mark Ronson and James Eadie on Coca-Cola's 'Move to the beat' campaign

Coca-Cola to boost brand spend by up to $400m

Sport's 'crown jewels' must step up their game to come out of Olympics shadow: Three sponsors explain how to do it

BP and Coke to bring own security to London 2012

Glacéau vitaminwater teams up with Jesse J for London 2012 sponsorship