Coca-Cola Europe's vice-president of marketing, Javier Sanchez Lamelas, explains how the brand bypasses European differences with stories that have a moral takeaway.

The problem with talking about "Europeans" as one group is that they have been fighting each other since the Romans. The Italians were all over Europe at one point; the Spaniards did the same, the French, then the Brits, the Germans, the Nordics.

The countries within Europe have more differences than those in other regions around the world. However, the way we’re working in Europe is very cohesive – the collaboration is outstanding.

We tend to run our marketing programmes through commonalities; human values are pretty much universal. If you go to the movies to see Shrek, for example, then French people, Germans, Spaniards and Brits laugh at the same jokes.

You are not going to run marketing through differences, or tailor-made specific issues for that country, as, frankly, that’s an overcomplicated, expensive and ineffective way of doing it.

It may feel as though most of Coca-Cola’s marketing is coming from Atlanta, but more than 80% of what we run in Europe is locally made.

Collectively we deliver the marketing materials for our brands and programmes. We put that together into the "marketing box" – marketers can select which marketing programmes best fit their needs and the local market.

Good creative ideas are timeless. We ran a campaign in Latin America and Spain about five years ago called "Reasons to believe". When I came to Europe, I asked why they hadn’t used that campaign. They said: "We’re not sure about when or how to use it."

We ended up launching the campaign in January this year. London did an exceptional job. If you look at the in-depth work the team did to bring that campaign to life, it was extraordinary.

This was an example of using the same creativity, same insight, but at a different time.

Great creative is everywhere. Good books are an incredible source of inspiration for creativity, as are quotes and the lyrics of great songs.

If you look on YouTube at "Security cameras from Coca-Cola", the story of that piece of creative is fascinating.

I was talking to Martin Mercado (creative director of that campaign). He said: "I have a beautiful idea that I think we should do for you. We’re going to get footage from security cameras from around the world. But we’re going to wear the goggles of Coca-Cola, of togetherness, of universality, of doing something good for other people, for enjoyment of smiling. And that will be how Coca-Cola looks at the world, through security cameras."

The film went to San Sebastian first, then to Cannes, where it won several awards. It reached the head of Americas through his daughter, who had seen it online, and from there it went to TV in North America.

It’s about authentic stories; stories that have a moral takeaway, human values that convey emotions. This is what we’ve been doing with the World Cup trophy tour. It’s about showing people doing something for others in difficult times.

What you’re definitely not seeing from Coca-Cola is a global World Cup campaign with big superstars promoting big stadiums or powerful people with big cigars. We will not do that. It’s about local communities. 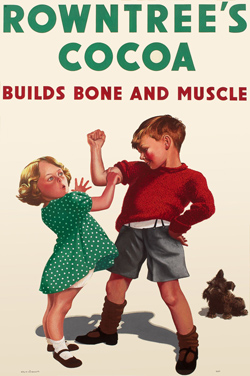 In January 2014, Nestlé UK & Ireland unveiled a special "reminiscence pack", including vintage confectionery packaging and wrappers from its archive, as well as a range of simple games. The pack, which has been designed to help elderly individuals with dementia and Alzheimer’s disease, features Aero, Fruit Gums and Dairy Box, among other brands. Produced with advice from the UK Alzheimer’s Society, the pack is intended to be used as part of an activity to help trigger positive memories.

In February, car manufacturer Opel launched a competition to highlight the benefits of its Meriva model to new parents in Spain. To enter, expectant parents were asked to submit a video or article with an accompanying photograph outlining their expectations for their first few days with a newborn. The three winning families were treated to a professionally produced short film about their first few moments with their child, and were picked up from hospital by a driver in a brand new Meriva. 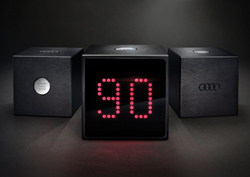 Car-maker Audi piloted its Test Drive Cubes in The Netherlands in January. Fifty selected participants were sent one of the digital cubes, which enabled them to book an Audi A8 for a test-drive within seconds. The cubes featured a "start/stop" button: once "start" was pressed, an Audi A8 would arrive at the participant’s location precisely 90 minutes later. The cubes featured integrated sensors to identify the location, to make it easier for local dealers to deliver the vehicle for the test-drive. Once the vehicle arrived, drivers had 24 hours in which to test it out.

Celebrity creative directors count for nothing when judging Design at Cannes

The secret to Lego's success? Push back and let the community do the heavy lifting

The Middle East: full of creative potential, but hampered by barriers and traditions