If creative work is broken, then The Fawnbrake Collective is building a new alternative; here is how.

One of the great lies of our time: "It’s not personal, it’s just business."
All business is personal.
And when it’s your own business, it becomes even more personal.
So this is my personal story of starting a business.
A business born of frustration but conceived with love.
It’s called The Fawnbrake Collective.
Let me explain.
The homepage reads:
Fawnbrake is not an agency.
Not an update, a refresh or a reboot.
Fawnbrake is a redesign of working structures
For better ideas and smarter strategies, collectively.
Flat. Fast. Flexible.
Together.

This is my story:

I stepped out of the agency world at the start of 2017 which allowed me to spend time with my mother as she entered the last stage of a terminal cancer diagnosis. In a way Fawnbrake was born out of days spent in chemotherapy units and nights on hospital floors. Watching a loved one dying is tough. When death arrives it is a brutal wake-up call about how you are spending your own life. Their funeral and eulogy makes you think about your own. Life moves fast and none of us know how much time we have. I have long been a believer in "the fierce urgency of now." So I suppose that is why it was important for me to make something good out of the experience and to do it with velocity. 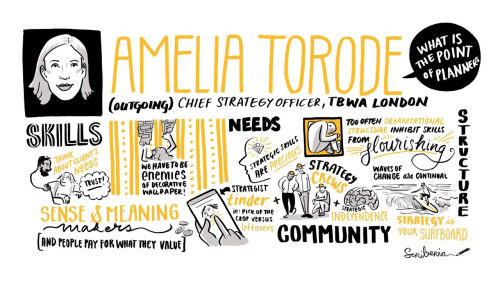 A broken model: companies need access to talent not to "own it"

I was certain of some things: There are too many agencies, chasing too few briefs for too small budgets. I predict that within three years half the agencies in London will be gone. Supply is vastly out-stripping demand. I could also see agencies struggling with the "talent access" vs "talent ownership" issue.  Holding companies would impose bans on freelance resource seeing it as a cost to the bottom line, but the reality is that in the 21st century it is impossible to "own" all the talent in-house that you need to solve a client brief – companies need to access talent not own it. Clients I spoke to are finding agencies increasingly hard to buy. Agencies were offering them the equivalent of a set five-course menu complete with required wine pairings, when actually what they were looking for an experience more akin to Yo! Sushi, faster and more flexible.

People in agencies were frustrated, clients were frustrated. I was frustrated, The system was creaking. The structures were wrong. The bureaucracy and hierarchies still prevailed and everything seemed to have gotten too big, and as Sundar Pichai, the Google chief executive says: "Pretty much every great thing gets started by a small team." I also knew from experience that "changing the agency engines while the plane is still flying" is dangerously impossible. So I realised that I wanted to start something new rather than modernising something old. However, I didn't want to start an agency as the last thing London needed was another agency.

I Post-It Noted around some 'what ifs': What if you could strip away all the agency structures and legacy systems that were getting in way of work, what would that look like? What if you could free up time from the continual neurosis of email? What if you could do away with layers and departments? What if you could redesign working practices to fit the way that people want to work today? What if, instead of thinking about freelancers, you thought of them as independent talent?

In a Demos report entitled Disorganisation: Why future organisations must ‘loosen up, the introduction resonated: "You may feel uncomfortable with the idea if you actually run an organisation, but there is a clear message evident from the results of this report: we have to ‘let go’, or ‘disorganise’. Otherwise the employees that we all need, the brightest and the best, will gravitate to more open, more flexible set-ups that fit their values and respond to their aspirations. Changing expectations of working life place new demands on organisational strategy. Employees want more human organisations with greater autonomy and flexibility. They want an experience of work that is aligned with their values. They want a workplace forged in the image of their identities, not a workplace that tries to define them."

It matched everything that I was hearing and feeling. It became obvious that I wanted to create a collective when I found its definition online: "a decentralised group that share at least one common issue or interest… with aims to reduce costs to clients while maintaining healthy rewards for participating partners. This is accomplished by eliminating the operating costs." Suddenly I realised that I wanted to build a loose, horizontal Collective as an antidote to the broken, hierarchical agency model that I had lived through. 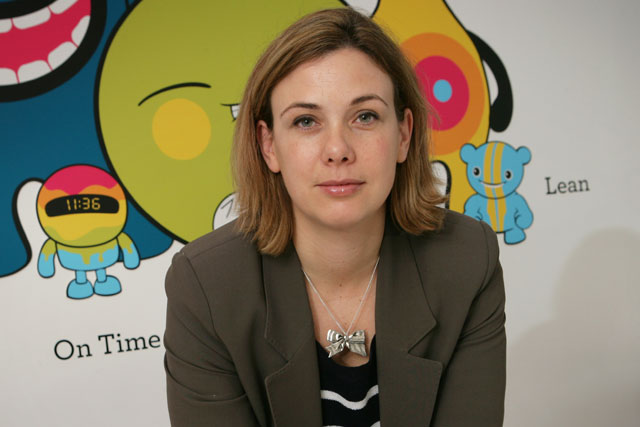 So this is the Fawnbrake theory: No structures, systems, overheads or operating costs. A small senior group of independent experts operating collaboratively, but also still able to pursue their own business offerings. A third space between corporate structures and being a sole trader. A virtual collective with no HQ, co-working spaces as and when needed. A ban on internal email, social messaging apps instead. A Collective powered by karma not kickbacks, for example each Fawnbrake collective member (Fawnbraker?) is obligated to help when asked by the others without financial incentive and to participate in monthly StratHacks for pro-bono clients. No commision for introductions, flat and transparent fees for clients.

The core collective than connects out into what I am calling an "& Friends" model, partnering with best in breed freelancers or small independent agencies in the UK and beyond that share values and beliefs. Each team should look different for each client project because each client project is different, but Fawnbrake should operate as a kite-mark.

New business conversations are coming from a multitude of different sources, either directly from clients, or other independent businesses or (and this has slightly taken me by surprise) from agencies (PR/experiential/design) looking for a "plug and play" brand strategy and experience design solution. HiyaCar, the Airbnb of cars, is our first client and they were looking for a brand positioning, visual brand world and London launch by the end of November. We signed our second client last week - it is a strategy project for a global client which sits at the intersection of sport and technology.

Things might change. Clients might want more physicality than our collective offers. It may be that a senior collective operating system can’t make money. It may be that it’s too hard to find the right experts to work with. But at the moment it’s hugely exciting, invigorating and exhausting all at the same time. So that’s it really, a new operating system not a new agency.

I heard this quote last week: "It is not the critic who counts; not the man who points out how the strong man stumbles, or where the doer of deeds could have done them better. The credit belongs to the man who is actually in the arena."

It’s time to step into the arena.

Ameila Torode is founder of The Fawnbrake Collective