Confidence among advertising and media industry leaders about the prospects for their own companies has fallen to a four-year low, according to a survey of 600 senior executives at brands, agencies and media owners.

Kathleen Saxton, founder of The Lighthouse Company, which compiles the annual New World Talent Survey, warned that confidence could slump "to lows not seen since the depths of the 2008 recession" if the trend continues this year. 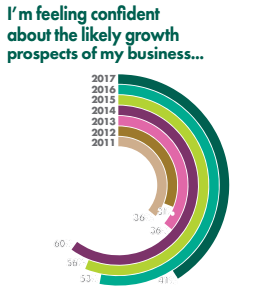 Almost 70% of those surveyed also said there is a shortage of leaders who can drive "transformational" change.

Nearly two in five leaders have contemplated leaving the industry in the past 12 months, a sharp rise from 2016. Facebook, Google, ITV, Snapchat and PHD topped the list of businesses that were considered to be performing well.

The Lighthouse Company named headline sponsor of Campaign A List

A fifth of UK agencies lost business due to Brexit