Out of home, radio and Waze combine to create a new, more targeted, useful and effective ecosystem for brands

Surprising fact: 67% of the UK workforce use their car to commute, spending 75 minutes a day behind the wheel. That’s how long it takes to fly to Paris. And it equates to two years across the average life span.

For marketers, it is a huge chunk of time in which to communicate with consumers.

Out-of-home and radio have been the traditional means of doing so - but now, ads-on-maps platform Waze can bring targeted, contextual and relevant opportunities, based not only on where people are in their cars - but where they are going to.

Waze is a free driving app which uses crowd-sourced data to find the best way for someone to drive from A to B and which carries advertising on its maps.

Brands, agencies and media owners came to Campaign’s "Driving Digital" breakfast session, in association with Waze, to hear industry experts discuss how these three media are increasingly working together to deliver a fresh, connected opportunity for advertisers.

Here are the main take-aways:

1. A revolution in collaboration - and opportunities

"There are now many more open source conversations between media owners," says Sue Unerman, chief transformation officer at MediaCom. "When there is a net gain for more than one media owner, they are coming together to work better than before. "There is a revolution in collaboration."

This recognition that treating the "in-drive" market as a whole ecosystem that is greater than the sum of its parts is giving brands a whole new way of driving footfall, increasing brand awareness and generating new creative opportunities to contextually target consumers in a useful and relevant way.

It’s a move that is also helping to drive increased spend in the sector: radio adspend grew by 60% between 2014 and 2019 and OOH investment was up by 25%.

Waze works with Newslink and GTN Radio to synchronise media plans and serve ads on the Waze app that correspond with, and add to, what the driver is hearing on the radio.

3. Be in the car on the customer journey

Pat Ruberto, global media head at Mindshare’s Team Energy, believes this is "a unique form of advertising." Waze is a cornerstone of his client BP’s "always-on" strategy, having worked together globally for around three years. "We’ve traditionally used radio to target people in their cars, but we know now whether they are on their commutes, their holidays or business trips. If we can be in the car with them while they’re making decisions, we can fit seamlessly into their life and what they need."

It’s backed up by the numbers. In a campaign where Waze and radio worked together for Citroën in France, navigations to dealerships among Waze users increased by a staggering 90% and brand awareness grew by 20%.

To integrate with OOH, Waze geo-fences billboards and serves relevant ads to drivers as they approach them and are at a standstill - anything from the latest supermarket deals or car launches to a mouth-watering menu option at a nearby restaurant. Essentially retargeting OOH to drivers - or W/OOH, as Waze calls it.

Nigel Fung, Waze’s UK sales lead, points to a Google consumer survey that shows location is a key factor to driving footfall. "By combining OOH with Waze, you show drivers ads in a useful and unobtrusive way, spurring footfall while building long-term brand awareness," he says.

The numbers back this up too. A campaign aimed at driving footfall to Toyota showrooms saw a 58% increase in navigations to dealerships when using WOOH compared with using Waze or OOH alone.

5. Map ads can also be creative - fancy having the Coke Santa drive you home?

Beyond the results, Unerman suggests there will be "a creative revolution too". The combination of OOH, radio and Waze is "such rich territory for creative work," she says.

"For our Coca-Cola Christmas campaign, people could change their Waze voice to Santa, a gorgeous affinity-driving campaign. Integration with travel updates on radio are already powerful. Going further you could personalise the music behind an ad for each person." 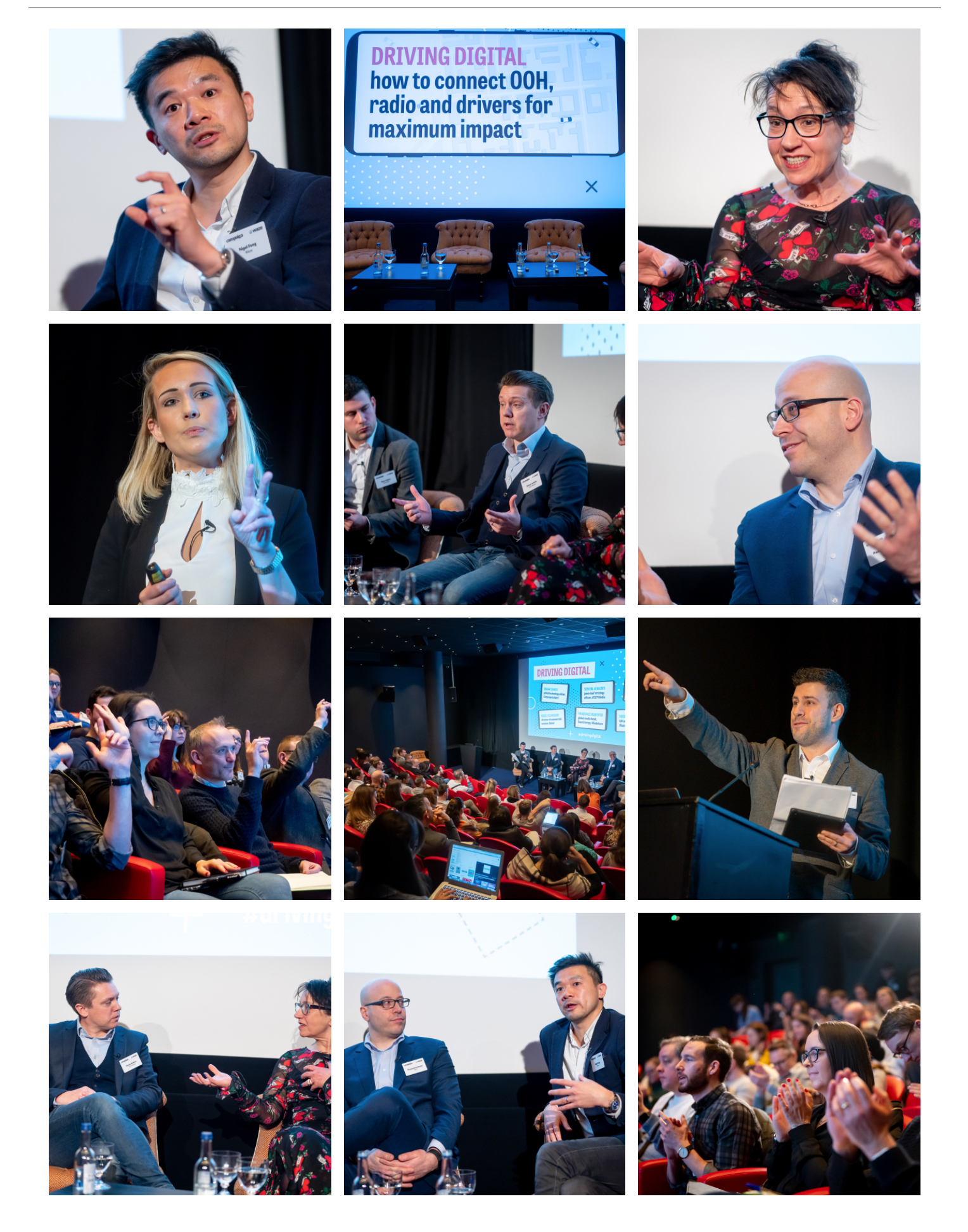 The addition of Waze with its 3.5 million UK users to the OOH-and-radio mix is "another galvanising force," says Simon Jenkins, joint chief strategy officer at VCCP Media. "The power is in the data it’s bringing to the party."

But there is a danger of going too far with personalisation and exacerbating the bombardment people already feel from digital channels.

"We want to be as personalised as we can be, but we don’t want to be too intrusive. We don’t want the ad to say: ‘Hey Pat, you’re on the A4, pull in here’," says Ruberto. "That would creep people out."

How, then, do you guard against that, asks Campaign’s global technology editor Omar Oakes.

Firstly it’s about ensuring the frequency and relevancy, says Fung. But it’s also about the amount of context Waze’s data delivers. In a survey of Waze users, almost half the respondents didn’t even realise they were seeing ads.

"We think of ourselves as being useful. Like a utility," he says. "We do limit the number of ads but it goes beyond that. We work with brands that are also useful, so we don’t bombard consumers." A campaign for Deliveroo targeted drivers who had set "home" as their destination in the evening with a dinner plan message just before they arrived, for example.

"What we could do - and what we actually do," adds Fung, "are two different things." The experience of more than 1,000 brands working with Waze across 40 countries bears that out.

"Waze is available programmatically via DV360 but the best results we get are when we work at mass and aggregate our findings."

Jenkins agrees. "Post GDPR we all have challenges in tracking people around. Any media channel that can intervene in a journey is fantastic. Waze is a brilliant app for this."

8. The future is still car

The number of cars is expected to double by 2040, says Fung. So the time people will be spending in cars - and the potential for advertisers to connect with them - is only set to grow.

And, with the advent of connected and driverless vehicles, "who knows what we’ll be doing while we’re in cars?" says Unerman. "The future of this is really exciting."

How to drive digital effectively

Why Waze always comes out five or ten minutes quicker

How Waze is driving performance