It's interesting how some brands, despite cracking down on marketing channels they view as difficult to track, are still willing to splash out on large-scale PR stunts. This has given me cause to reflect on how marketers decide on their budget allocations with a focus on PR stunts and experiential activation.

While I can see the merit in some cases - where the stunt amplifies a brand or attracts warm feelings to it in relation to a special celebration or charitable achievement - it still appears that in some instances a lot of money goes into PR stunts for uncertain returns, compared with other marketing activities.

I recently had an animated conversation with a journalist about using the River Thames as a backdrop for PR stunts. There are restrictions on what you can do on the Thames and when, which means they often require substantial investment and are set up very early in the morning.

This means there is usually no one around when the stunts are carried out, so they rely on PR for media coverage and to make an impact, rather than being witnessed first-hand by the people who, presumably, the activity is designed to impress.

That said, when brands get it right, PR stunts can be a good way of grabbing the public's attention. Good examples of this are eBay's recent 20th birthday cake and W Hotels' activity in Amsterdam. But while stunts like this may cause a spike in awareness, I'd question whether there is any long-term return on investment for marketers. 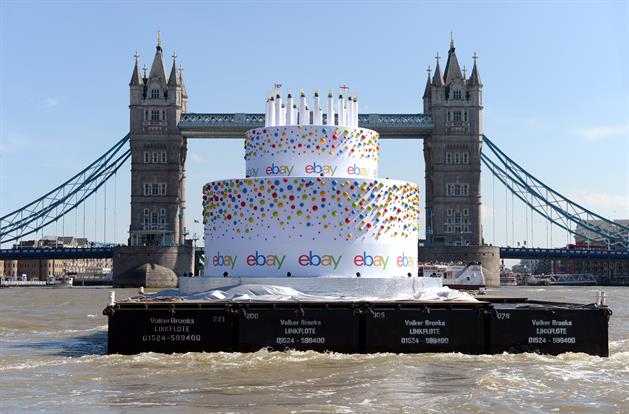 The eBay activity must have had a sizeable budget to buy so much time on the Thames, let alone create a six-foot illuminated birthday cake. The same goes for the floating island the Croatian National Tourist Board constructed to launch its 'Full of Life' campaign. The island passed London landmarks throughout the day, before being moored by Tower Bridge to host a party attended by various celebrities and familiar faces.

It's hard to ignore that good PR stunts can create a buzz, but I would argue that this doesn't last long. Industry people may remember them for years to come, but they're likely to be forgotten by everyone else much faster than a brand would hope.

As a marketer, I would put my money on experiential marketing every time. Of course, I may be biased, but if you look at what some of the best experiential campaigns have achieved, the results speak for themselves. Whether it's the launch of Vodafone 4G with touring activity nationwide or Flora Cooking with Schools reaching a huge number of UK primary schools, experiential marketing can improve brand recall, create customer loyalty and start conversations with new customers. All the campaigns listed had clearly defined key performance indicators and delivered ROI.

If brands really want to engage consumers and make a lasting impact, a considered combination of experiential and digital activations can achieve far wider reach, deliver meaningful face-to-face interactions and, with the right strategy, generate results that lead to a tangible return on investment.

How to...stage a PR stunt on the Thames

In pictures: Croatia sails Adriatic island down the Thames

In pictures: Ebay sends oversized birthday cake down the Thames

Letter to My Younger Self: Lizzie Carver, MCM Creative