Innovation developed in the last three years accounts for 25% of Pernod Ricard's organic growth. To highlight the top 100 projects and flag up innovations to come, yesterday the French spirits company brought journalists, analysts and partners together for an 'innovation day' in Paris themed around 'The Future of Conviviality'.

Held at Ecole 42, a coding academy in Paris, Pernod left its most eye-catching innovation until the end. Its last presentation of the day was focused on the Gutenberg project which to put simply is a library of connected book-shaped containers designed to help with home cocktail-making and a whole lot more.

It was developed by Pernod's Breakthrough Innovation Group - or BIG - seven funky individuals who exist in a "non-hierarchical" unit (though it does have a managing director) on a mission to think the unthinkable.

The unveiling of Gutenberg threw up more questions than it did answers. BIG MD Alain Dufosse admitted ‘there are a number of questions I can’t answer or am not willing to answer’. 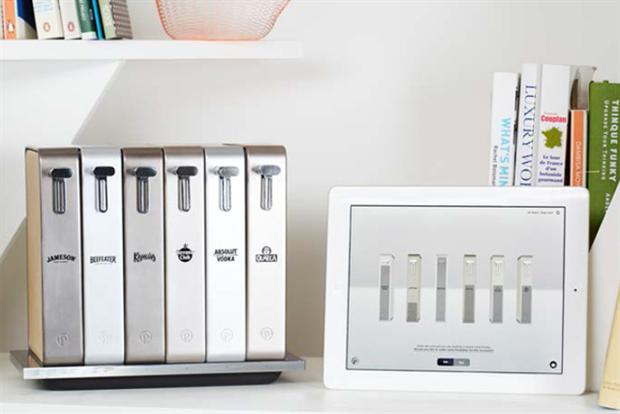 What he was able to say is that the Gutenberg books would be ‘mechanical not electric’, recyclable, use a spout and would trial in a number of major cities around the world and the brand architecture was not yet finalised.

Watch this video to find out more.

Earlier in this session, the latest iteration of its wearable tech for the Ballantine’s brand, tshirt OS 2.0, was unveiled but it was somewhat overshadowed by Gutenberg. Since its launch in 2012, the company has refined the concept, a programmable connected t-shirt allowing users to personalise its image on the go, in partnership with San Francisco wearable tech company Switch.

The new product was pretty slick and – in news that brought a titter to the room - Pernod was able to reveal that this version can now be washed.

The day had started in manic fashion. Young digital types from Ecole 42 were given the chance to pitch their ideas for an app aimed at embodying the ‘future of conviviality’ with the audience voting for their favourite at the end. 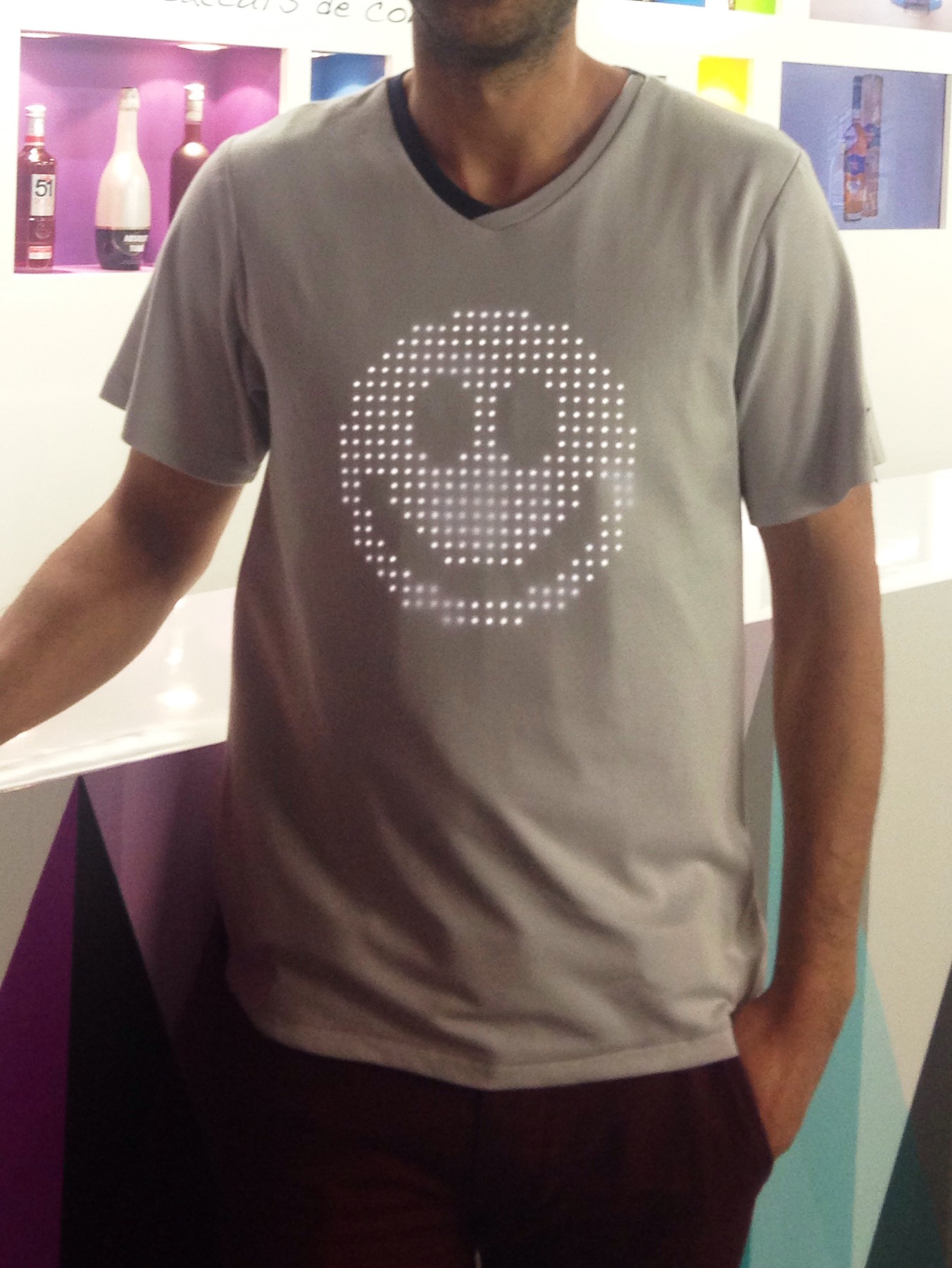 Most of the ideas sounded the same. Lots sounded like they would make life harder rather than easier as well. Why would anyone need ‘After Hours’, an app to help organise a work night out? Surely, it’s easier to just email some of your colleagues or even speak to them?

The creator of 'Quizzobar' said it would be "populaire en GB" but it didn’t sound better than a good old fashioned pub quiz.

One app based around encouraging clubbers to get as drunk as possible drew nervous laughter from the assembled Pernod crowd.

The odd one did sound promising, however.  ‘From Dusk till Dawn’, a social network only available to view during party time could gain traction. Another app, 'Flow', where you pay upfront for drinks and a taxi could also be popular with those who want to control their drinking and spending on an evening.The winner, who will receive funding from Pernod to make their idea a reality, will be announced by the end of the week.

As one of the biggest French companies with a number of historical brands – Martell turns 300 next year - Pernod Ricard is a company of intense interest to the French media.

It was telling that the first question from a French journalist during the morning’s Q&A was to enquire whether any of this innovation was present in France given that Pernod was now more concerned about the rest of the world than its home country.

Clearly left smarting by the accusation, after lunch Pernod Ricard’s deputy chief executive Alexandre Ricard went to lengths to explain why this was far from the case, how lots of innovation projects ran in France and how important the country was to the company.

Negative headlines avoided, with the confidence of someone whose name forms part of a multi-national company, Ricard revealed how he thought a fledgling tech start-up called Google seemed like a waste of space when he met the founders in the 1990s.

Amusingly, he even produced a powerpoint slide on this with the aim of demonstrating that something that seems a bit random might actually come up trumps. 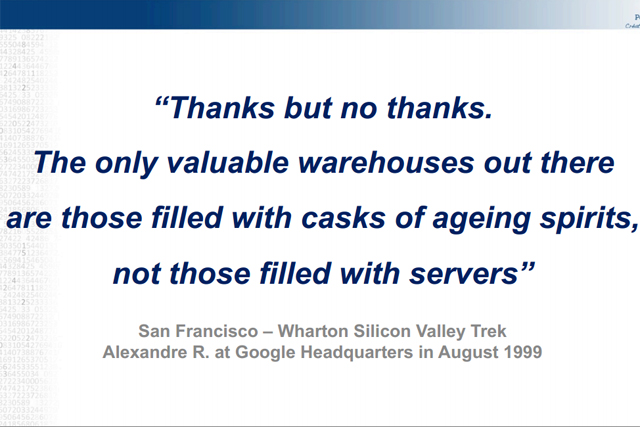 All in all, Pernod’s second innovation day could be termed a success. The combination of developers, seemingly wacky ideas but hard numbers showing that innovation is growing the business meant the company came across as dynamic, modern and refreshingly unstuffy.

Most wearable tech is irrelevant to women

Pernod Ricard CMO Martin Riley on innovation, Brazil and being unafraid to fail