The Internet of Things, like virtual reality, artificial intelligence and robots, has been high on the agenda at tech conferences this year.

Part of the reason is that hardware makers have identified the Internet of Things as the next possible cash cow after mobile.

Up until now, mobile connectivity has been limited to a device in your hand. Imagine that spreading to every conceivable inanimate object, and what that means for the attendant tech ecosystem.

For non-tech brands, few marketers want to miss out on the next big platform after being slow to adapt to mobile – even if the Internet of Things turns out to be guff.

And there is some expectation, particularly among security types and techies, that the IoT will turn out to be guff, as exemplified by the Internet of Shit account on Twitter.

The dream is a world in which your connected chair senses you are stressed and asks if it can give you a massage.

But if the Internet of Things is badly implemented, then the prospective reality is a muddle of software and hardware that can't talk to each other, and bombards consumers with notifications.

If email notifications are already a cause of stress, imagine what naggy toothbrushes will do to consumers.

Living with the Internet of Things

In partnership with Internet of Things agency SharpEnd, Mindshare gave five London households an Android smartphone equipped with a custom app, and ten products with connected packaging to use over two weeks. 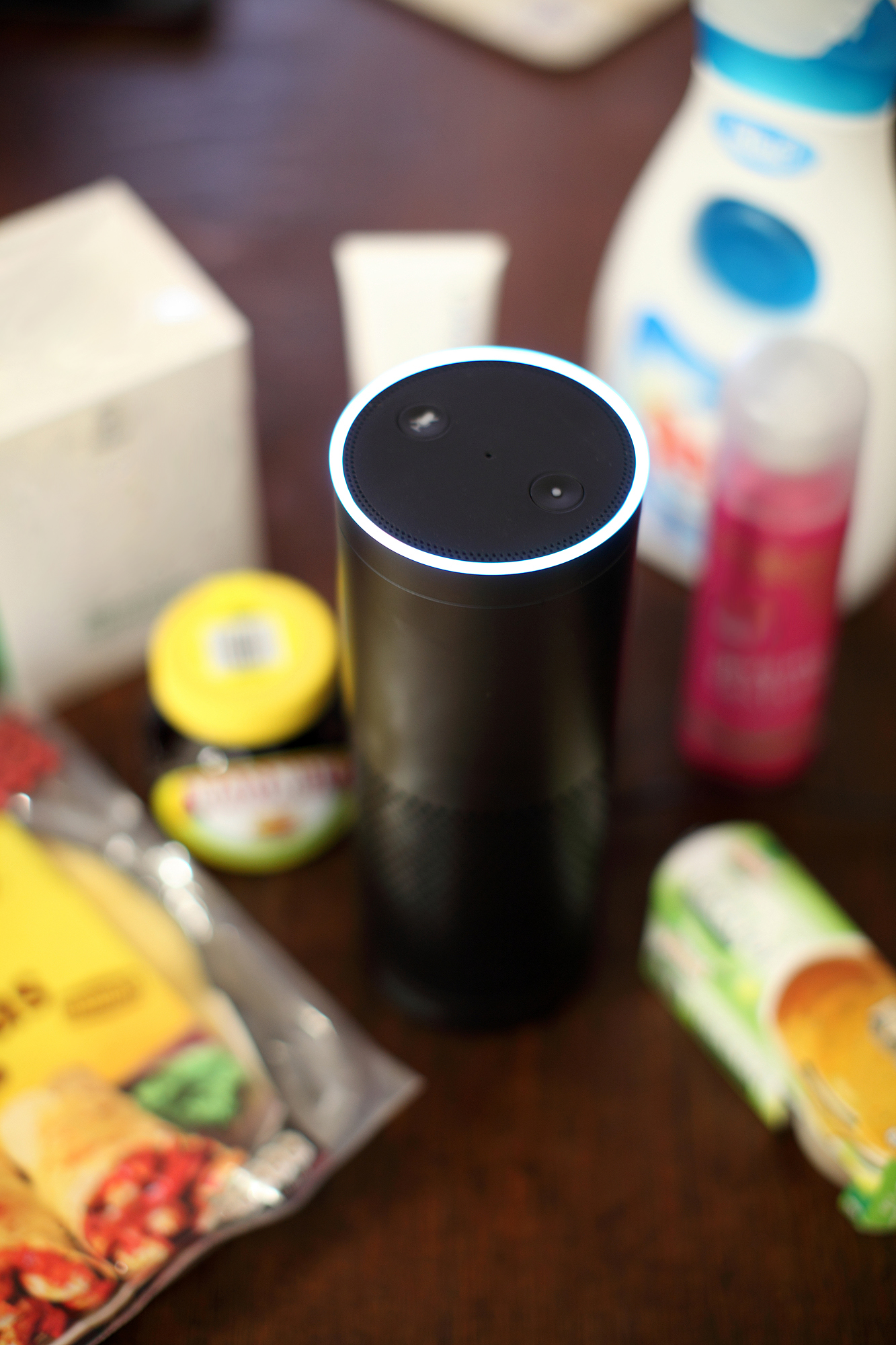 The idea was to test different use cases, and whether connected products were something consumers would find useful, annoying, or pointless.

Mindshare and SharpEnd created a custom app for the Android smartphones, which could interact with each connected product.

The packaging on the creams, stockpots, tortillas, hair spray, Marmite and vodka all contained NFC tags. This allowed participants to simply hold their phones against the packaging to bring up different content, without having to open the app or camera.

Participants could either actively interact with brands by scanning product packaging, or else receive notifications passively on their Android devices. 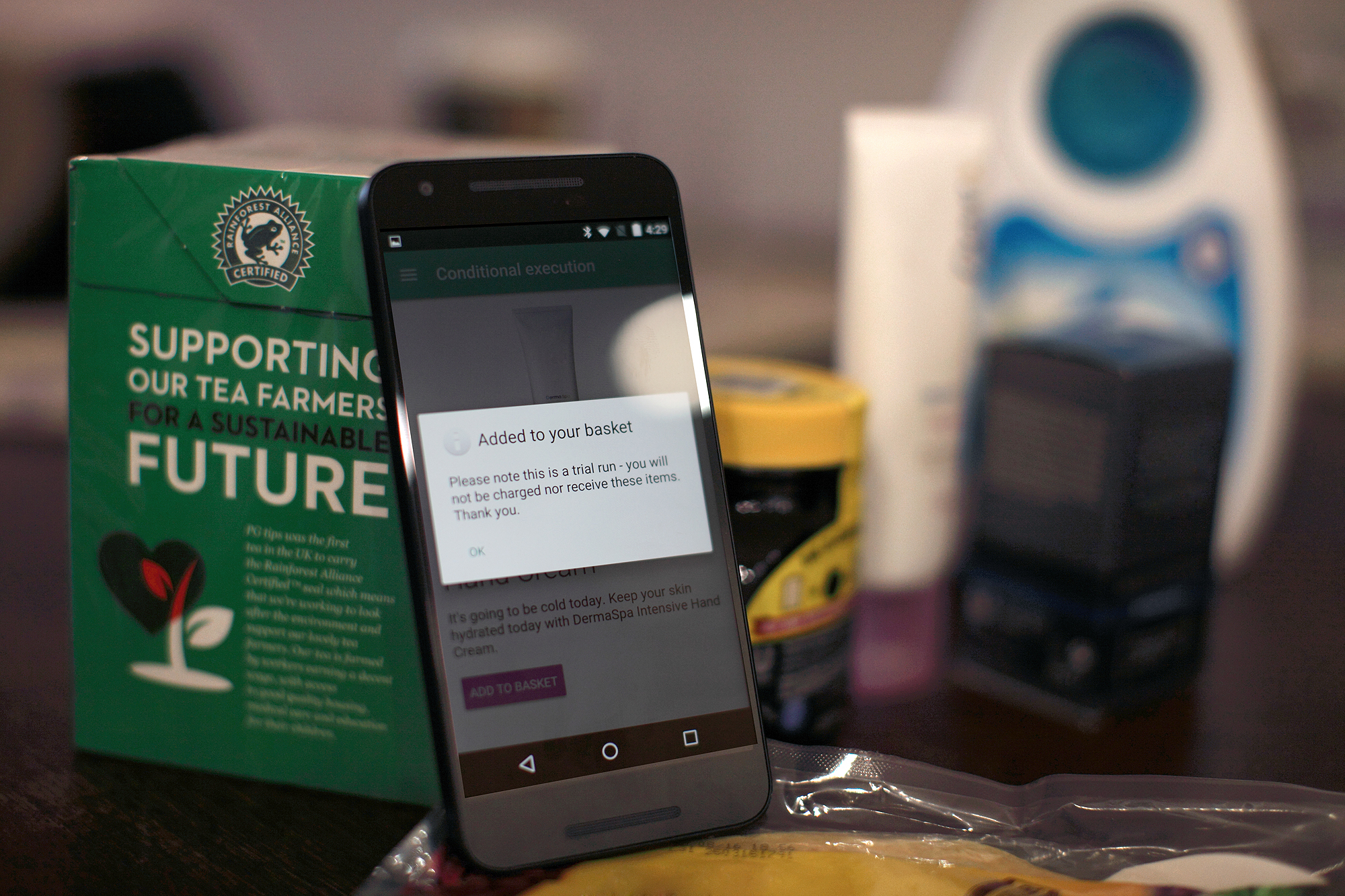 For example, on cold days, participants were sent notifications reminding them to moisturise. What was interesting, noted Mindshare’s insights director, Tendayi Chivero, was that female participants said they didn’t need the reminder because they already moisturise. But the men found the cold weather notification an effective reminder to put on some face cream, since they weren’t already in the habit.

That’s one example of how brands would need nuanced understanding of the consumer in order not to annoy them with needless notifications.

Conversely, participants who scanned a pack of flour tortillas with the smartphone would bring up recipes, and the ability to buy other ingredients. 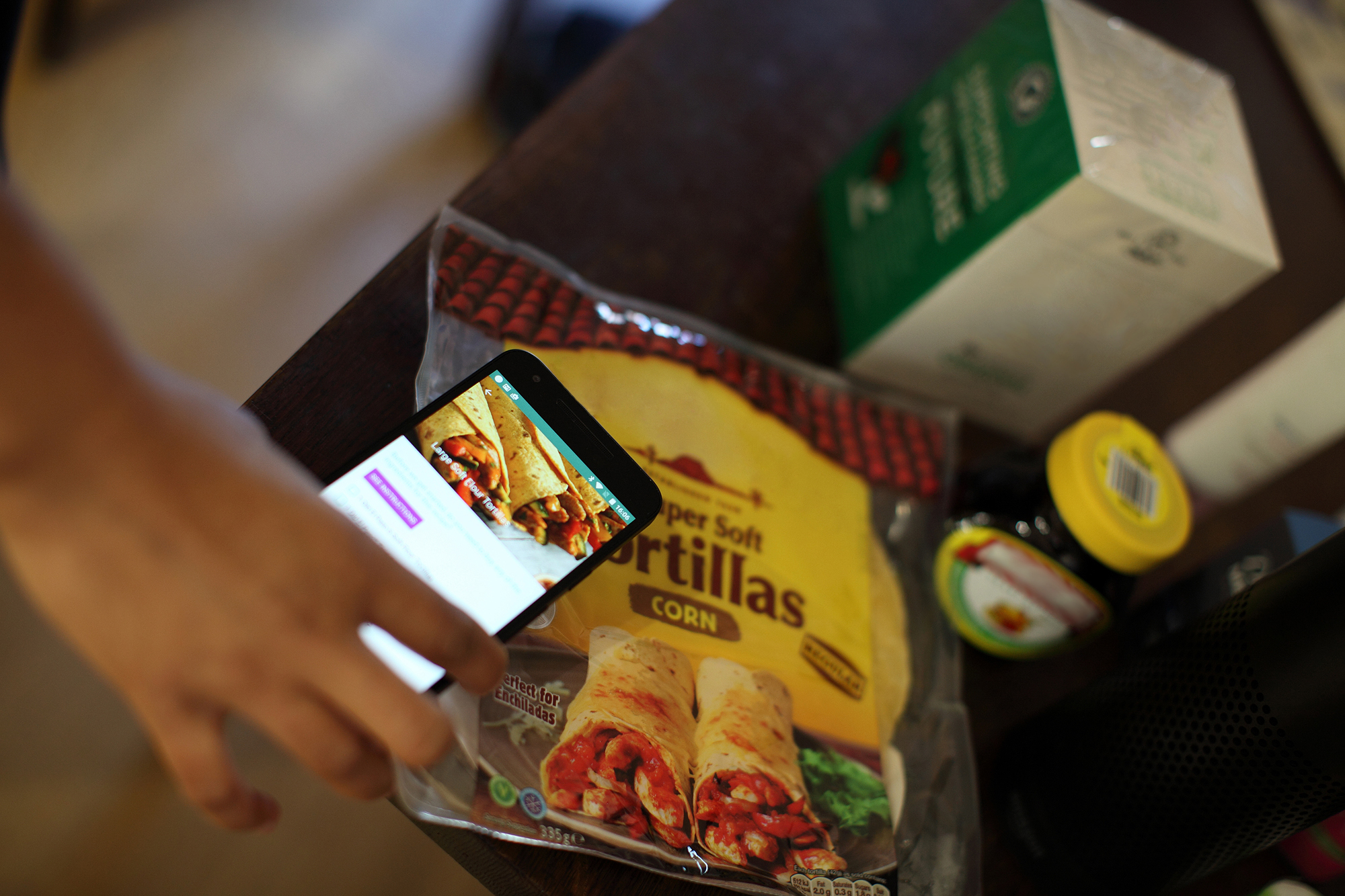 In one area, Mindshare set up a geo-fence around participants’ local Tesco. When they entered the geo-fence, they received a notification telling them to stock up on Marmite. 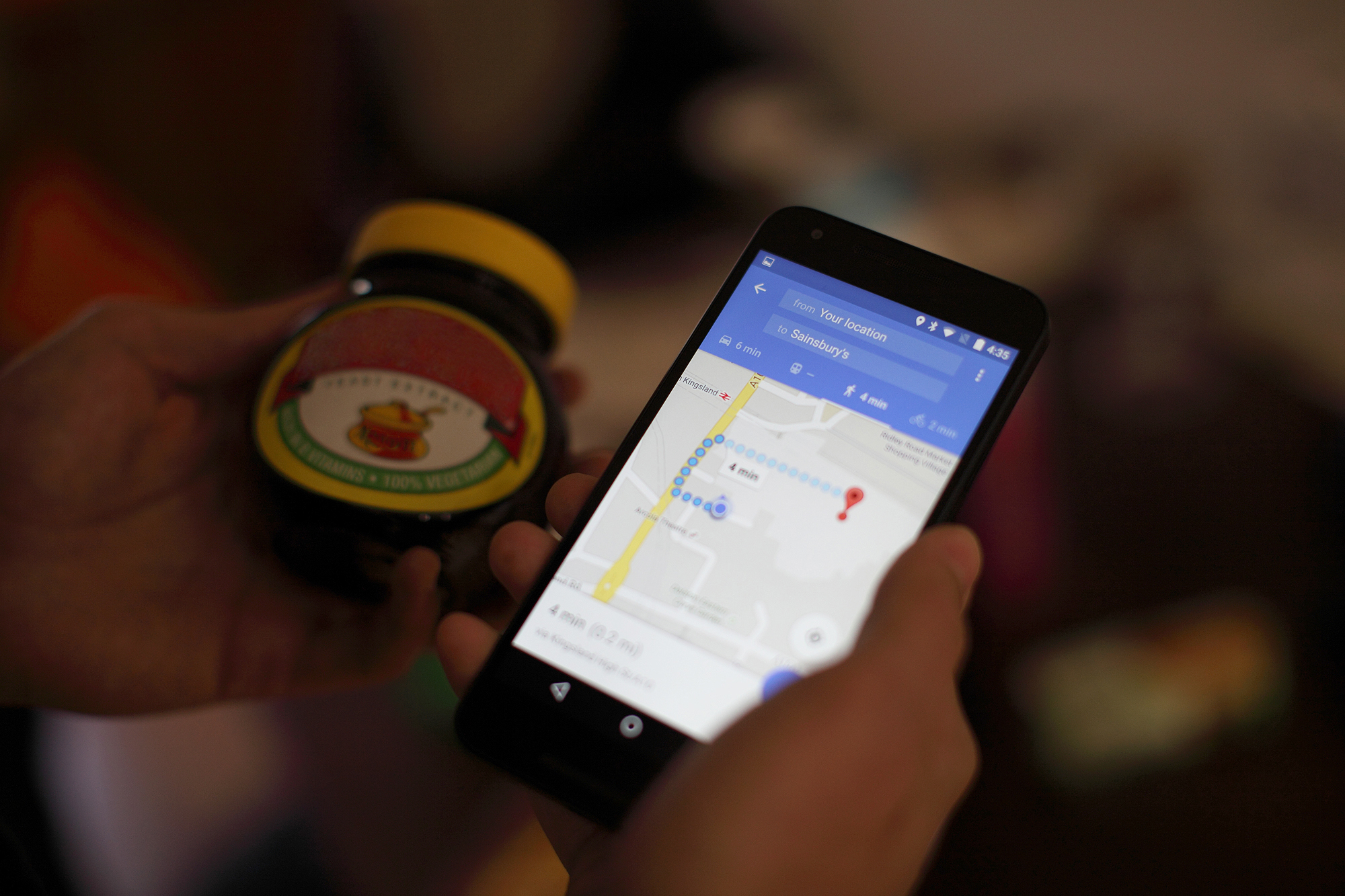 When Marketing tested out the products, we tried scanning a can of hairspray with the Android phone. This bought up a fishtail plait tutorial from Zoella – a nice idea for adding value to a product, rather than trying to push a sales message. 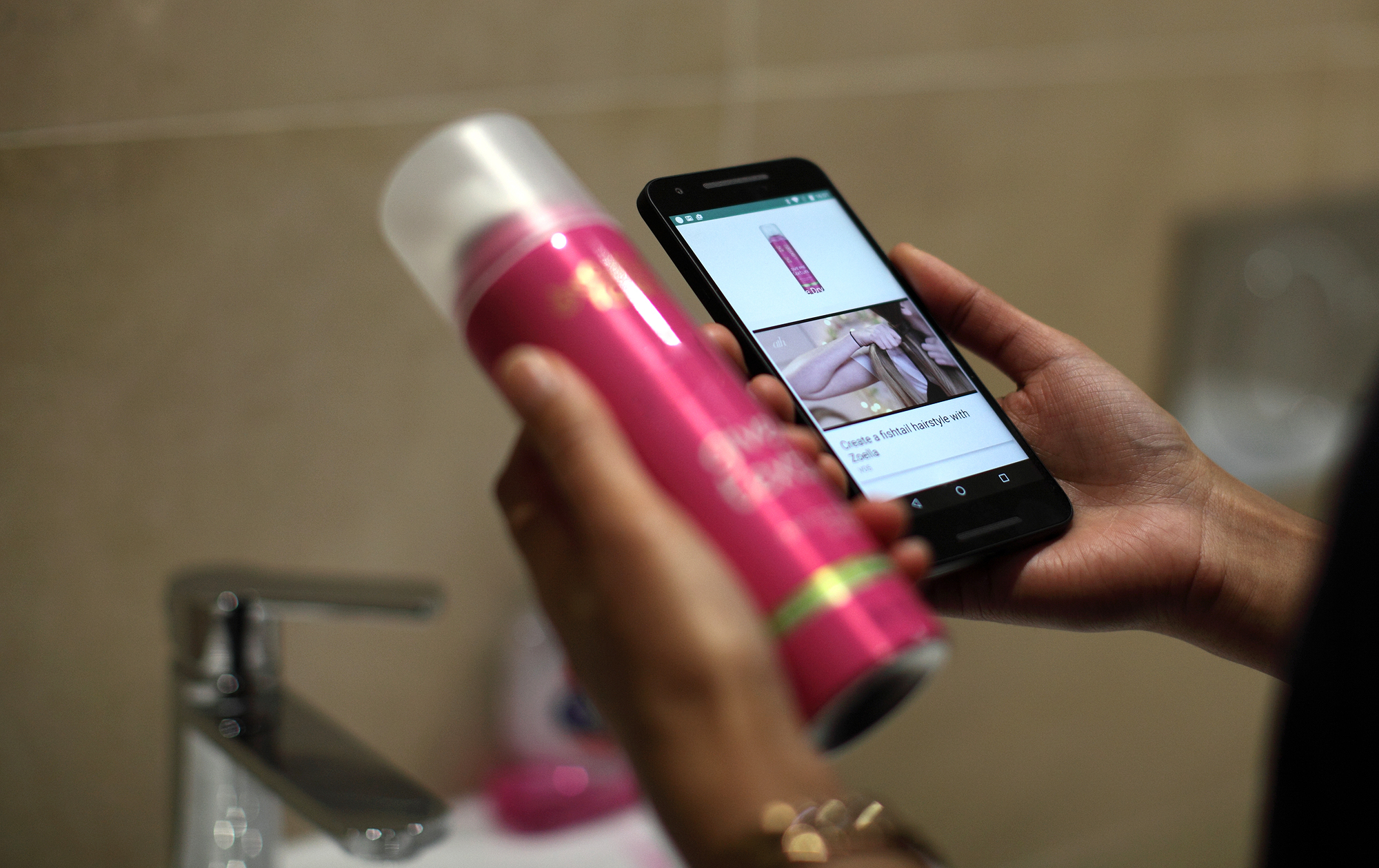 Can consumers live with the Internet of Things?

In Mindshare’s quantative survey of 1,000 consumers, the majority were receptive to products that could add value to their lives.

That’s all very well when it’s just one or two products, notes Mindshare’s Chivero. If the Internet of Things takes off, consumers will need some kind of filter for additional notifications.

He said: "There is a strong desire for technology to declutter and simplify our lives, rather than add complexity.

"In a world where every item that you bring into your home, from your fresh bagels to your window cleaner, has the potential to communicate with you, overload of information is an understandable fear."

Chivero added that product interactions could be managed through a virtual assistant - such as Amazon's Alexa, Siri or Cortana. This, he says, would give them "control over when, where and how they interact with individual products."

The irony for FMCG brands, of course, is that this again puts them at one remove from the consumer. Perhaps in future, they'll be marketing to Siri.

Is it #RIPTwitter or will the platform be flying high in 2026?

How a decade of Twitter schooled brands in immediate customer service

The future of emotion