As polling day draws ever closer, the two main parties outline why they deserve the industry's vote. 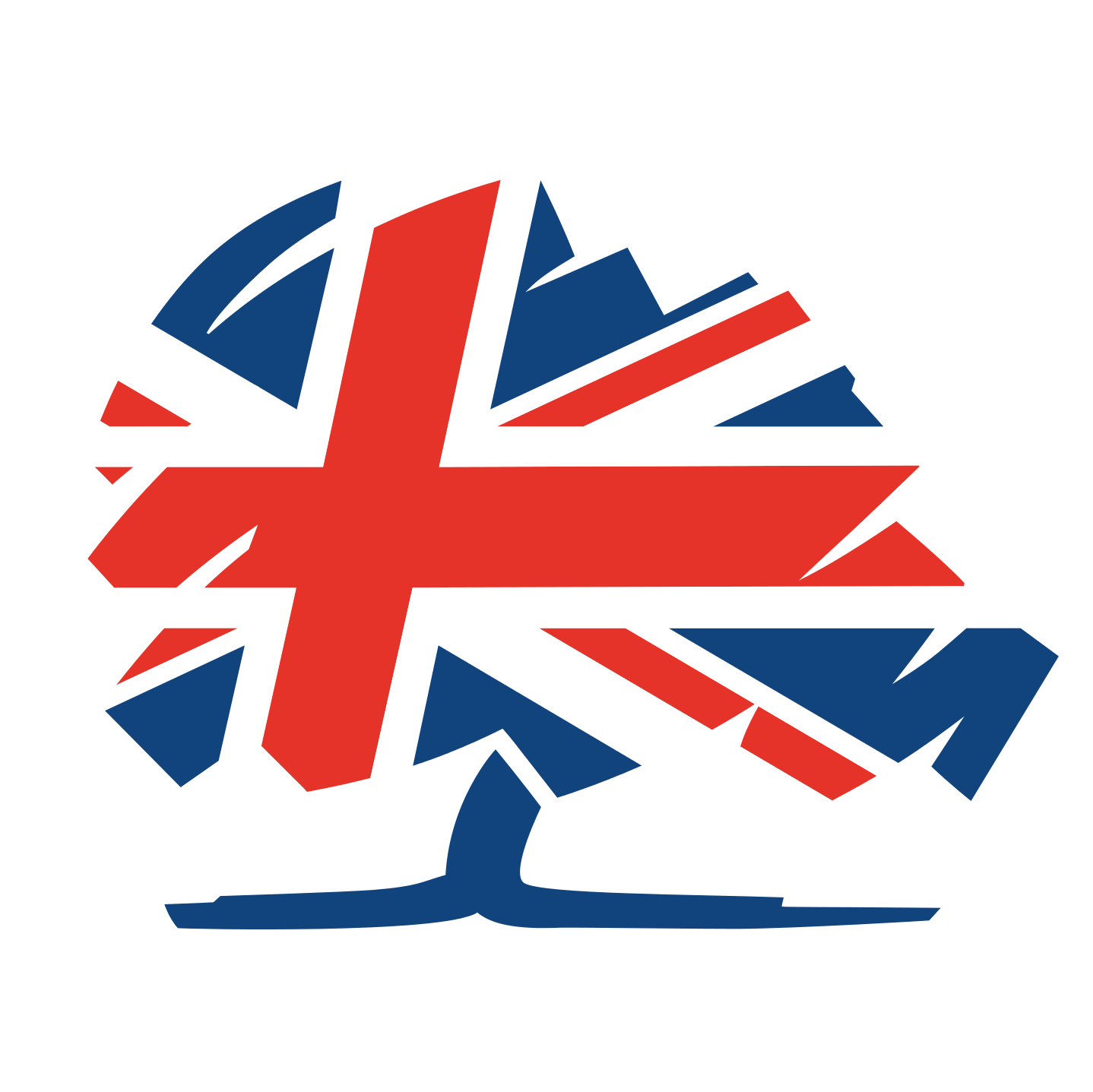 When James Murphy was asked at the Advertising Association’s LEAD 2017 summit why the UK advertising industry was so successful, his reply, that it’s because we are good at it, was of course right, but it is also supported by London’s status as the pre-eminent centre in Europe for digital and creative businesses.

Jump to the Labour view

The clusters of world leading creative companies in Soho and Shoreditch are a testament to that. The growing importance of the creative industries to cities like Edinburgh, Cardiff, Bristol, Birmingham, Manchester and Leeds underline its strength across the whole country. The policies of the current government, to promote the UK as a global centre for production, particular in film, TV, videogames and animation, all support the broader creative economy. The success of the enterprise investment schemes has helped to launch new production companies, agencies and digital businesses.

We should work together to keep revenue from mainstream online advertising away from people who seek to undermine our society through distributing fake news, illicit material and messages of hate

If the old maxim is true that advertising only works if people buy what you are selling, then a strong economy has to be the bedrock of a successful advertising industry. Competitive corporation tax rates promote investment by business, and since we have cut the headline rate of tax from 28% in 2010 to 19% today, the total revenue raised has gone up. If a government sought to put up corporation tax, as Labour says it would do, then it is likely that a higher rate will lead to less revenue for the Treasury, and declining rates of investment from businesses.

Earlier in the year, I met with Senator Dodd, the chair of the Motion Picture Association of America, and asked him why the studios he represents continue to invest so heavily in the UK. His answer was clear, that it was based on the production tax credits that make doing business here so attractive, and access to the talent within our creative economy. We need to keep the UK open to international businesses, and to encourage leading practitioners from around the world to live and work here, but we also need to support our own next generation of talent. The Conservative manifesto will reform training in the UK, by replacing 13,000 existing technical qualifications with new ‘T-levels’, across fifteen routes in subjects including creative and design, digital, engineering and manufacturing. We will also invest further in education colleges to make sure they have world-class equipment and facilities, and will create a new national programme to attract experienced industry professionals to work in further education colleges.

In the early 2000s, I spent nearly ten years working at M&C Saatchi, and of course the biggest change to the advertising industry since then, has been the rise of digital media. The UK is one of the most advanced online economies in the world, with recent research showing that UK consumers spend more per household shopping online than any other country in the world. Investment in our national digital infrastructure is vital to our future economic success, and the Conservative manifesto commits us to delivering the universal service obligation for superfast broadband for every home and business in the country by 2020. We will also introduce a full fibre connection voucher for companies across the country by 2018, and by 2022 we will have fibre spines in over a hundred towns and cities, with ten million premises connected to full fibre. By 2022 we will also extend mobile coverage to 95% geographic coverage of the UK. The government has committed to release more spectrum from the public sector to allow greater private sector access, and we will begin the roll out of a new 5G network, providing gigaspeed connection to your smart phone.

Just before the general election was called, the Culture, Media and Sport select committee had announced its inquiry into fake news, considering not just how this anti-social content is distributed through networks like Facebook, but also how we get rid of some of the financial incentives for people who seek to make money out of stories that go viral. The challenge for the advertising industry in this regard has been thrown down by Procter & Gamble, rather than the government, but we all have a common interest in this concern. We should work together to keep revenue from mainstream online advertising away from people who seek to undermine our society through distributing fake news, illicit material and messages of hate.

Finally, there is no doubt that delivering Brexit will be one of the greatest peace-time challenges that this country has faced in the last 100 years, and getting it right will be the top priority of the new government. Earlier this year, as chairman of the Culture, Media and Sport select committee I initiated an inquiry into the impact and opportunities of Brexit for the creative economy, and the voice of the advertising industry was clear in its response; that we need to safeguard the UK’s and London’s competitive position as an important global and European hub for advertising and media businesses. At this election, we get to choose which team, Conservative or Labour, is best equipped to lead the country in these vital negotiations. 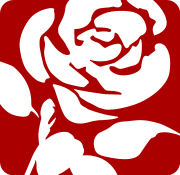 The UK’s creative industries are a sector of which we can be very proud. Not only do they contribute £84 billion a year to our economy and provide 2.9 million jobs, our arts and culture are admired around the world and give us global clout and influence beyond our size.

Jump to the Conservative view

Labour understands the power that creativity and culture can have and will ensure the investment and support they need to thrive.

The last seven years of Tory government have seen millions of pounds cut from arts and culture. Local authority spending on culture and heritage was £165 million less in 2015 than 2010. The Arts Council has had millions cut from its grant in aid. Lottery money is now being used to plug holes where government funding has been cut.

We’ll end that. Labour will create a new £1 billion Cultural Capital Fund to invest in creative clusters around the country and upgrade the UK’s cultural facilities. It will be among the biggest ever arts infrastructure funds to boost arts, music, theatre and literature and more, readying us for the digital age and supporting our economy. The fund will target areas where access to cultural infrastructure is limited and where cultural investment could provide facilities for communities to be proud of and drive regeneration and growth.

We’ll also be focusing on ensuring creative education in our schools. Since 2010 there are now 600 fewer music teachers, 1,200 fewer arts teachers and 1,700 fewer drama teachers in our schools and teaching hours in arts subjects has fallen by nearly 38,000. We’re also in the midst of a digital skills crisis with 12 million people lacking even the most basic digital skills.

If we don’t create a strong pipeline of new skilled talent, our creative industries will suffer.

That’s why we will create an arts pupil premium worth £160 million a year, to allow every primary school child in England the chance to learn an instrument, take part in drama and dance, and have regular access to a theatre, gallery or museum. We’ll also launch a creative careers advice campaign in schools to demonstrate the range of careers and opportunities available, and the skills required in the creative industries, from the tech sector and digital advertising to theatre production. The campaign will also focus on access and diversity, ensuring all students, regardless of their background, feels a career in the creative industries could be for them.

In this digital age where social media is becoming more important each day, it’s vital that our education system keeps up with these changes. Children are growing up today in the midst of an information revolution unimaginable only a decade ago, with instant access to an astonishing range of content and information. They’re also spending more time online than ever before, with the research firm Childwise estimating the average five to 15-year-old spends three hours online a day. These changes present enormous positives but the challenges of this digital revolution for protecting our children cannot be ignored. We all need to work harder to keep children safe online – the state and the private sector. We’ll ensure guidance on social media is part of PSHE education in schools and we’ll oblige tech companies to take further measures to protect children and tackle online abuse.

Protecting our children online is one of the major challenges in today’s world. It’s time the Government took that responsibility seriously – a Labour government can be trusted to do that.

Labour is winning the election on social media

Why 'bubble vision' is bad for business

This election marks the end of traditional outdoor or TV messaging

Want to win an election? Then launch a brand

Corbyn given full Kiss treatment for i newspaper's election campaign