Research conducted in partnership with The Harris Poll.

Consumers are less enamoured with closed online environments such as Facebook, YouTube and Amazon and are becoming more engaged with the open web, a reality not reflected in how adspend is weighted towards the former.

According to global research published by OpenX, nearly a third of respondents said they used Facebook less today than a year ago, with 26% reckoning they would continue to reduce time spent on the social network in the coming year. 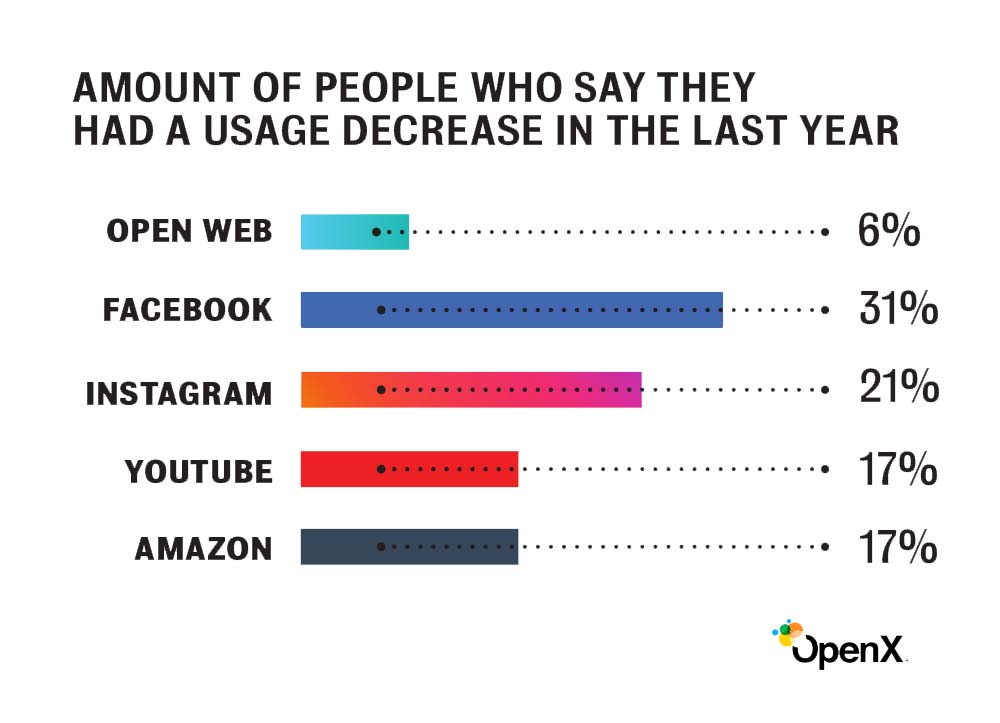 In the UK, where 1,000 consumers were quizzed, OpenX found 56% of users said that when they used the open web, they were "curious and in a mood to learn", more than twice the proportion of people who felt the same way about Facebook or Instagram. Nearly a third (30%) said they were "zoning out" while perusing walled digital environments, more than fivefold the proportion on the open web.

The rise of fake news was a major reason given for such malaise – 77% said they invested more trust in content on open websites than they did on content appearing on Facebook, Instagram and YouTube. Internet users within walled environments are six times more likely to spend less than 10 minutes browsing than those people on the open web.

OpenX highlighted the disconnect between the findings and the fact that closed-garden digital environments attract a greater proportion of adspend. It cited ComScore data: Facebook and Google account for only 34% of time spent online, but the two media platforms draw in over 60% of UK digital adspend.

When asked where they would be most likely to find ads that would entice them to buy a product, the highest proportion (52%) chose Amazon, followed by 30% opting for the open web, and just 7% for Facebook, 5% for Instagram and 6% for YouTube. 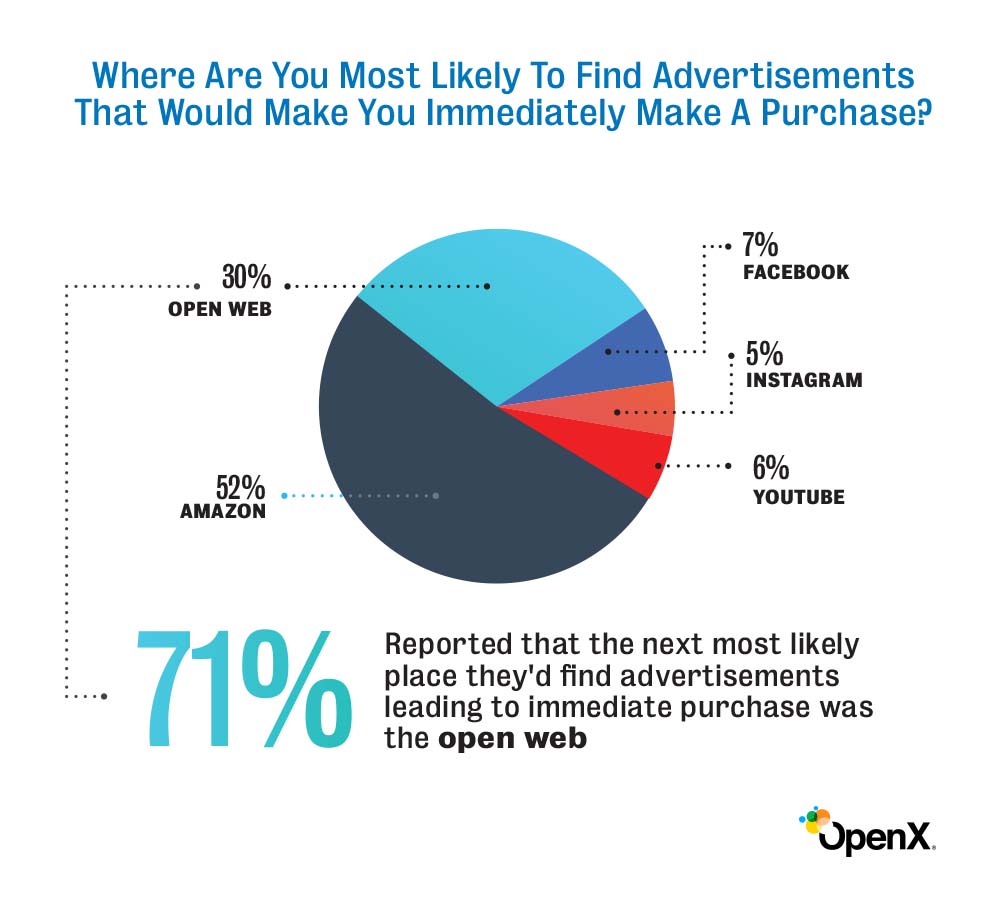 While OpenX acknowledged that Google was part of the duopoly dominating digital advertising, it noted that the tech giant’s search business is on the open web, hence YouTube was isolated to represent a closed environment.

John Gentry, OpenX’s chief executive, said: "There are a variety of reasons why the ad businesses at companies like Facebook have been so successful, but when looking at actual consumer behaviour, as revealed in this Harris Poll research, it’s clear that brand marketers would benefit from shifting more of their spend into the open web.

"Consumers spend more time on the open web than the walled gardens; the open web is the place they go for trusted information, it is where they start their searches when looking for information on businesses or gifts to buy, and it’s also the place where they report finding the most relevant and impactful ads."

The research, which was conducted in partnership with New York-based The Harris Poll, examined consumer attitudes to walled-garden environments such as Facebook, YouTube, Amazon and Instagram, versus their feelings about the open web. The survey was completed by 1,000 UK consumers.

Open web was defined as a "property, website or app that is currently not owned by a major technology company (Facebook/Instagram, Amazon, YouTube). Examples of the 'open web' include sites and apps like The New York Times, CNN, BuzzFeed, ESPN…"

The full report is available here.