As COP26 kicks off, Campaign rounds up the best ads raising awareness about the climate crisis.

Tackling climate change is the great challenge of our generation. It's one that calls to every individual, every community, every business and every nation.

As the ad industry wakes up to its responsibility to the planet, brands and agencies have marked COP26 with a whole host of ads that outline their sustainable credentials.

Campaign rounds up the best ads raising awareness about the climate crisis.

The United Nations Development Programme’s (UNDP) biggest campaign stars a "Utahraptor", who takes to the podium to deliver an important message about climate change, as the world heads towards a potential sixth mass extinction.

Basing his argument on his own experience of mass extinction, the dinosaur (voiced by Jack Black) addresses the congregation: “Going extinct is a bad thing. Driving yourselves extinct? In 70 million years, that’s the most ridiculous thing I’ve ever heard. At least we had an asteroid, what’s your excuse?”

A year in the making, the UNDP worked with Activista, an LA-based, cause-centred agency.

"WaterAid can" by WaterAid

WaterAid has launched a TV campaign by Don't Panic, highlighting the work it does around climate change action.

The 60-second spot for the international non-governmental organisation features quintessentially British characters talking about climate change, before ending with young people explaining how the charity can help.

"The world is looking to you Cop26" by Iris

Targeting delegates and business leaders attending the COP26 summit, the out-of-home work is located at transport hubs across the UK. It depicts real-life portraits of people from the front line of recent climate disasters. 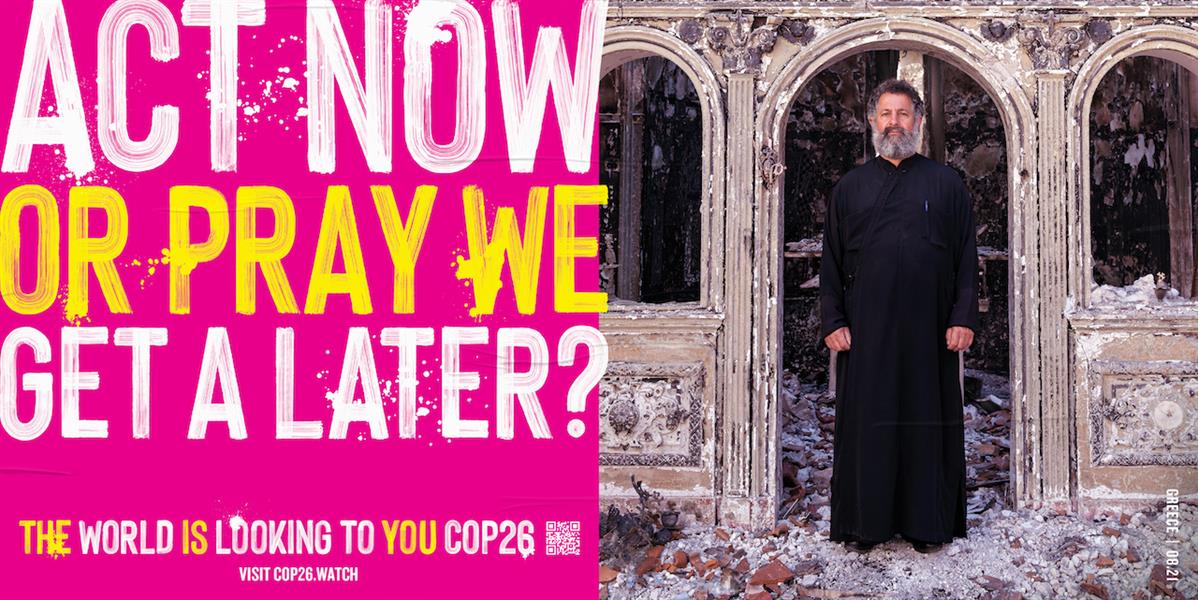 Co-op has launched a national store and funeral home campaign encouraging people to ask how they can impact climate change at a community level.

Also promoting the group's "Count on us" climate change pledge, the work by Lucky Generals has involved rebranding six flagship Co-op stores across the UK to "Co-op26" in a nod to the Glasgow summit.

All of Co-op’s 2,600 food stores and 830 funeral care homes will communicate the same messaging in-store. 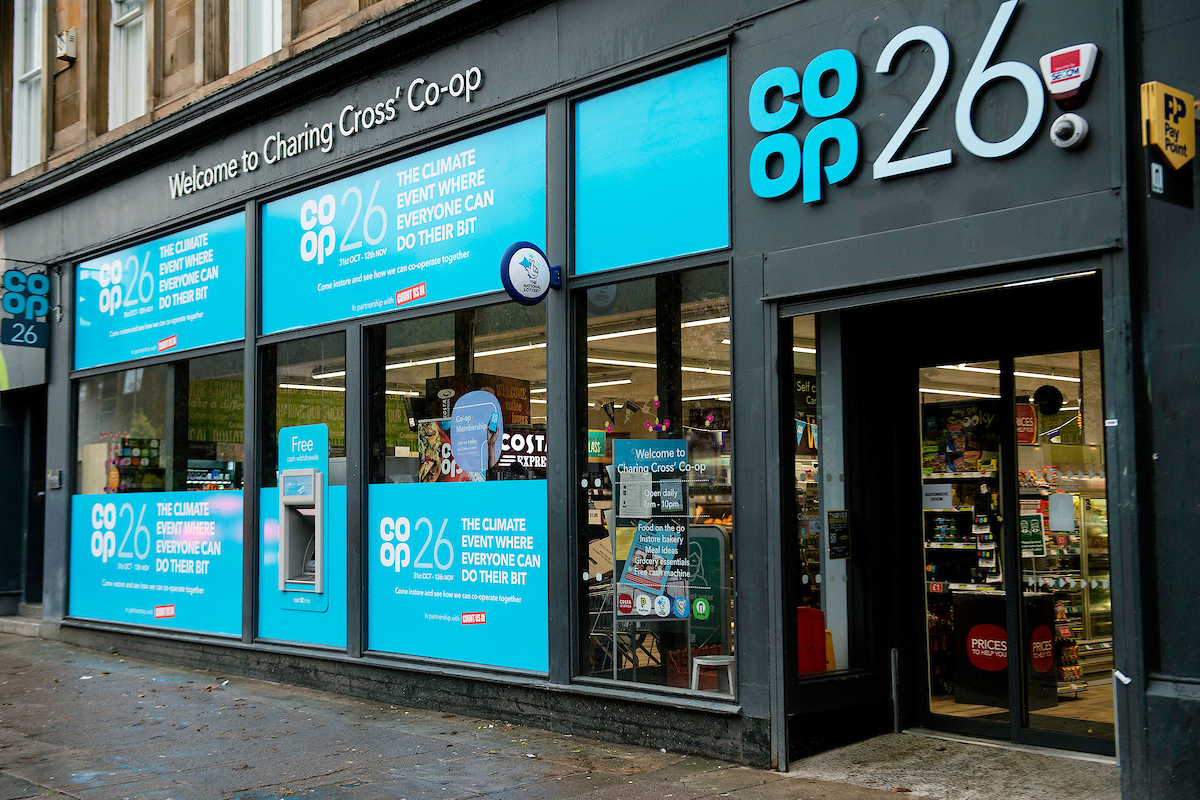 ITV has remixed popular shows including Love Island and The Masked Singer for an ad campaign to mark COP26 and encourage viewers to make sustainable changes.

"Little changes big impact", produced by ITV Creative, aims to show that if everyone makes little changes in their day-to-day lives, this will add up to a big impact on the planet.

The work invites viewers to find out more about ITV's net zero strategy and learn about the simple swaps they can take to lessen their environmental impact at a dedicated website, which contains sustainability tips and points audiences to WWF's carbon calculator tool.

This round-up will be updated as COP26 ads roll in.