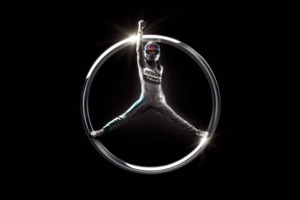 Channel 4 has snatched the terrestrial live rights to Formula One in a major coup, swooping in ahead of ITV, Campaign's Gideon Spanier reports.

The Channel 4 chief executive, David Abraham, is thought to have paid upwards of £20 million a year for about ten live races a season, plus highlights, in a three-year deal, after the BBC pulled out because of austerity cuts.

But because Channel 4 has committed to broadcasting the races without commercial interruption, the deal has left many in the TV world wondering if it's commercially viable.

Revenue streams include sponsorship and possibly "picture in picture" ads, but Spanier writes that some broadcasting insiders, are asking if Channel 4 is airing Formula One on a not-for-profit basis as part of a wider, strategic move because it might aid its efforts to ward off privatisation, by providing a service that a for-profit operator probably could not afford. Channel 4 dismissed the idea.

Read on for more on the implications of the Formula One rights deal. 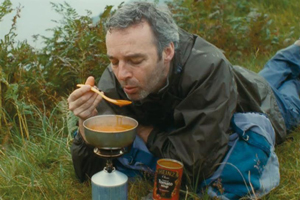 We Are Social is the incumbent on the business and did not repitch for the account. It is understood that the review was run by Haystack.

BBH also picked up the Heinz European creative business in July. The pitch process for the creative account was one of the most talked about this year after agencies raised concern about the long payment terms – 97 days – and Heinz’s plan to decouple production from the creative agency. The IPA called the review "shocking" and "short-sighted".

In other pitch news today, Bose has appointed Grey London to its global creative business as it seeks to recover share from Beats By Dre.

Condé Nast Digital, which owns Glamour and GQ, has claimed that its revenue has increased 40% year on year, Campaign's Gurjit Degun reports.

The publisher put this down to "robust performances" from creative solutions (who have worked on campaigns for Bally, Cartier, Universal Pictures, Intel, Visa, Tudor Watches, Microsoft and Netflix) and programmatic.

Condé Nast Digital has focused more on video this year, launching Vogue Video in June. The channel has had 16 million views, and a series with Alexa Chung has attracted an audience of 1.24 million viewers. There are plans to launch GQ Video, Glamour Video and Wired Video next year.

Read on for comment from Wil Harris, the head of digital at Condé Nast.

The year ended with a flurry of 360-degree videos, but if we're honest, the majority of them have been lacking in ideas that make the most of the technology. Not so with this four-minute-long animated film by Aardman, made for Google's Spotlight Stories.

Marketing's Shona Ghosh writes that Aardman has crafted the animation to work optimally in 360° video, adding multiple sub-plots. Users watching on Android devices can move around the video and even trigger events or unlock characters. A non-interactive version, embedded below, is available to stream on YouTube for web and iOS users for the first time.

Spotlight Stories plans to release a story-development kit next year so that individuals – and brands – can create immersive stories themselves.