The marketing director of John Lewis, who has had the nation weeping into its teacups with a succession of emotionally charged Christmas ads, is honoured as the UK's leading creative marketer. This article was first published by Marketing in December 2014. 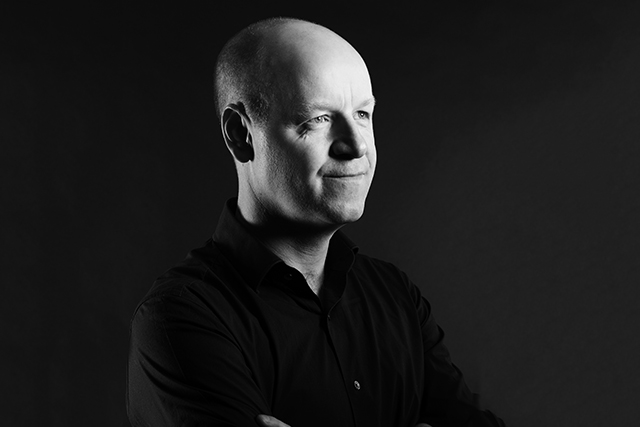 Central to Craig’s success is his conviction that creativity drives strong performance for the John Lewis brand. He has repeatedly demonstrated that creativity will deliver higher footfall, web traffic and sales more cost-effectively than any other approach. As an agency, this is what is so bracing about working with Craig – he is totally focused on results and delivering commercially for his brand, but passionate and driven about the ideas and innovation that will help to achieve this. He knows that with the right insight and brilliant execution, creativity can deliver a multiplier effect on the investment. Craig is also a conviction marketer – he has strong feelings about what he’s creating, the brand he’s leading and the people with whom he is working.

It’s what elicits so much loyalty both among the agencies that work for him and his colleagues. Marketing people and agency people are generally pretty emotional and down-to-earth. They respond to honesty and loyalty.

That’s why people want to work hard for Craig and not let him down. However, this ‘conviction personality’ can cut both ways if you’re an agency. If Craig likes something, he will back you all the way – if he doesn’t, he won’t mince his words.

The feedback can be brutal and defin­itive, but he always looks to be constructive and contribute positively. He also has an acute sense of his responsibilities as a marketing director, as well as the fact that he is there not simply to service the business but to lead it, particularly when it comes to the customer and the brand. Indeed, his broad responsibilities mean that his work with us is a relatively small part of his job these days.

Despite that, we know that he will always be there to engage in the key debates and is at his happiest when rolling up his sleeves. He also doesn’t shy away from taking decisions and going out on a limb for what he believes to be right. Probably the most powerful example of this was early on during our time working on John Lewis.

We were developing the first of the emotional TV campaigns that have gone on to drive business for the retailer. A well-known pre-testing company recommended in no uncertain terms that these ads should not be produced, arguing that they lacked ‘new’ news, product appeal and were poorly branded.

Craig’s instinct was that he had something new and unique on his hands – something that John Lewis could develop and own. His conviction was that this emerging model of emotional advertising was something that traditional pre-testing was poorly equipped to measure. The ads were produced, they ran and contributed to spectacular results.

What is so heartening about this is to see Craig taking decisions and making tough calls, while emerging as a leader who has broad influence within his organisation. It’s easy for marketers to become debilitated by data.

Craig champions the use of insight at John Lewis to inform key strategic choices, but he also clearly believes he is being paid to step up and make decisions, not pay other people to make them for him. In a fast-moving and operationally complex business like John Lewis, the marketing director needs the same instinctive and decisive approach as the buyers and the heads of other business units.

This instinctive judgement is at the heart of what makes Craig’s output so effective. In defence of market research, there is no doubt it can help marketers avoid mistakes and can deliver campaigns that work. However, it rarely delivers those really famously effective campaigns, where the investment is dwarfed by multiplier results.

Craig can be amusingly and infuriatingly argumentative at times. However, it’s another sign of his confidence – he actively encourages those around him to input their views and opinions. He loves debate and the cut and thrust of developing marketing in large, multifunctional groups of very opinionated people. If they disagree with him, then all the better – it means things can be discussed and debated, and will invariably end up being improved as a result.

It’s great to see the sense of liberation that it gives those around him, enabling them to air their own views and challenge his. And, to give Craig credit, he has been known to change his mind on occasion. With John Lewis acknowledged as the UK’s leading omnichannel retailer, it’s no surprise that Craig’s creative drive has gone way beyond advertising.

His recent launch of the My John Lewis rewards programme, and his determined integration of campaigns across social and online, through to windows, stores and merchandising, have set a new benchmark for creative marketing in the UK.