Google has announced the global roll-out of its creative tools suite to guide makers of creative marketing content across its platforms.

The internet giant announced the launch of Create with Google at Cannes Lions this morning, following a launch in Asia-Pacific last year.

It includes two new tools, Audience Connect and YouTube Mockup Tool, which are aimed at creative agencies that want to create and sell in work, or brands that are partnering Google directly.

Google is trying to improve the quality of its ads, particularly on YouTube, amid slowing ad sales growth. The company posted its slowest quarterly ad sales growth in three years in April and eMarketer attributed this to downward pressure on ad prices.

"The case for creativity has never been greater," Pedro Pina, vice-president of Google global client and agency solutions, said as part of today's announcement.

"Big thinking and bold ideas are in high demand, and creative execution is consistently confirmed as the largest contributor to driving sales. And as we see from the brands we partner with, success occurs when data and technology inspire creativity." 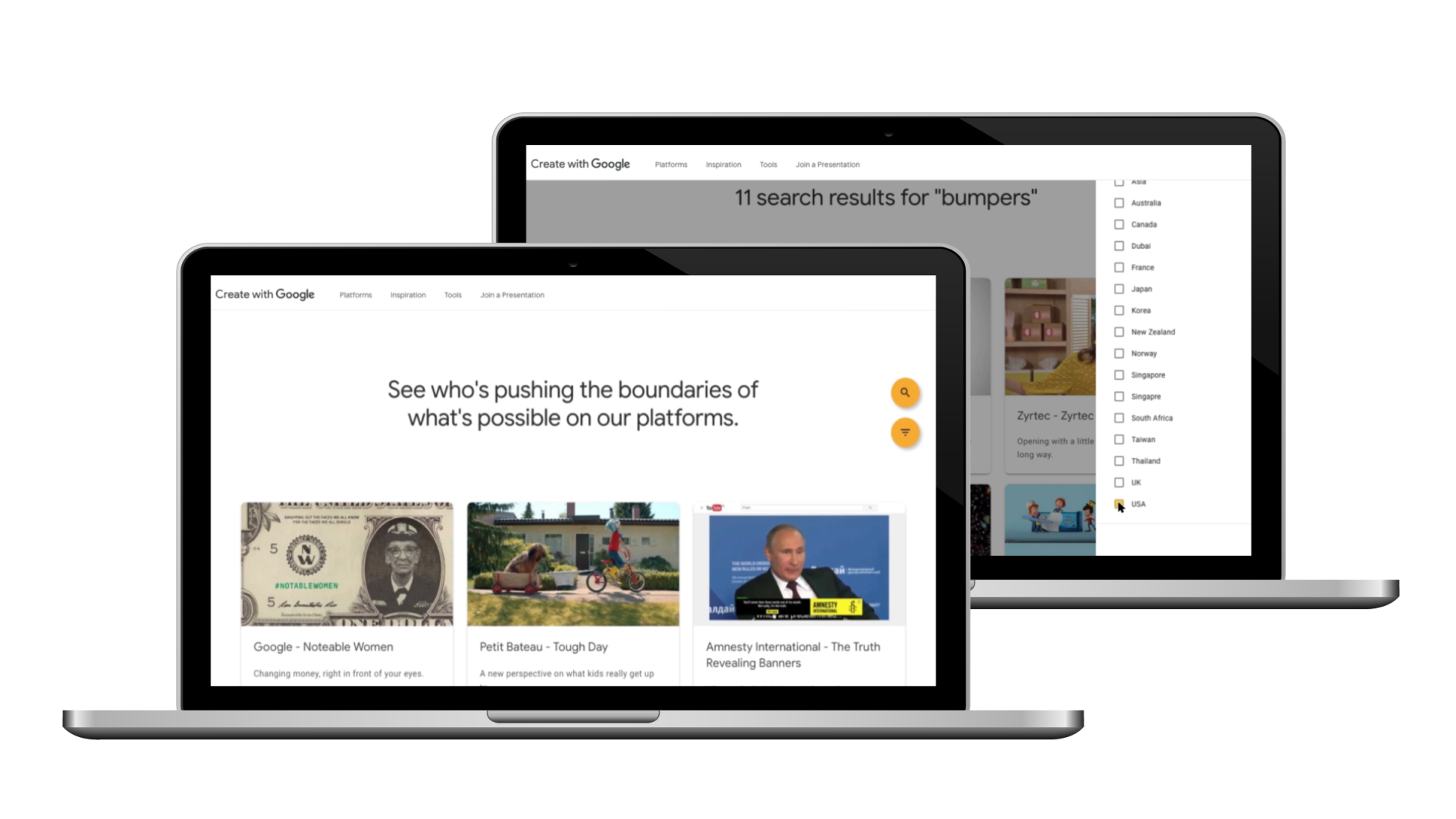 The platform, which Google said is "made for creatives by creatives", is designed to inform and inspire content creators from the ideation to execution phases of a project.

Audience Connect tracks client engagement in response to a video by providing real-time feedback about when the audience is more leaned in and when they would skip.

YouTube Mockup Tool allows people to upload and showcase work to client and colleagues in an "authentic YouTube environment". This means it would simulate the creative across desktop, tablet and mobile.

"We include factors like weather, city and time of day to make each ad feel relevant and personal," Drusio explained, citing that the campaign drove an 80% lift in brand interest.

"These tools have the power to transform how agencies can sell in and get feedback on their work," Higgins added.

Can brands rely on consumer trust and love?

Global dispatches: US culture crisis and the ad model of tomorrow