Initiative is brainchild of Iris but brought together by cross-industry support.

Create and Strike, the global coalition of more than 160 creative companies in support of the Global Climate Strike on 20 September, has announced the winners of its competition.

Winners included a sign reading "I wish my sex life was as hot as this planet" by Jennifer Christie. 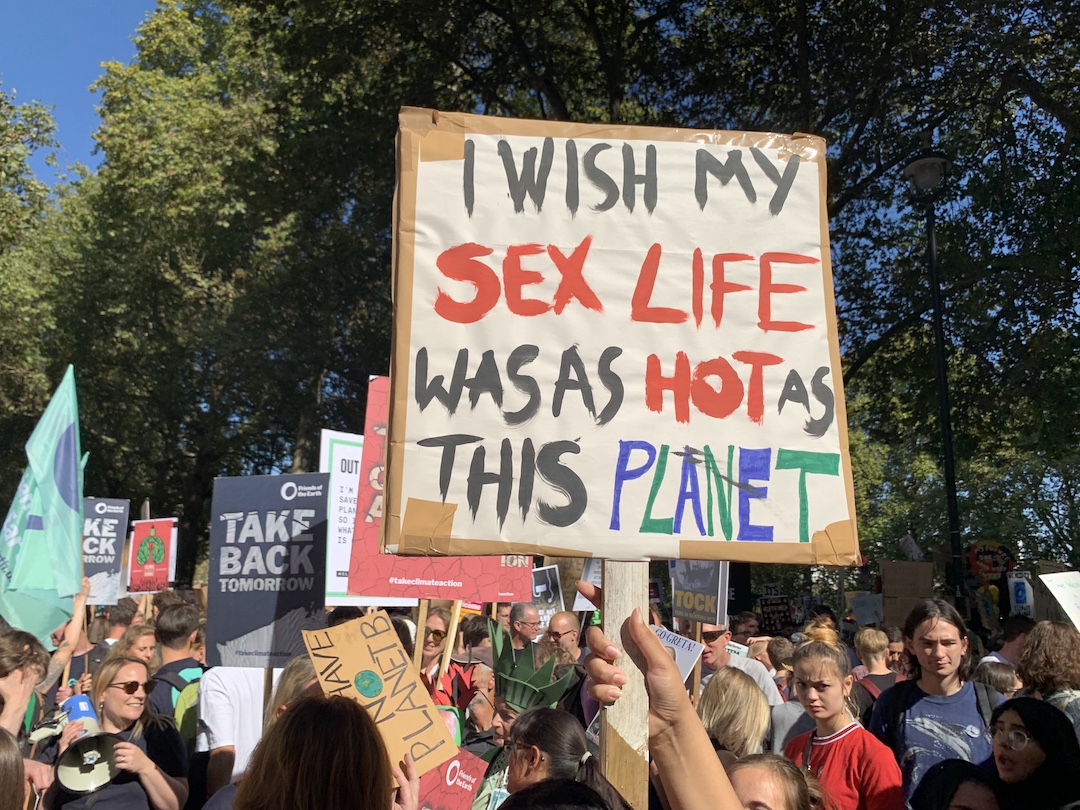 Sam Weston, a designer at Iris, won for his placard that read: "Dry your eyes mate. There’s no more fish in the sea." It plays on the Streets song Dry Your Eyes and was included in round-ups of the best strike signs by Vice and Dazed, receiving 30,000 "likes" when it was reposted by Mike Skinner, aka The Streets. 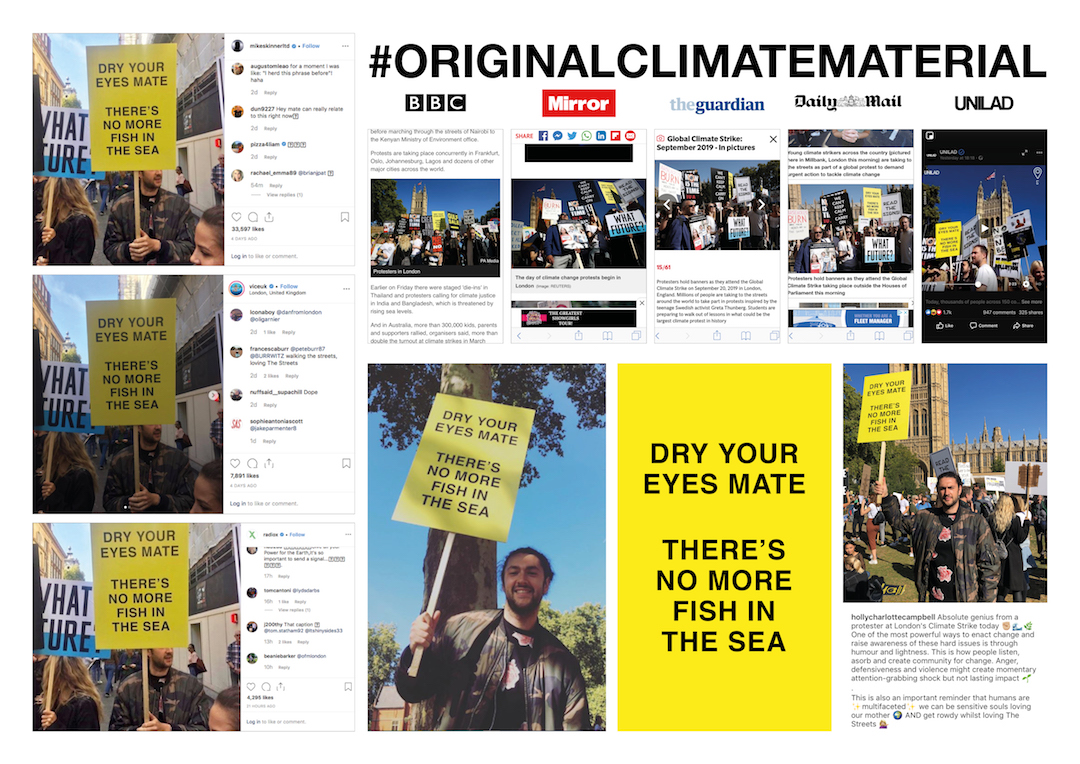 Katie Burrell, a student at the School of Communication Arts 2.0, won for her visual pun of a miniature sign declaring: "Save the trees. Use less paper." The work was covered by the BBC, The Guardian, The Sun and Reddit.

Will and Ben from Southpaw won for their double-banner work – placards bearing imagery of ocean waves, held at ground level saying: "Can we rise to the challenge?" and "2 degrees, 2 metres, 2 late", while suspended two metres above were two signs reading "2 metres rise in 80 years". 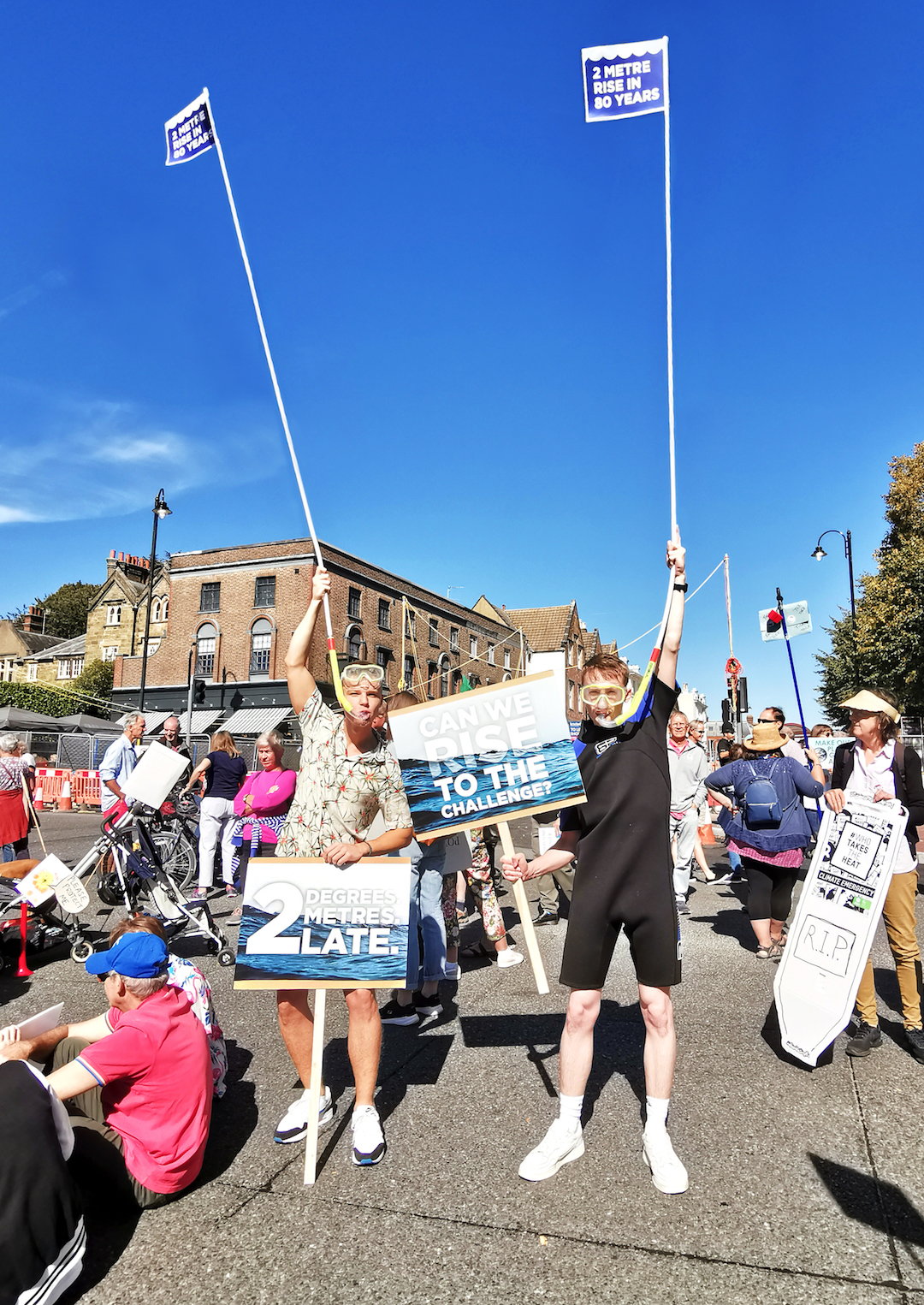 Charlie Lindsay and George Bartlett’s work aped the army recruitment posters that bore the stern countenance of Lord Kitchener. Instead of his grim visage, Greta Thunberg’s face and pointing finger accompany the words: "Your planet needs you." 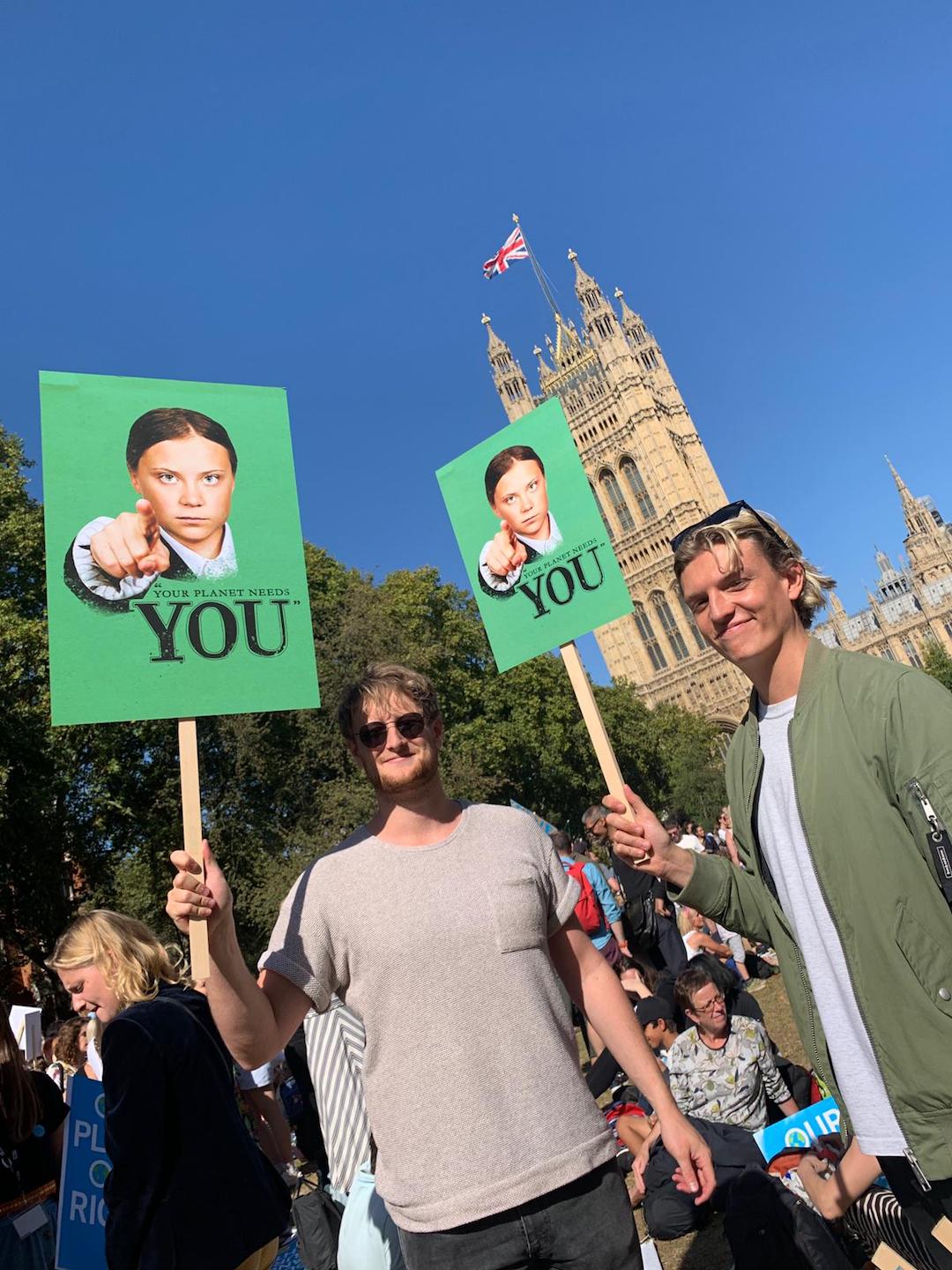 The Beyond Collective won for its giant placard bearing the words: "The signs of climate change are too huge to ignore." 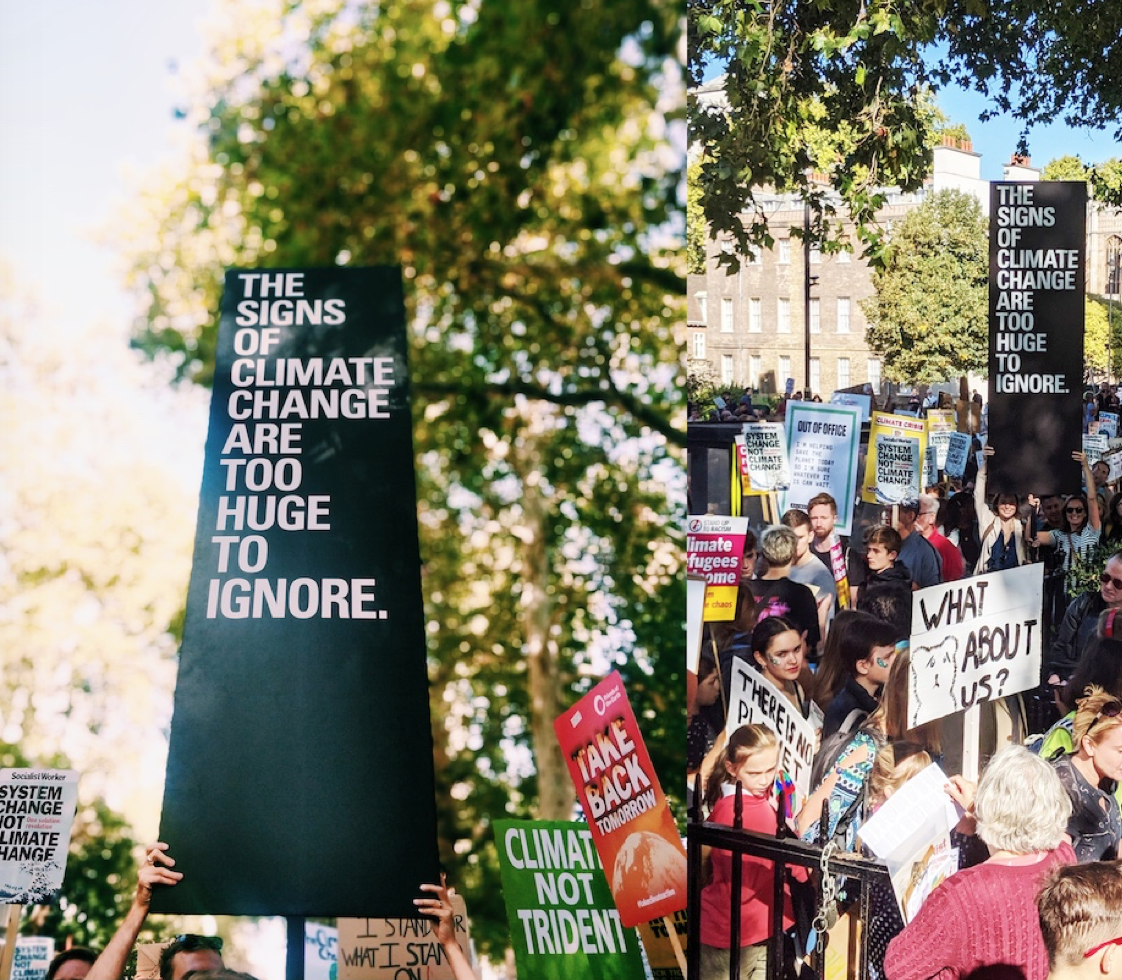 On the day of the strike, staff from creative and media agencies joined other protestors on the streets of the UK's cities, with networks including Publicis, Omnicom, Cheil, Interpublic and Accenture showing their support. Outside Lonon, BJL in Manchester used the city's statue of Emmeline Pankhurst to drive home its message.

Iris, the agency behind the idea of Create and Strike, created a giant banner that read: "Advertising industry strikes for the environment. Yes, that’s how much the climate’s changed."

Other support for the protest included the closure of Wieden & Kennedy's London office and media owner Clear Channel's donation of digital out-of-home space at locations in Bristol, Cardiff, Liverpool, London, Newcastle and Oxford. Workshops were held at Tate Modern, whose director, Frances Morris, was one of the competition judges.

The next Global Climate Strike is taking place on 29 November.

Ben Essen, chief strategy officer at Iris, said: "It was amazing to see the commitment and creativity agencies put into the climate strikes. Now we need to get to a place where our day-to-day client work can have an equally positive impact on climate awareness and action.

"It’s time for us to come together to start changing the system in order to make that possible."

Angear added: "It was Bill Clinton at Cannes that called on us to use our creativity for good and help solve some of the biggest issues on the planet. AMV created 'Make poverty history', so we know that an ambitious rallying cry idea can mobilise millions.

"Whilst it is important that individuals who work in creative industries feel empowered to show their support for the causes they believe in, we can do so much more if we harness all of our creativity power."

Can advertising find its place in the regenerative age?

'The future needs creativity': A manifesto from the new guard at D&AD