It has been a stellar decade for experiences and the creative agencies that excel in the field of live activations. A glance back at some of the winning work in the Campaign Experience Awards, formerly known as the Event Awards, reveals a considerable number of outstanding projects from alcohol brands over the years, including two notable projects from Hendrick’s. Also among the work that defined the decade is the project that scored a perfect 10 at the awards, lauded by both the judging panels and securing the Grand Prix on the night, as well as an activation that won the hearts of its intended fans, the admiration of fellow agencies and spanned a series of copycat experiences.

Winner of the 2010 Best Brand Experience Event category, Initials Marketing delivered the "Doritos dodgeball challenge" to support the launch of Doritos iD3, a limited-edition mystery flavour. The competition gave an online audience the chance to aim and fire dodgeballs from purposely engineered canons at amateur players.

Using striking architectural projection-mapping technology, Drive Productions produced a multisensory activation to celebrate 10 years of digital innovation at Polo Ralph Lauren in November 2010. The brand’s flagship stores in London’s New Bond Street and New York’s Madison Avenue were used as the backdrops, with the projections detailing the stories of the decade.

Encouraging people to demand real mint for their mojitos, The Lounge Group started a gardening revolution. Green-fingered individuals were called on across the UK to do some urban gardening, with streets in Manchester, Liverpool, London and Brighton cultivated with mint. Recycled crates and salvaged planters were used to create urban gardens. Mint seeds were given away for people to plant at home.

This winning "Guinness class" experience saw flight attendant brand ambassadors enter bars in teams of three and task each Guinness drinker to shake a prize generator – an electronic tablet – with the opportunity to items such as iPhone covers, key rings or a free pint, as well as one lucky winner who could fly in a private jet to Dublin with four friends. The campaign was created by TRO.

This delightfully quirky campaign saw Hendrick’s bring the weird and wonderful to Brighton and Edinburgh Fringe and London Cocktail Week with a series of events that grew volume sales by 26%. The Hendrick’s-themed immersive world was created by Steely Fox and W. 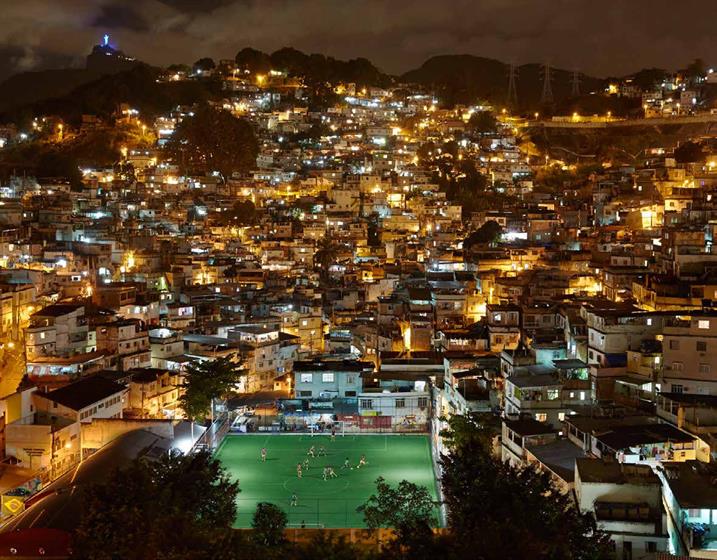 Shell's global activation in Morro da Mineira, Brazil, part of its global brand campaign "Let’s go", combined innovative energy solutions with the world’s passion for football. In September 2014, Shell, supported by J Walter Thompson, refurbished a community football pitch in a favela. By using Pavegen technology underneath the pitch, it was able to light up the field through the energy created by the footballers as they played.

Xbox created a human billboard to launch its new video game, hanging eight people on to a survival board. Contestants were perched for up to 24 hours and endured a variety of faux weather conditions, including snow, rain and wind. The winner was awarded a round-the-world trip inspired by the locations Lara Croft visits in Rise of the Tomb Raider. The activation, which also gave the UK a strong haul at Cannes Lions, was delivered by McCann London, McCann, Momentum Worldwide London, MRM Meteorite and Craft.

This Grand Prix win firmly shone the spotlight on to XYZ, underlining its creds as one of the hottest shops in this space. Nike took a secret event in London and turned the on-pitch action into a cultural moment, with the 400-strong crowd pitchside utterly dwarfed by the 2.7 million who watched online. XYZ worked alongside AKQA to deliver the project.

Desperados, the Heineken-owned beer brand, scooped the 2018 Grand Prix at the Campaign Experience Awards with this ambitious, far-reaching and immersive festival, which included DJs playing in hot air balloons. The experience was created by We Are Pi and Jack Morton Worldwide, and produced by Elrow.

Hendrick’s gin portals to the peculiar

Three pop-ups, created by Space, acted as portals for consumers to venture into multisensory experiences, filled with unusual characters, as well as the brand’s drinks. The first activation took place in "Lesley’s launderette" in Shoreditch, where guests ventured through a washing machine to a room "above the clouds", and was rated Campaign's top live experience of 2019. This was followed by "Hendrick’s bank" in Bermondsey, where consumers used the ATM (Automated Transport to the Marvellous) to enter a secret bar in a bank vault setting, with drinks served by the bank manager. The final instalment was the "Not-so-normal-newsstand" that provided a front to a hidden bar reserved for those willing to step over the threshold.

A summer without festivals is an invitation for innovation