With such an iconic address, BBDO New York opted for a full redesign rather than a move. By James Swift.

When BBDO decided to refurbish its New York headquarters, the network’s North American chief creative officer, David Lubars, devised a brief for his architects that was both succinct and fiendish.

"The overall reduction was that the chairman of AT&T – or whoever – has to come in and say that this is a cool space, but so does the 26-year-old art director who comes in on his bike," Lubars recalls.

Now complete, the open-plan office is a mixture of concrete, rustic wood panelling and floor-to-ceiling windows. There are breakout areas with plush sofas and oddly shaped chairs, and brightly coloured statement walls adorned with inspirational messages. A "creative factory", as Lubars describes it.

"All we have [as an agency] is brains spontaneously sparking off each other creating happy accidents," Lubars says. "We wanted to create a space that helped that."

The redesign began more than a year ago. At the time, BBDO New York had seven years left on its lease and was mulling a move. The agency had been in this Midtown skyscraper, near the Rockefeller Center, since the 80s. There was talk of moving Downtown, but that would not have been as convenient for out-of-town visitors. Also, Lubars explains, moving south would have been too big a leap away from BBDO’s heritage.

BBDO was staying put, but the office had to change.

"It wasn’t just about the aesthetics," Lubars says. "The old space was elitist in that some people got windows and some were stuck in the dark middle. Even worse than that, the old space created silos. A lot of our clients couldn’t believe that our work came out of that office. We wanted to democratise the office."

Following the revamp – designed by the architects HLW – BBDO went down from four floors to three, but actually ended up with more space per person by doing away with offices and alleyways.

Departments are not strictly segregated in the new layout, but there is still a degree of separation between the different functions. It’s a lesson that Lubars learned a long time ago.

"When I was at Fallon 12 years ago, we tried to mix everybody up, but it backfired because certain people wanted to be noisy, while the planners needed space to think, and account people needed to talk on the phone," Lubars points out. 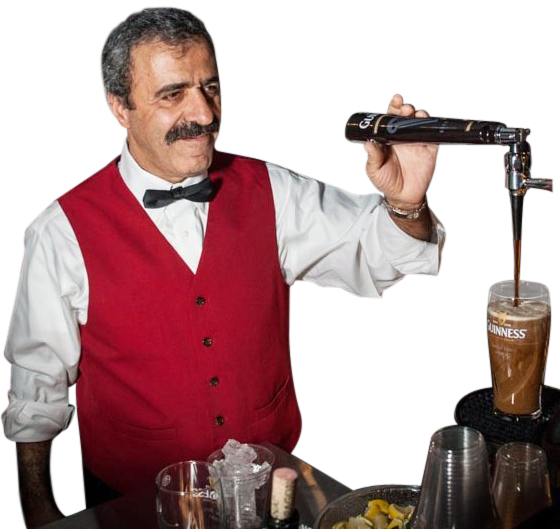 Central Filing, the agency bar on the seventh floor, gives everyone the chance to mingle. According to Lubars, the name goes back to the 40s, when admen would call their wives at home and tell them that they would be late because they had to go to a meeting in "central filing".

The anecdote is from a bygone era – one that the agency has moved on from. But it says something that no-one has thought to change the bar’s name.

The old office was completely gutted in the redesign, but when Lubars talks about BBDO, heritage is never far from his mind – as evidenced by the reluctance to move Downtown.

As a "wise client" once told him: "A brand is just the sum of everything it has been."