Adam & Eve/DDB chief creative officer Richard Brim often says that the work he is most proud of is not the traditional, emotive advertising for which his agency has become known through the likes of John Lewis’ Christmas campaign, but rather the big ideas that become part of culture.

Indeed, the standout work from Adam & Eve/DDB in 2018 was not a TV ad but "Project 84" for the Campaign Against Living Miserably – an installation of 84 sculptures, placed on top of the ITV tower on London’s South Bank, which represented the number of men under 45 who take their own lives every week in the UK. More than a powerful stunt, the campaign was the catalyst for the government’s decision to appoint a suicide prevention minister and launch the Global Ministerial Mental Health Summit.

"Project 84", along with "#TrollingIsUgly" for The Cybersmile Foundation, racked up 10 Cannes Lions between them. Those wins contributed to A&E/DDB being named Agency of the Year at the Cannes Lions International Festival of Creativity for the second time since 2014. Under Brim’s leadership, the shop has earned a string of other titles, including 2018 Agency of the Year at the Campaign Big Awards and British Arrows, and becoming the most awarded agency in the Gunn Report’s history.

With its predecessors BMP and DDB, A&E/DDB was also named Campaign’s Agency of the Semicentury and was in the top five Big Best Places to Work. Brim can count his achievements as one reason for the agency’s success.

No recognition of Brim would be complete without mention of A&E/DDB’s legacy client, John Lewis & Partners, but this year he helped steer the brand in a new direction. First there was its first joint campaign with Waitrose & Partners, a performance by schoolchildren of Queen’s Bohemian Rhapsody. Then the agency surprised with the much-anticipated John Lewis Christmas ad, which paid tribute to singer Sir Elton John.

Christmas is always a time when Brim and his agency sparkle. Waitrose’s festive campaign eschewed blockbuster TV for a series of short spots in which characters abandon their rituals to tuck into tasty treats more quickly. It was proof, alongside Save the Children’s silly ad for Christmas Jumper Day and the International Committee of the Red Cross’ harrowing tale of Santa in a war zone, that the shop can balance humour with the heartfelt.

There was also a significant milestone in A&E/DDB’s history in 2018 as co-founder and long-time creative leader Ben Priest departed, while James Murphy and David Golding revealed they are to leave as well, to set up their own creative agency. This means Brim, along with the rest of the management team appointed in 2016, can step firmly out from the shadow of their predecessors and guide the agency into its next era. He has already proved he is more than up for the task.

With his desire to elevate his team over his own ego, Brim represents a new generation of creative leader. While adland tends to get embroiled in politics and posturing, Brim keeps his head down and gets on with it, overseeing work that continues to elevate advertising’s creative standard. 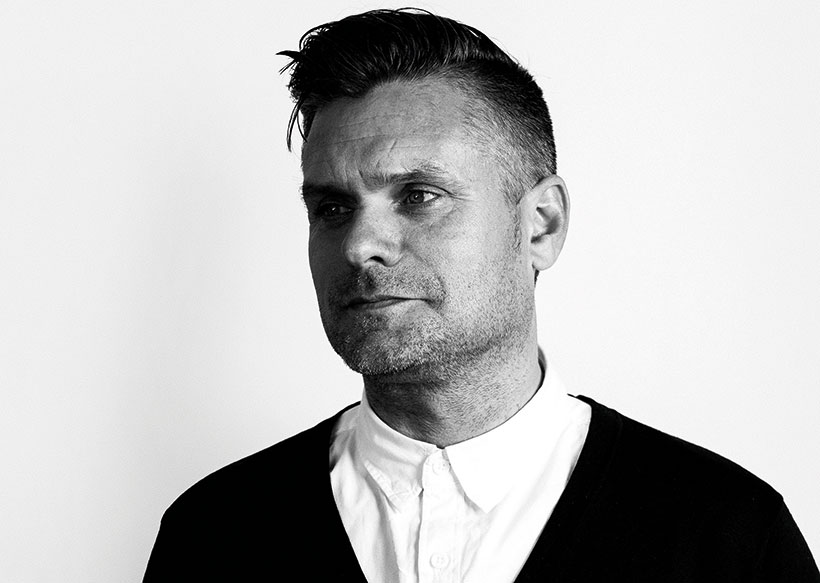 It is no easy task tackling an advertiser with a heritage as rich as Cadbury. After VCCP won the hotly contested account, executive creative director Darren Bailes set a goal of returning the brand to its family roots. The agency got off to a strong start with a debut ad about a girl using trinkets to buy her mum a gift of Cadbury Dairy Milk. It also branched into retail, launching a pop-up shop, where people could live out the spot for themselves. Bailes’ department added an artistic touch to O2 with the "Breathe it all in" campaign, starring George the Poet. And Nationwide rolled out more simple films giving voice to real people. Beyond traditional advertising, VCCP built the Look&Book app for easyJet and launched a Domino’s TV channel. Comparethemarket.com’s meerkats recently turned 10. Nowadays, long campaigns and creative leaderships are rare but, like the meerkats, Bailes and his senior team have staying power. 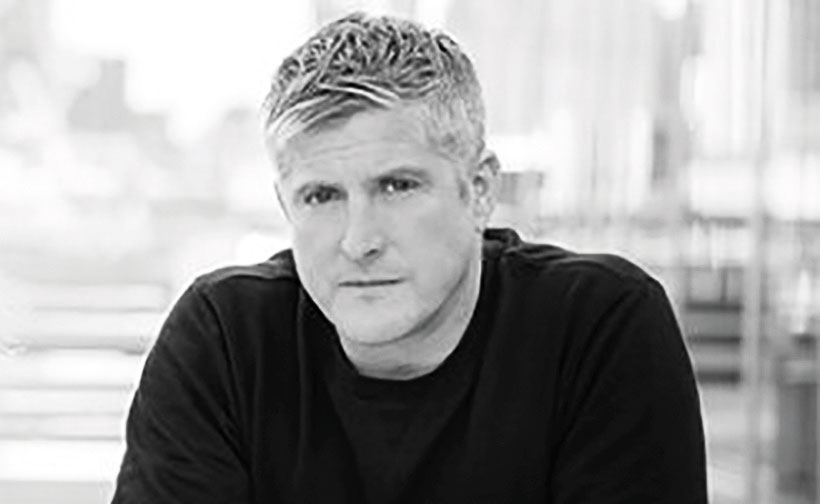 As an industry figure, founding partner Danny Brooke-Taylor flies mostly under the radar, but he has led his agency to great heights. Lucky Generals had a smashing year, with notable wins including the Co-op, Celebrity Cruises, Anheuser-Busch InBev, PlayStation and Tinder. Creatively, it also scored one of the biggest jobs in advertising: Amazon’s Super Bowl commercial. "Alexa loses her voice" starred a host of celebrities filling in for the virtual assistant, and went on to be shortlisted for an Emmy and become the top-rated spot in USA Today’s Ad Meter. Also for Amazon, Brooke-Taylor stewarded a global campaign for Prime Day, which made it "the biggest global shopping event in the company’s history", according to the brand. Closer to home, the agency made another Hostelworld spoof starring Mariah Carey, as well as the TimeTo campaign addressing sexual harassment in adland. This year Lucky Generals has made its second Super Bowl ad for Amazon and opened its first international office in New York, so Brooke-Taylor will be able to show his talent on an even bigger stage. 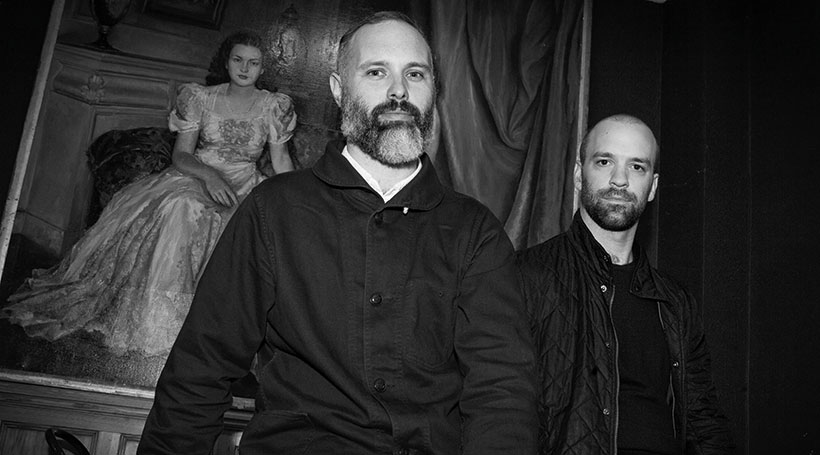 Chief creative officers Rob Doubal and Laurence Thomson, better known as Rob and Lolly, helped McCann London achieve revenue growth of 17% last year, proving that creative excellence means good business. Their agency remains best known for its groundbreaking work on Microsoft Xbox, which last year won a Cannes Lions Grand Prix in the inaugural Creative eCommerce category. In 2018, Doubal and Thomson also picked up almost 100 awards for clients across the Clios, D&AD and Creative Circle among others. Beyond Xbox, they have overseen work for the All England Tennis Club, Subway and Shredded Wheat, while helping to land new accounts such as eBay, Godiva and Chivas. The pair have focused on developing talent, bringing in Ross Neil as executive creative director from WCRS, poaching teams from Grey London, and promoting Sanjiv Mistry and Jamie Mietz to executive creative directors. Now they are chief creative officers for all of McCann UK, they can continue nurturing great creativity group-wide. 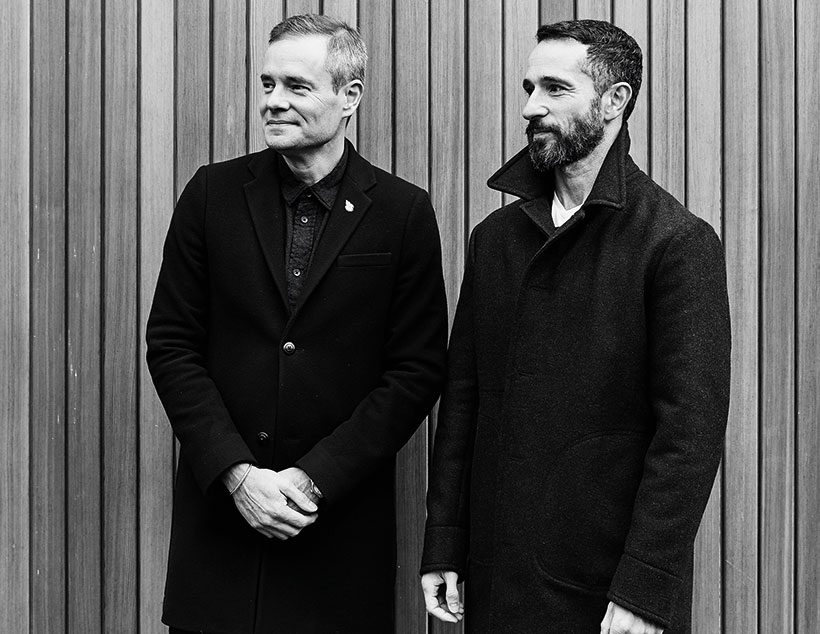 In the five years after being made executive creative directors, Alex Grieve and Adrian Rossi raised Abbott Mead Vickers BBDO's game. 2018 was a standout year with the shop landing in the top five of Campaign’s new-business rankings. The creative department’s prowess can share the glory for those wins, which included Asda and the joint Virgin Holidays and Virgin Atlantic accounts. For the latter, AMV produced the brands’ first joint marketing campaign, a surreal trip through travel destinations. The pair also raised the standard for BT, which produced scripts that attracted the top tier of directing talent. Snickers staged a rap battle starring Sir Elton John, while Maltesers shone a spotlight on women who are usually overlooked in advertising. Work for Bodyform and Guinness also continued to dazzle. At the end of the year, the team split when Rossi moved to Grey London as creative chairman but they can be extremely proud of their joint track record.