Transport for London's former marketing chief takes a look back at some of his favourite TfL work as he retires from the service.

Having now cleared my virtual desk and retired from Transport for London (TfL), it is perhaps inevitable that I should be reflecting on all the different campaigns with which I was involved. Mostly brilliant, although a few, it must be admitted, a bit forgettable.

But there are also one or two that really stand out, not just for their creative excellence but also because of their originality, the strength of the insights or the way in which they have influenced other campaigns and built the reputation of the business. I am highlighting five here, and sneaking in a couple of other related ones along the way...

When I joined TfL, it seemed like the whole Tube system was being repaired or upgraded, all at once, which resulted in recurring disruption and frequent closures, particularly at weekends. Londoners were getting fed up and our results were suffering as people had the impression the works were disorganised and all a bit random.

And so, the Tube Upgrade Plan was born; it all seems a bit obvious and familiar now but it became the template for future such campaigns, not just from us but for infrastructure projects around the world. The insights were quite simple: tell your customers what you are doing, why you are doing it and how they will benefit. Treat them like stakeholders in the project and provide a depth of background information. Not everybody would be interested in all the detail, of course, but everyone appreciated our openness and transparency. And don’t oversell it. Our ratings improved and "permission" was "earned" to complete the vital work. 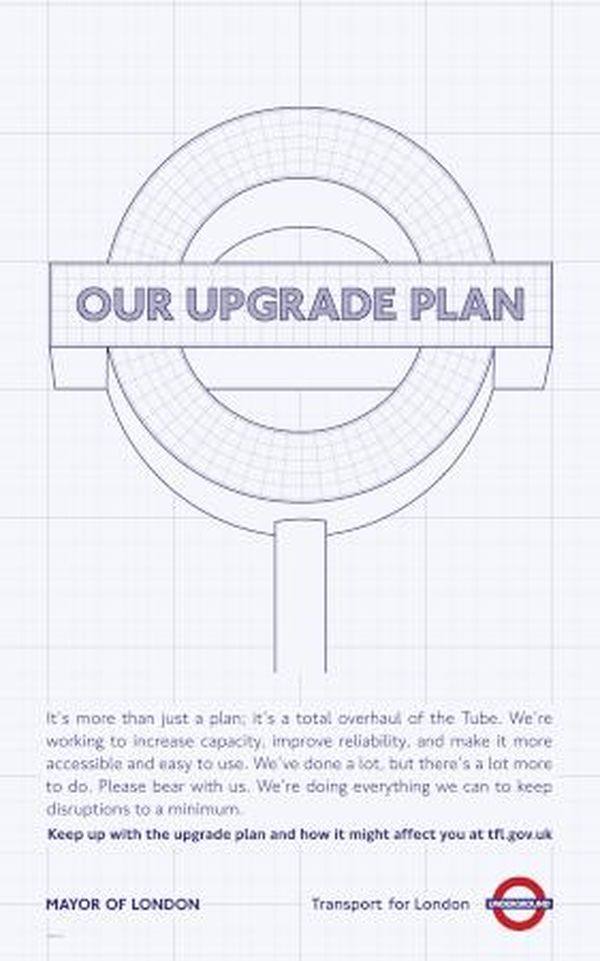 During an intensive period of activity before the 2012 Olympic Games, which included being made Campaign’s Advertiser of the Year, we produced a range of innovative new campaigns. It was tempting to choose something like the amazing film designed to encourage more considerate behaviour on buses, with Hollywood director Mike Figgis using his signature split-screen technique.

But the standout piece of work was aimed at encouraging drivers to watch out for cyclists and featured, er, some kids playing basketball. If I described the ad, it would spoil the idea, so take a look here.

See what I mean? It was incredibly brave of an organisation like TfL to run an ad that you couldn’t really test, didn’t feature anyone cycling and you needed to see only once. But in addition to picking up every award going, including a gold at Cannes, it also helped reduce cycling accidents.

It was part of a series of award-winning ads that used not only the science of perceptions but also the insights emerging from the increasingly influential Behavioural Economics movement and we became early adopters of the theories set out in books like Nudge and Robert Cialdini’s Influence. This was applied to a range of campaigns, from promoting cycling to even getting people to move down the carriage or remove their rucksacks.

With the memories of the Tube disruptions caused by the upgrades still fresh in Londoners minds, the City embarked on planning for the 2012 Games with transport, perhaps not surprisingly, being forecast as the biggest potential weakness. The media predicted "transport chaos".

The challenge was to fit everyone, athletes, spectators, the world’s media, as well a few million people who just happened to live in London, onto an already hard-pressed system.

The behaviour change texts were again studied hard, "Travel Demand Management" became our aim, and M&C Saatchi came up with a distinctive illustrated campaign, which exhorted Londoners to "Get ahead of the Games" and use a range of options to plan ahead and ease the transport load. The network was soon covered with cartoon dressage horses and weightlifters; you know the rest.

Millions adapted their travelling habits and public transport worked flawlessly, with athletes and VIPs even abandoning their special coaches and limos to enjoy the party on TfL. It all helped create what is still regarded as one of the most successful Games in history.

Many of the learnings from the Games then became "business as usual" activities as people expected the same detailed level of information about their travel options even after the athletes had long since left town. It also resulted in not one but two gold IPA Effectiveness awards for TfL as well as a major improvement in the reputation of the organisation, from which it still benefits.

People are routinely sexually harassed on public transport, mainly but not exclusively women. There, I have said it. It’s not an easy thing to talk about it and it’s not an easy thing as a major transport provider to admit to and try to do something about. The risks are obvious, but it wasn’t something we could ignore; one of the strengths of TfL has always been its willingness to tackle such difficult issues.

The Project Guardian campaign couldn’t, and wasn’t designed to, fix the problem on its own. Like so many of our campaigns, it was part of a co-ordinated series of interventions, which, in this case, included policing and intelligence work. But what the campaign did was to raise awareness of the issue and make it alright to report it. Many women hadn’t done this, because of the stigma and the belief that nothing could be done to tackle the problem. And so, the "Report it to stop it" campaign was launched. Reporting increased, as did the associated work to apprehend the offenders.

Before my final campaign example, it’s worth taking a little detour to talk about "Every journey matters". Not really a campaign, or just a slogan, it has become the mantra for the organisation, as much a guiding light for staff as it is a commitment to all our customers. It was something we debated long and hard. Research will tell you only so much but we thought it was important, as we worked to make the business more customer focused, that we made a strong public statement about our relentless customer focus. It has served the organisation well, becoming as familiar as "Mind the gap".

Fast-forward to 2020 and transport was once again in the spotlight as we fell into the grip of a pandemic and the government ordered everyone to work from home, avoid public transport and make only essential journeys.

Almost uniquely, our job became about "reverse marketing" – actively encouraging people not to use our services, to leave room for essential workers, and to protect our own staff. "Social distancing" and face coverings became the order of the day and at one stage usage of the Tube dropped by 95%.

To address all the resultant issues, we developed another award-winning campaign, which was built on all our years of marketing and communications learnings, clear and simple language, an open and honest tone of voice and distinctive and memorable executions.

And then, when most restrictions were finally eased from 19 July of this year, we were able to roll out a major promotional campaign, including an engaging TV commercial, which showcased all that London had to offer, to encourage customers back onto our services and get the city back on its feet.

One of the most interesting things about my role at TfL has been the huge range, as well as social importance of the marketing and communications tasks with which I have been involved.

And there have been so many other important programmes that I could have talked about: for example, the world-leading introduction of Oyster cards and then contactless payment, which have made the travelling experience so much easier; campaigns promoting the joys – and benefits – of cycling, leading to dramatic increases in recent years; and the literally life-saving work to improve air quality through Mayoral initiatives such as the Low and Ultra Low Emission Zones.

These were all supporting what was once, pre-Covid, about 31 million trips a day in London across all modes of transport. And that movement is steadily returning as TfL sets itself for the next stage of its development and returns to fulfilling its purpose of keeping London moving, working, and growing and making life in the city better. I won’t be part of this next chapter, but I am proud to have played my part in the journey so far. 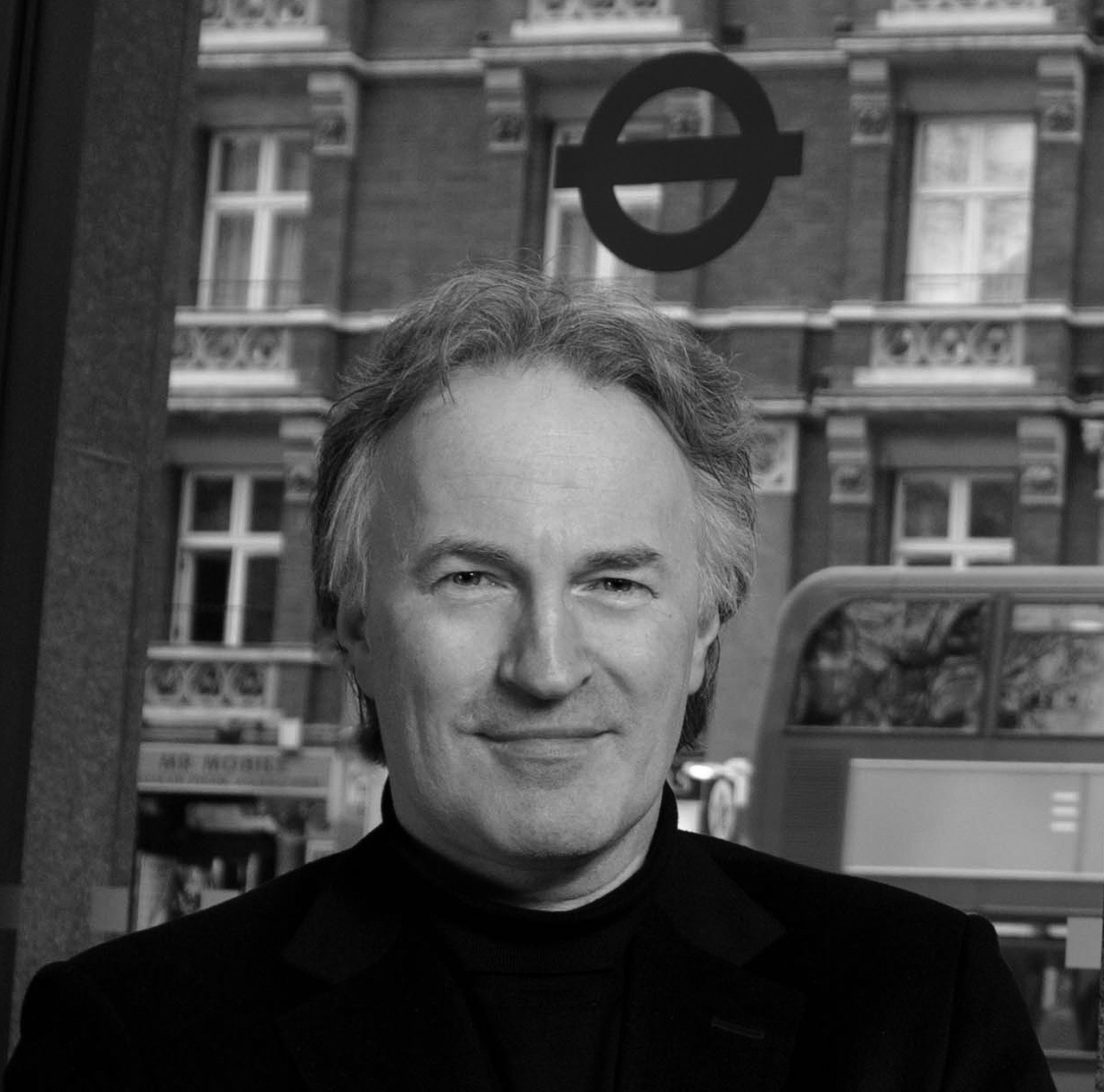 Chris Macleod was, until recently, director of customer and revenue for TfL. He left the organisation this summer after nearly 15 years’ service.

Deep dive: When it’s time to say goodbye to adland

Should TfL sell the names of its stations to brands?