Team is hijacking covers of gossip titles to highlight their negative impact on mental health.

A creative team in London is hijacking the covers of celebrity and gossip magazines to raise awareness of the harmful impact that media can have on people’s mental health.

Ads DeChaud and Phil Le Brun, who work at Wonderhood Studios, created the project in collaboration with Visual Diet, an initiative that encourages people to become more conscious of their visual consumption and how it affects mental health. They were inspired by news that hair salons across the UK have boycotted "toxic" gossip magazines following the death of presenter Caroline Flack.

In places where gossip titles are available, including newsagents and supermarkets in central London, DeChaud and Le Brun have covertly placed warning labels on some covers. The stickers resemble health warnings on cigarette packets and include messages such as "Contains stories seriously damaging to mental health", "Full of harmful and toxic messages" and "Reading lies exploits the most vulnerable".

The duo have started an online petition calling on gossip magazines to include mental-health warnings and are creating a downloadable PDF so that other people can make and use their own stickers. 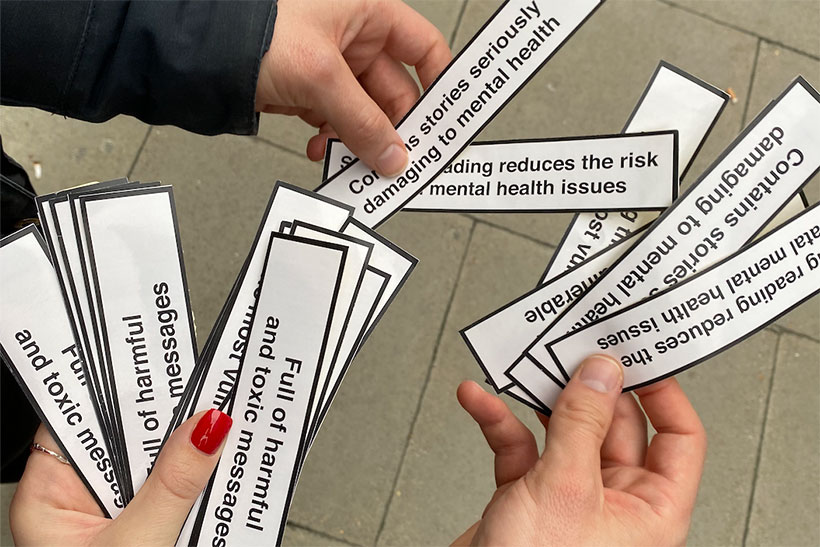 "These magazines have a responsibility to warn people about the negative impact they can have on mental health," DeChaud said.

"The government is pushing for social media companies to crack down on ‘unacceptable content’, so we should be doing this in the real world too," Le Brun added.

These publications have come under scrutiny for targeting Flack in the months before her death. Flack, who was facing an assault charge, was the subject of considerable negative press coverage, including a now-deleted article in The Sun that mocked her for the incident.

Mimi Gray, founder of Visual Diet, said: "We must all reflect on how we consume media to create a kinder world, where success is not measured by social metrics or shock value, but by well-being and positive mental health."

Author and mental-health advocate Matt Haig has endorsed the team’s project, writing on Instagram yesterday (Wednesday): "After all, the state of our minds is as important as the state of our lungs. Be careful of what you inhale." 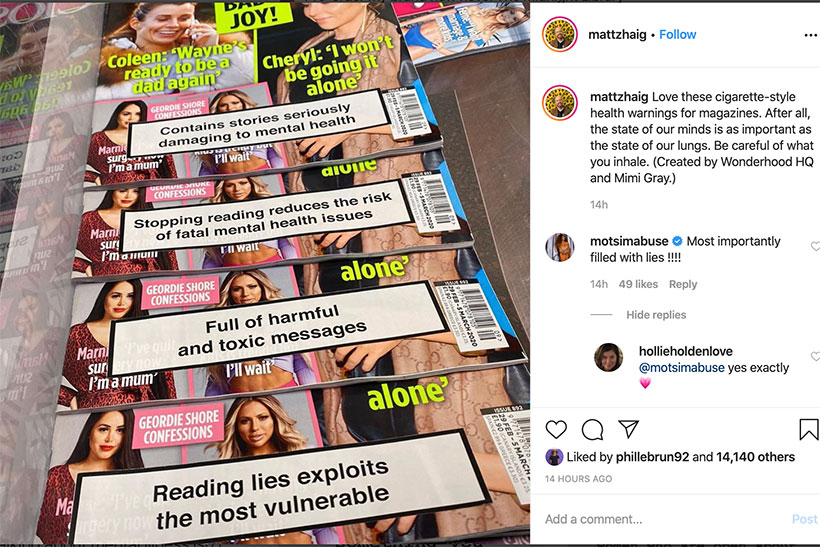 Pick of the Week: Nike spotlights the 93 black men who changed English football