Creativity has never been stronger, but brand experts say marketers must work more closely with international partners to help them achieve long-term growth

Marketers and brand giants, including McDonald’s, Mars, United Airlines, Diageo, Dole, Essity and the NFL, gathered for a Campaign roundtable discussion to discuss how marketers can drive creativity, growth and collaboration – and make a global shift. Here we look at some of the key takeaways from their session, produced in partnership with the UK’s Department for International Trade and the UK Advertising Exports Group (UKAEG). 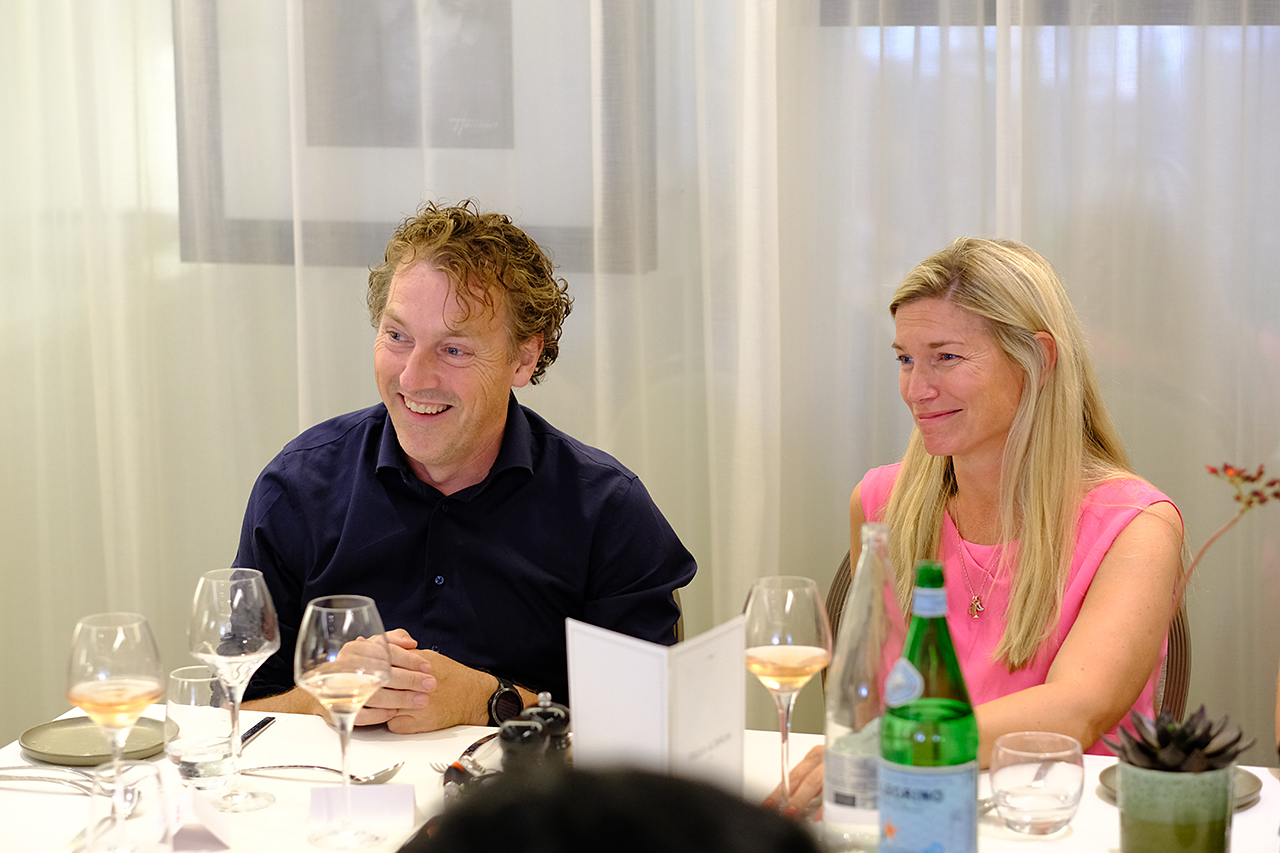 Collaborate to achieve growth
One of the main themes in the discussion was the importance of working collaboratively with international partners to gain new insights, and grow your business, while being a force for good in the world.

“Collaboration is the biggest challenge for today’s marketers,” said Jamila Saidi, head of digital commerce, retail & luxury at the UK Department for International Trade (DIT). “Working in partnerships with others is the enabler of growth, but you have to find the right people to collaborate with. If we get collaboration right, we can solve a lot of the world’s challenges.”

So what makes the UK a good collaborative partner? Brand leaders on the panel were enthusiastic about working in the UK, where many products are tried and tested before being launched in other markets. “If you compare the UK from a creative and advertising perspective to other countries, it is by far at the highest level,” said Erwin Dito, VP of global brand leadership at McDonald’s. 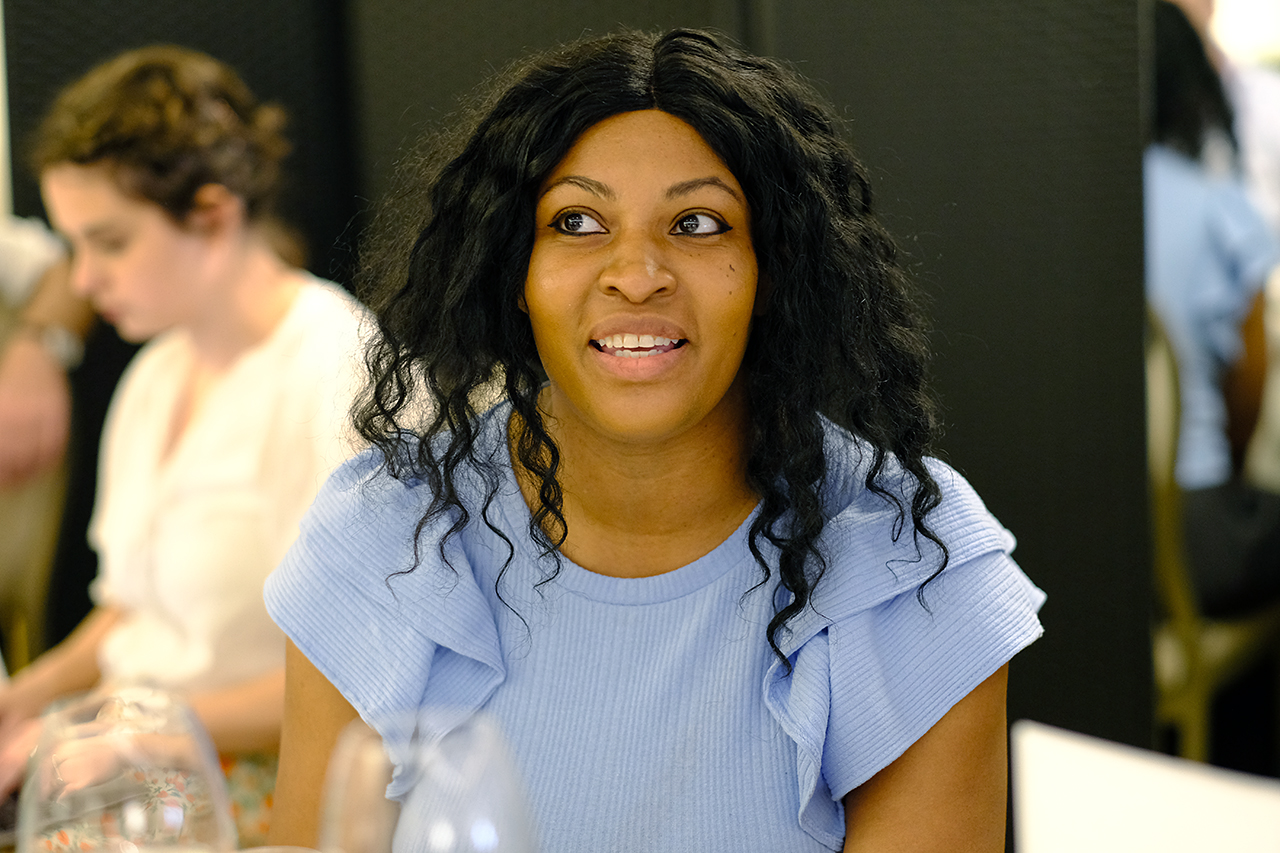 Tim Ellis, EVP chief marketing officer at the NFL, said the UK has been a critical launchpad to raise awareness of American football in Europe. “The NFL is a chaotic game, if you don’t know it, it’s actually quite confusing. So that’s an issue for us. Starting in the UK was important to educate people around the game and you can then go into other major markets in Europe and build out a level of awareness.”

The UK’s history of producing world-class music, films and games, is also a big part of its appeal to international collaborators. Nick Hirst, executive strategy director at adam&eve said: “I think the UK is spoiled by having so much world-class culture here. There’s a belief and arrogance that that’s the level we should always be operating at. But at the same time, there’s honesty, self-criticism and reflection that's essential to doing your best stuff.”

Rankin Carroll, global VP, chief brand & content officer at Mars, has also noticed a swing towards thinking more about your audience. “In the UK, there is something special about putting the consumer first – the human – I have experience of that in multiple agencies. The ideas are insight-driven and human-centric.” 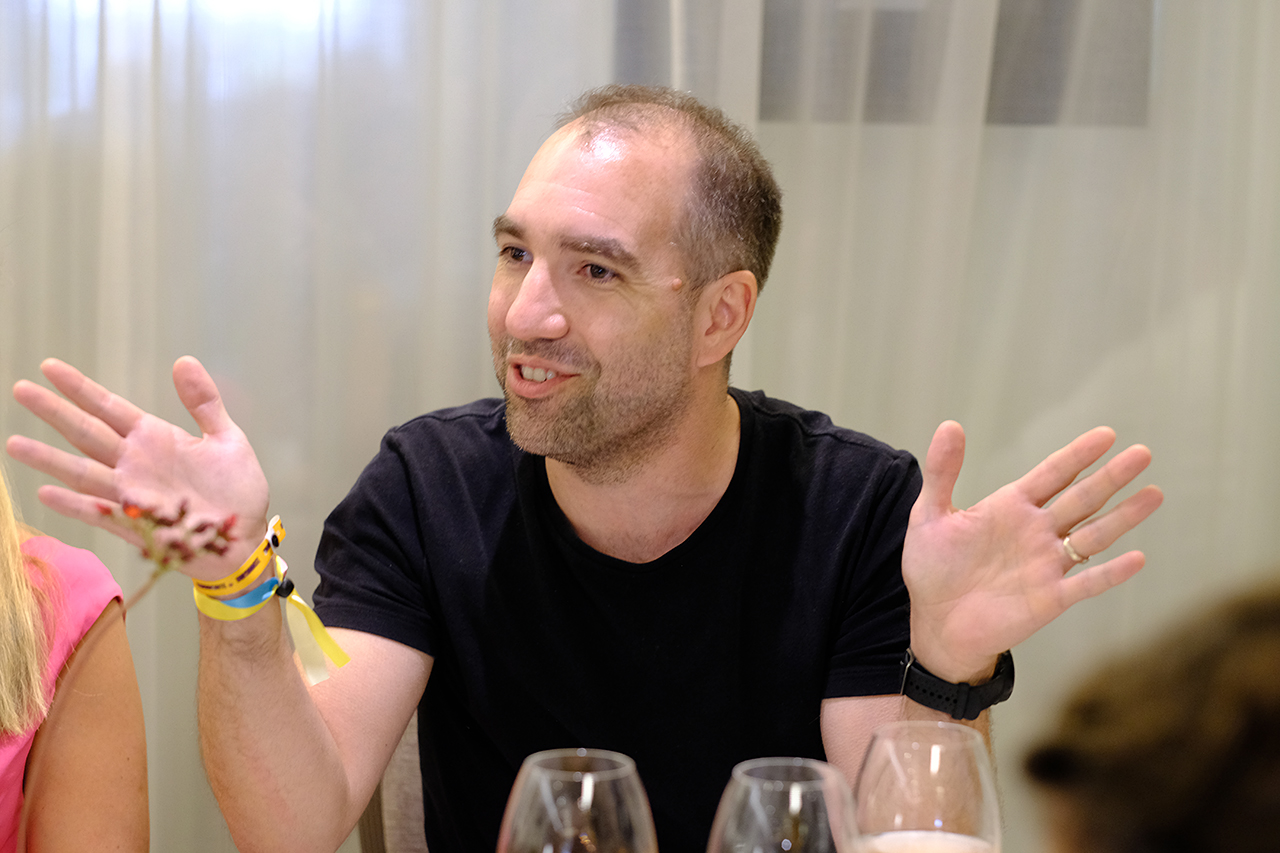 Look beyond your own borders
But successful creativity is in the UK, Jason Kaplanis, global marketing & communications director at Essity, which owns brands like Tena and Bodyform, warned that ideas that resonate in the UK might not resonate in other regions. “You need to be in tune with cultural nuances elsewhere when you are tapping into a deep cultural insight, so don’t assume the rest of the market is in the same place.

“For example, we wanted to market our products in the UAE, so we asked our London agency to partner with an agency there. We wanted to talk about the menopause, which we learned translates as ‘age of despair’ in Arabic. So we created a campaign called ‘Despair no more’ to challenge that. That deep insight can’t come from someone living in the UK.” 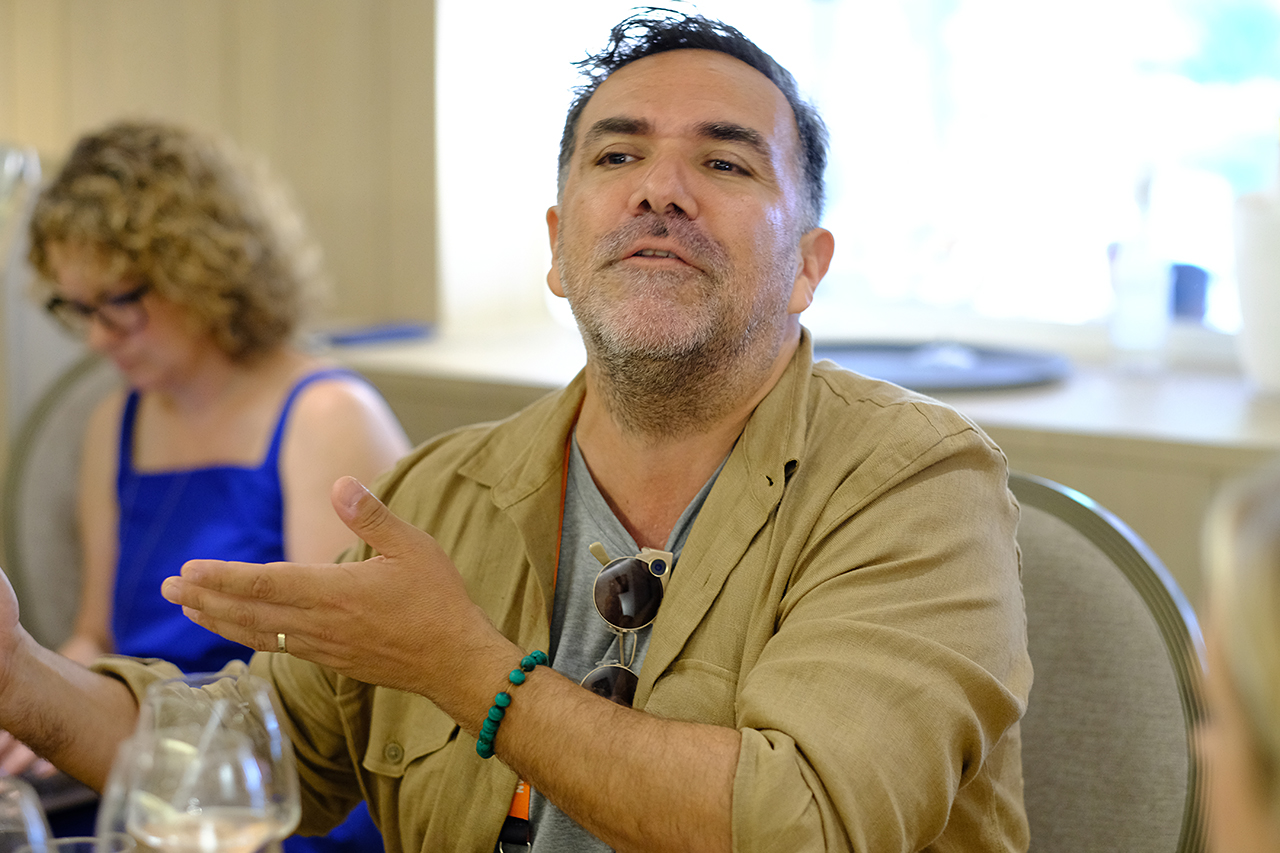 Camilla Kemp, CEO at M&C Saatchi responded by saying: “There’s something slightly audacious about the way in which the insight is brought to market together with genuine insight from other regions. We have had clients who said, ‘You don’t understand us’, so we have learned and worked with different individuals with unique capabilities, who understand how to be disruptive, and brought them together to solve their problems.”

Live outside your comfort zone
Jonny Shaw, CSO at VCCP+ also made the point that while the UK is a creative force of nature, living and working in a British bubble could potentially be a barrier to understanding global markets.

“Creativity is by far the biggest problem we face,” he said. “Audiences, clients… Everyone watches the same TV shows, they have the same boring opinions about Wes Anderson. They are not taking part in the culture that the rest of the world takes part in. Finding people who are fluent and capable of working outside of film is extremely difficult. 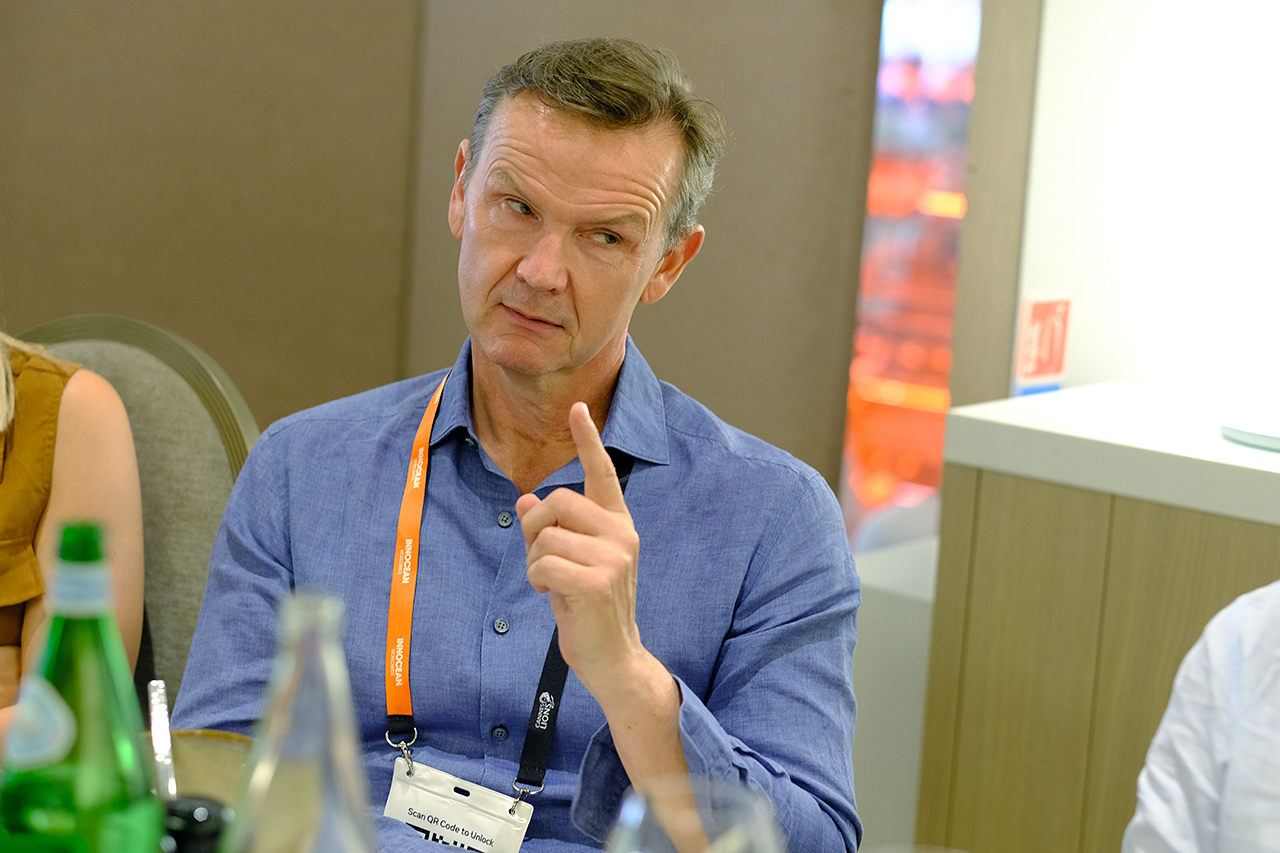 “It’s hard to be a credible marketer, if you have never lived outside of your own country – that’s colonialism. You need to get out of your comfort zone, be with different people, learn different languages, and then you'll do more interesting work.”

Other panellists also warned of the dangers of insular thinking, particularly as the political landscape has changed in the UK since Brexit. Rupen Desai, global chief marketing officer, Dole said: “There’s a lot of amazing creativity in Britain, but you need the humility to import some of it – China has some of the best connected comms, Tokyo has the best gaming developers… accept there could be a better way out there.”

Rupert Daniels, director – services (digital, education, creative, consumer & sports) at the DIT agreed, and encouraged UK companies to think beyond their borders in terms of growth. “Only one in 10 companies even think about exporting, and by 2050, 50% of global trade will be digital – if UK companies want to grow we need to change that,” he said.

Take risks to change the world
Some oohs and aahs resounded around the room, as Maggie Schmerin, managing director, head of global advertising and social media at United Airlines spoke about the company’s plans to reintroduce supersonic flights by the end of the decade in collaboration with US company Boom. It’s an example of an airline reimagining itself after the trauma of the pandemic and being at the cutting edge of innovation and risk-taking.

“We announced last year we are bringing supersonic air travel back for 2029 , working with Boom as a close partner to transform the fleet of the future,” she said. “The UK market is incredibly important to us – and you will be able to travel between London and New York in around three-and-a-half hours – the demand is there on both sides.” 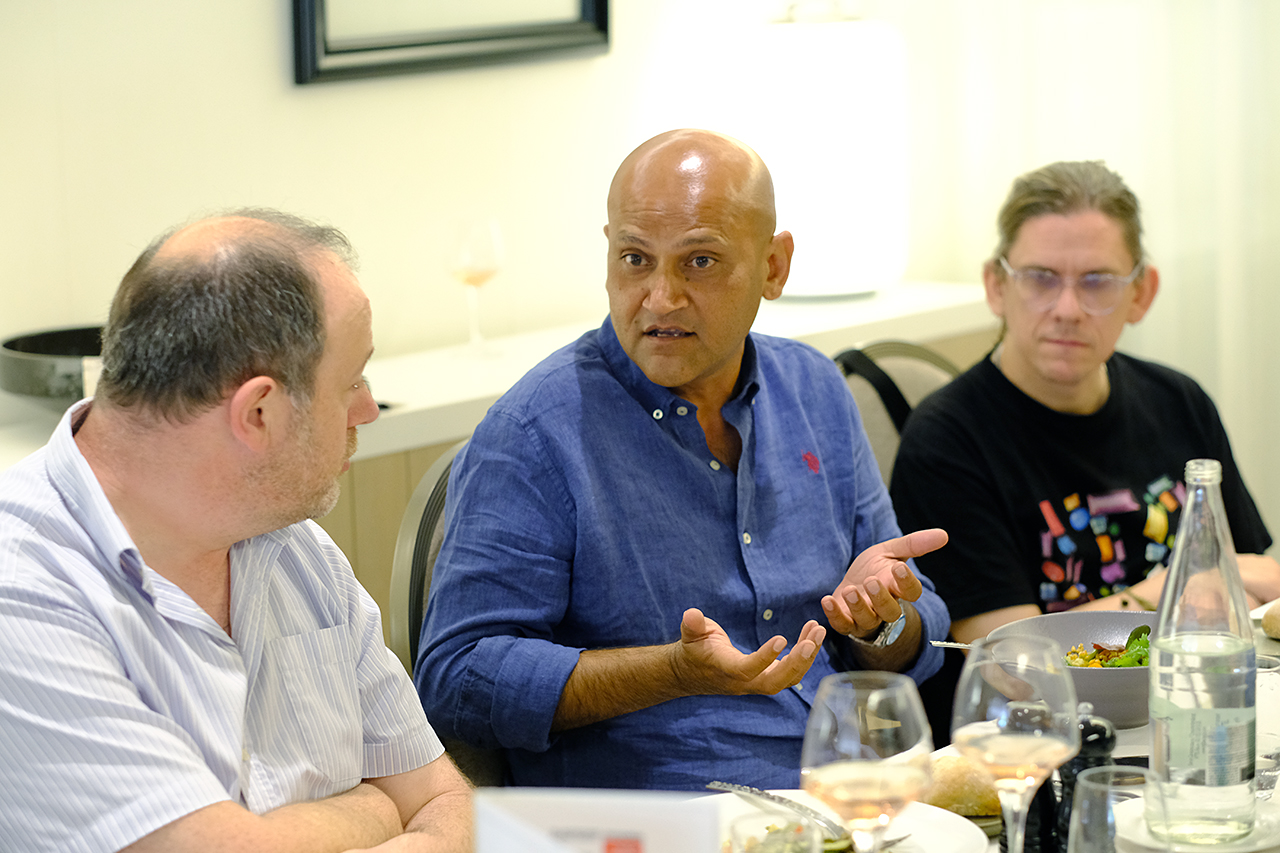 The panel was equally awed by the collaborative work demonstrated recently by creative production company, Chrome Productions. The company’s CEO Joel Mishcon spoke about working with the Shero team – the first all-female, all-Saudi, Dakar rally team. “It’s the toughest off-road race in the world, and yet Saudi women were only given the right to drive in 2018. Now we have a team of badass women that are literally changing the face of an entire nation, and will hopefully inspire generations to come.

“It embodies everything we care about – adventure, empowerment and gentle political persuasion. It makes sense as a global business to produce in different territories, while at the same time using the UK as our hub as a cost base for our clients.”

But, Mishcon also said one of the biggest challenges to achieving growth going forward will be bringing the right people into your own team. “Growth is a huge challenge because of the global talent shortage – it’s exciting that the industry is thriving, but we want to bring the best talent under our own roof and that is a fight.”

Focus on brand purpose
Whether it’s making vegan leather from pineapple leaves at Dole, or developing a brand advertising campaign based on sustainability and diversity at United Airlines, the panellists told stories of how they are making brand purpose a reality.

Julia Hitchman, head of brand and agency partnerships at Good-Loop introduced the purpose-driven tech company’s mission to help brands and agencies monitor the environmental impact of their ads. Its Green Ad Tag can track and offset the carbon cost of campaigns and is a great example of how knowledge-sharing can help solve the industry hit net zero targets.

While at the NFL, brands and athletes are working together to be more open and transparent around LGBQT+ issues. “The NFL is a uniter and a force for good,” said Ellis. “It’s important you see stoic world-class athletes talking about diversity, understanding each other and celebrating players who have come out in the league. We are also doing what we can to talk

about depression and anxiety and destigmatise that.”

In response to brands’ inspiring stories of collaboration which are changing the face of marketing, The Department of International Trade’s Jamila Saidi said: “Creativity is a force for positive change – I believe whether it’s on client side, in terms of chief marketing officers, or on agency side, the creative industry and advertising industry is in a unique position to enable a lot of change in this world.”

“The most important thing is to keep talking,” added the DIT’s Rupert Daniels. “We want to do new stuff, fresh stuff, and creative stuff guided by what industry is asking of us – and the only way we can do that is through partnerships.” 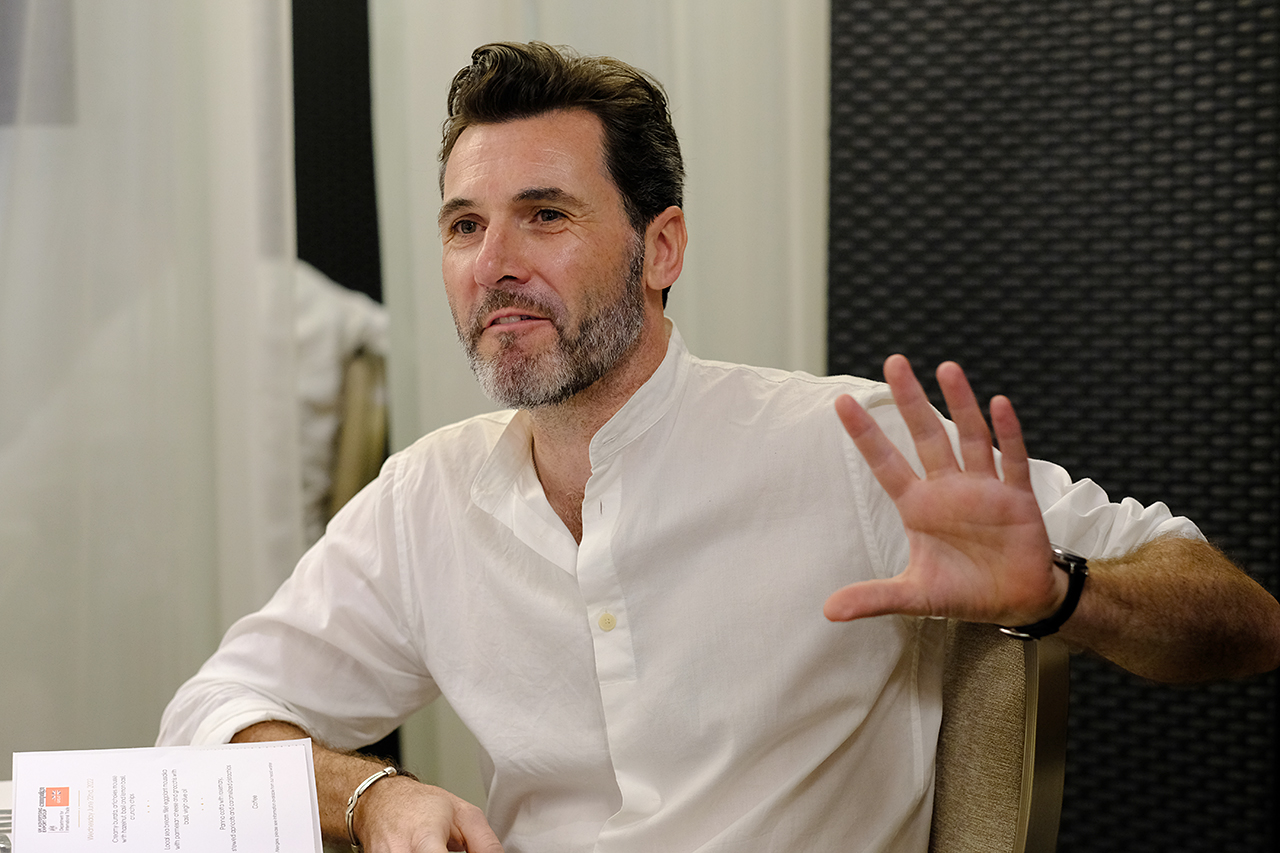