As sharing and information overload abound, curation is becoming an art form. George Nimeh explores the origins and future of collecting, sharing and profiting from the social web.

Charles Leadbeater, in his book We Think, coined the phrase 'We are what we share'. The thing is, we're sharing more information than ever before, thanks to sites like Facebook, Twitter and YouTube. Simultaneously, smartphones are making it as easy as one, two, three: publish.

'People stare into a fire hose of information every day, and it's having an impact. They're actively seeking ways to not only filter and organise what they find, but also to less stressfully consume more content.'

That quote from a recent white paper from the US agency Engauge refers specifically to Pinterest, but also describes a meta-level trend.

Let's look at a few of the players in the curation game and determine what role it plays in modern marketing.

Wikipedia (2001) The mother of all web curation experiments has grown in size, scale and importance over the years. Today, there are more than 22m articles in 285 languages, 35m registered users and 100,000 active contributors. Does your organisation offer a free, open place for digital collaboration?

Reddit (2005) Normally a home to random cat photos destined to go viral, Reddit showed itself as a valuable place to find out what was happening the night of the recent cinema shooting in Aurora, Colorado. The site's ability to allow its community to collaborate, comment and curate news in real-time was incredible. What tools does your company offer employees or customers that let them share and collaborate?

Twitter (2006) If you follow more than a few hundred people on Twitter and you're trying to catch up on a specific topic, there's nothing more tedious than trying to navigate a stream of random tweets. Topic-based lists help cut through the clutter. Have someone in your company create a Twitter list of people particularly relevant to your business. Distribute it everywhere, internally and externally. 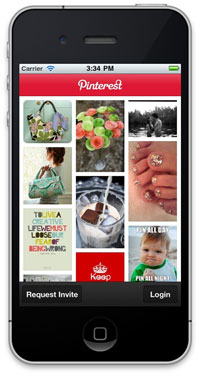 This red-hot start-up has surpassed Twitter, StumbleUpon and Bing in terms of the traffic it refers to other sites. In other words, by allowing people to gather and organise things they like into shareable collections, Pinterest generates a ton of outbound traffic. If your business is not actively sharing on Pinterest and encouraging customers to do the same, you are missing out.

Devour (2010) There are 72 hours of video uploaded to YouTube every minute - that's a week's worth of content by the time you've read this. Sites like Devour gather a small selection of videos from around the web that they find interesting and publish them to their discerning audience. Sometimes, simple wins.

JustFab (2011) Curation isn't only shareable - in JustFab's case, it's wearable. The online fashion and personal style brand, which designs and makes products under its own brand, has just raised $76m in venture funding. Its 120 personal stylists create customised online 'boutiques' for VIP members, who pay $39.95 per month. The fast-growing company has more than 6m members.

In addition to the businesses above, a host of individuals are discovering the best of the best and sharing it. If you're looking for some inspiration, just Google the name Maria Popova.

George Nimeh, aka @iboy, is a digital consultant.

Interested in a bit of curatorial DIY? These two popular apps will help you get started.

One of the most successful iPad apps, Flipboard creates a magazine-style experience from RSS feeds and links shared by your friends on social networks. If you are producing content, it'd be worth ensuring that your stuff looks good on Flipboard. Creating a custom feed is a good next step. 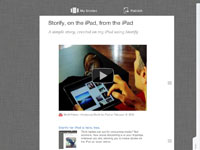 Storify is particularly popular with journalists, as it allows them to easily gather photos, video, Tweets and other content to create stories based on diverse snippets of social media. The content can be embedded almost anywhere, and, as the company says: 'Streams flow, but stories last.' If you need an easy way to curate content from all over the social web, this is for you.

How social lets your product sell itself

Publish or perish: how newsprint and digital platforms must work together

Tech: BBC and Sky must open up online

Are you suffering from a digital eating disorder?