The agency takes the crown for a second successive year. Founder Lester Wunderman would have been proud.

The close of 2018 was a time of endings for Wunderman: nine days into the new year its founder, Lester Wunderman – known as the father of direct marketing – died at the age of 98. But he stayed with us long enough to see the agency he founded in 1958 become, to most observers, the senior partner in the merger with J Walter Thompson – a turn of events that would have seemed scarcely plausible 60 years ago.

As a global network, Wunderman’s performance in recent years has been strong enough to make former chief executive Mark Read the natural successor to Sir Martin Sorrell at the helm of WPP. And in the UK, it has delivered the same mix of business performance and innovative creativity that resulted in it being named Customer Engagement Agency of the Year by Campaign in 2017, too.

Under the banner of "year of the client", the agency placed its focus on expanding its work with existing clients. It was named lead digital agency by Panadol, more than doubled the size of its GSK account, added more work for Microsoft and Samsung, and expanded its BT-EE business by 18%. It joined Shell’s "agency of the future" roster, launching several programmes for the energy brand. Wunderman also picked up accounts with Selfridges, Nestlé Purina and Bose.

Wunderman’s work in 2018 clearly illustrates what one judge called "a dual focus on tech and creative". For Ikea, it created the Ikea Toybox, an AR-enabled app that allows families to turn the retailer’s cardboard boxes into building and play materials. The agency handles the account for Ikea’s loyalty scheme, and the project was informed by data analysis of 50 million rows of dialogue across 17 years of parents’ online conversations, which found that 50% of parents struggle for creative play ideas. It was launched live on stage at Cannes with a group of 10-year-olds, generating significant earned-media coverage. 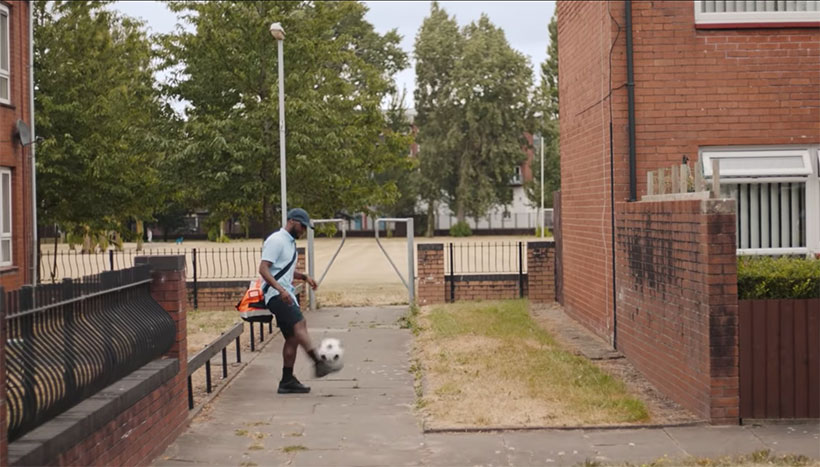 Since the proliferation of smartphone technology, traditional direct mail has only continued to lose prestige and relevance for many advertisers. However, in a campaign for BT, "The garden drop" (pictured, above), Wunderman showed that a physical delivery can offer something unique. It recruited Cardiff City FC player Junior Hoilett to kick promotional footballs into gardens in the Welsh capital. The scheme boosted conversion to BT Broadband by 69%.

For World Sight Day in October, Wunderman created a campaign for the Childhood Eye Cancer Trust (pictured, below) that told the story of a girl and her "uninvisible friend". Playing out across on-street digital displays, geo-targeted ads and a large blimp installation in east London, the campaign generated a 23% rise in traffic for the charity. 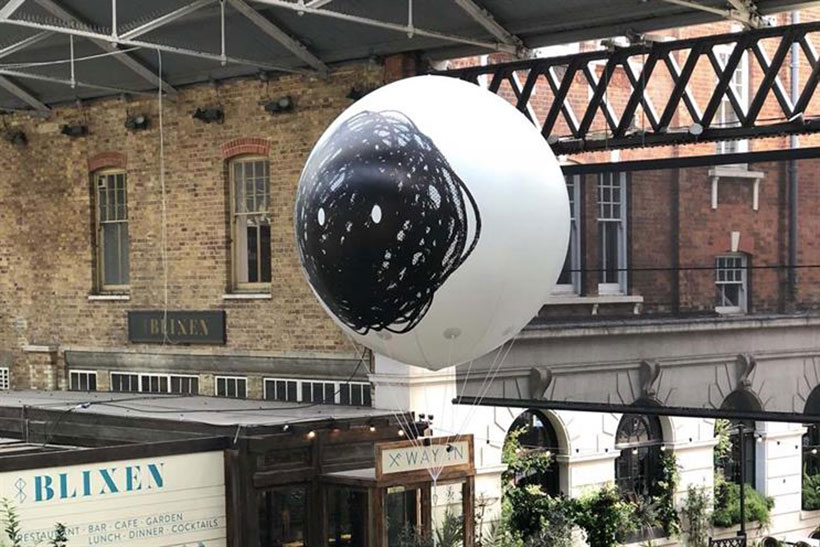 On the B2B side, Wunderman designed and launched a website for EY that aimed to reposition the consultancy as one that thinks and acts digitally. It helped EY increase traffic by 46%. For Microsoft, it created Microsoft Pivot 1, an innovative, interactive webcast that highlighted the tech company’s place as a thought-leader in digital transformation and AI. It attracted 1,000 registrants and connected Microsoft to 700 businesses.

The agency’s success, which has included organic growth across all its key accounts, led to the creation of 82 new roles in 2018. In March, it launched an on-site operating model, Wunderman Inside. And in September it bolstered its capabilities with a majority stake in Dutch marketing technology firm Emark.

The judges were unanimous: Wunderman offers "strong work with real insight and creativity at the heart", as well as showing a "clear exerted push to build and invest in internal culture". As one judge pointed out, 2019 could be a truly exciting year: "With the merger with JWT, we’re about to find out what they are really capable of." 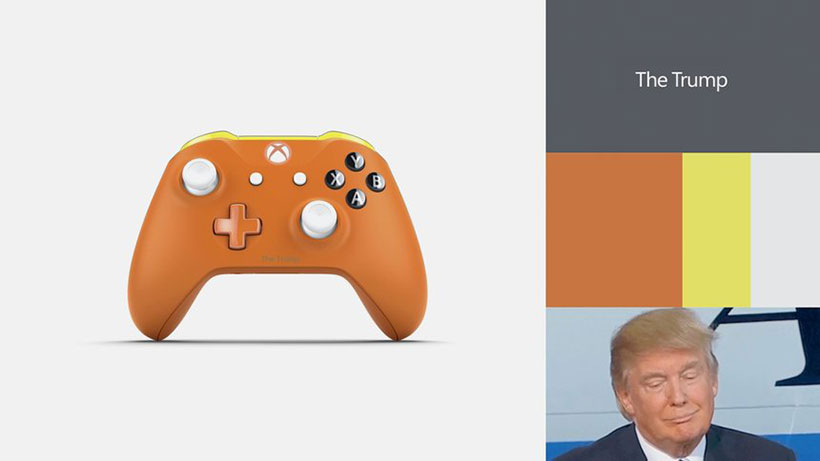 Two of MRM/McCann’s big successes in 2018 came via Microsoft. It continued to produce acclaimed work for Xbox (pictured, above) alongside sister agency McCann London, with custom controller campaign The Fanchise Model bagging 44 awards globally, including the inaugural Grand Prix in Creative eCommerce in Cannes. In July, the agency beat on-site specialist Oliver, as well as Wunderman, to be named Microsoft’s in-house agency of record, with 35 of MRM’s people working at Microsoft’s site in Reading. Other wins included Macmillan Cancer Support, Subway and SaferLondon, as it converted 81% of the pitches it took part in. It also picked up extra work from Moneycorp and Tommee Tippee and defended its Direct Line Group business. MRM is keen to support diversity. A quarter of its creatives are over the age of 45 and half are women; its board also has an equal gender split. 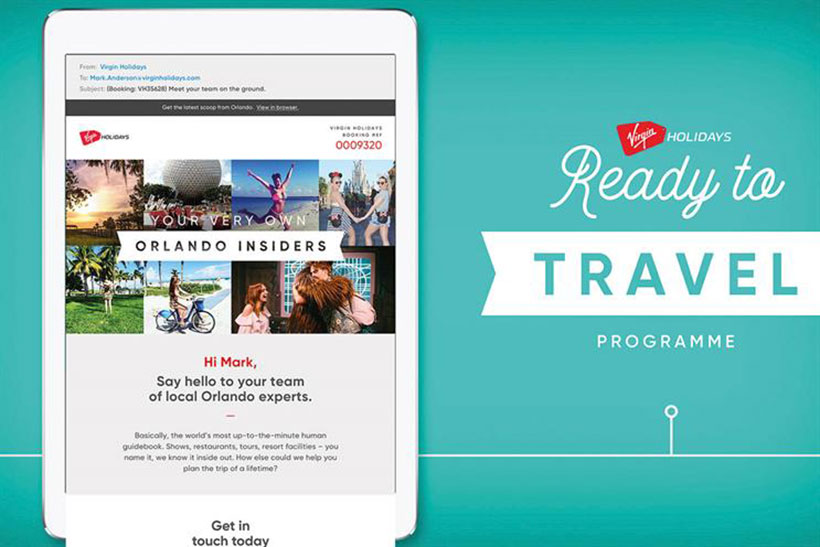 Proximity has no shortage of creatively prestigious clients: at the end of 2017 it won Ikea’s UK CRM account from seven-year incumbent Lida and in May added Audi to its suite of Volkswagen-owned brands. The agency’s stated focus on creative customer engagement has allowed it to grow business across its existing clients, too, which include TV Licensing and Procter & Gamble. Its achievements in 2018 ranged from a campaign for Virgin Holidays (pictured, above) that helped the brand grow email revenue by 58%, and almost double engagement rates, to a striking film for UK Black Pride that offered visibility for one of the most underrepresented communities in the country, LGBT people of colour. On top of that, Proximity took home 13 awards at the DMAs, across seven clients and including three golds. It was also ranked the top large company in Campaign’s Best Places to Work. 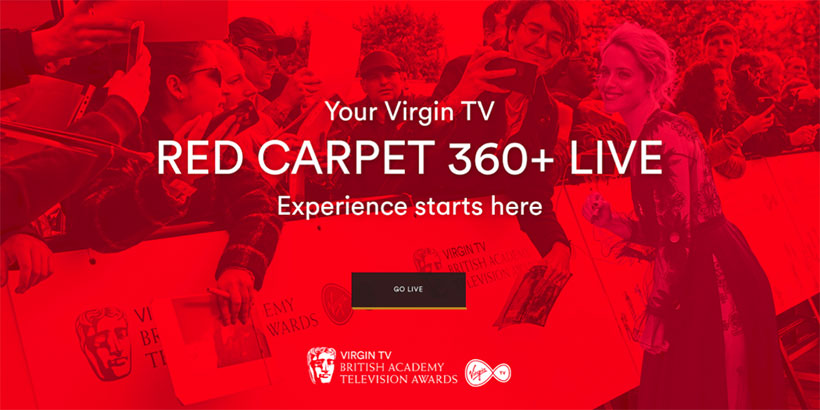 Rapp won 15 new clients last year, including PokerStars, Montblanc and Waitrose. As part of Omnicom Precision Marketing Group, Rapp also picked up business in the global Ford review. The agency’s work included a 360-degree VR red carpet experience at the Bafta television awards for customers of Virgin Media (pictured, above), the event’s headline sponsor. For the Open University, it created "The Open diaries" videos, in which students shared their experiences to tackle misconceptions about barriers to education. Viewers of these were more than four times more likely to explore the OU’s site than those seeing generic Facebook ads. With creative tech sister agency Code Worldwide, Rapp developed a creative automation solution for Burberry, while for PayPal it launched the brand’s "digital kitty" service, MoneyPools, in the UK. 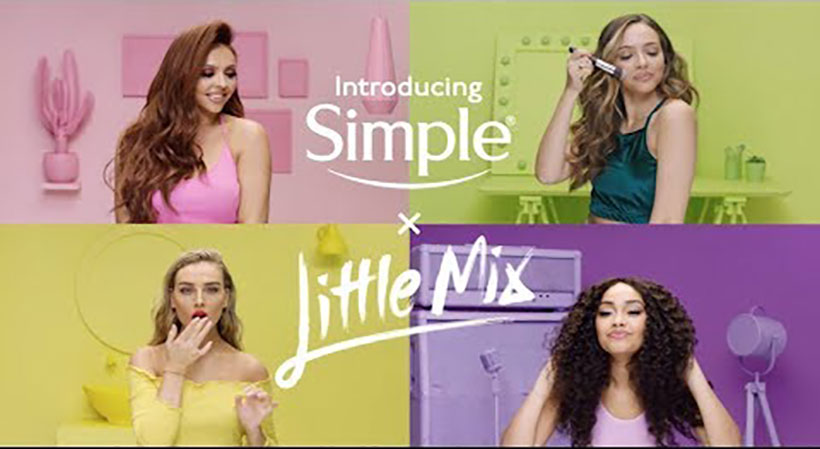 TMW’s work in 2018 included a campaign for Unilever brand Simple (pictured, above) featuring the members of Little Mix, a partnership that also included a limited-edition product range and content tie-up with Superdrug. For Virgin Trains, it set out to create "the most tailored customer journey ever" with improved email communications that boosted open and click-through rates and helped drive sales growth. In November, TMW’s powerful Armistice Day work for Westminster Council marked the centenary of the end of World War One. The hour-long film aimed to bring to life some of the London and Westminster people behind the huge sacrifices made.