The group reported 14.9% growth in net revenue at Dentsu Japan Network, and its international business posted a 17.7% uptick in its top line for the first quarter of 2022.

Continuing its turnaround, Japan-based Dentsu posted a strong set of numbers for the first quarter of the 2022 financial year. The network posted a 16.4% increase in net revenue (previously referred to as revenue less cost of sales) to JPY 258.9 billion ($2 billion) year-on-year (YoY), as it saw strong growth across its Japan business, while worldwide, segments such as customer transformation and digital contributed to the revenue increase.

The group reported 14.9% growth in net revenue at Dentsu Japan Network and its international business posted a 17.7% uptick in its top line. Stronger performance across the board also meant that Dentsu reported stronger profit, with its Japan unit reporting an operating profit of JPY 42.6 billion (up YoY by 25.6% and including an operating margin of 35.8%, the highest ever recorded by the firm in the first quarter). For Dentsu International, this figure was up by 13% YoY to JPY 13.8 billion. 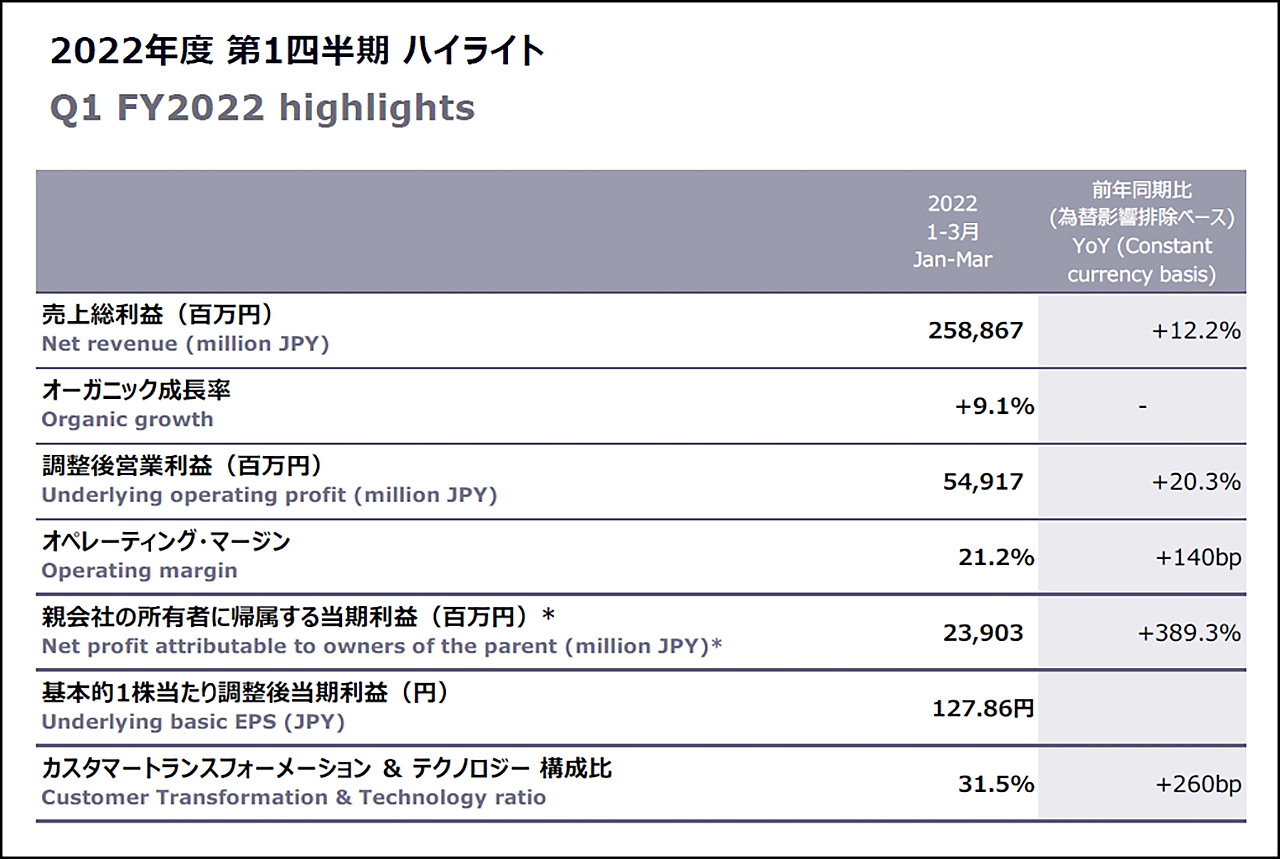 “Our strengths in first-party data, combined with identity resolution, data management, marketing technology, data sciences, loyalty, CRM, personalisation, and media/creative services, have created differentiation against an evolving competitive landscape,” said Hiroshi Igarashi, president and CEO, Dentsu Group said in the statement. “We have our sights set on becoming the market leader … as we look to grow Customer Transformation & Technology to 50% of our Group net revenue over time.”

Dentsu’s shifting growth drivers were also visible in the performance of its three business pillars—creative, media and CXM. The Creative service line reported “a year of transformation” under new leader Fred Leveron, while its media business grew “faster than the group”. For CXM, the Americas, EMEA, and APAC regions reported organic growth of 15%, 14% and 20%, respectively. 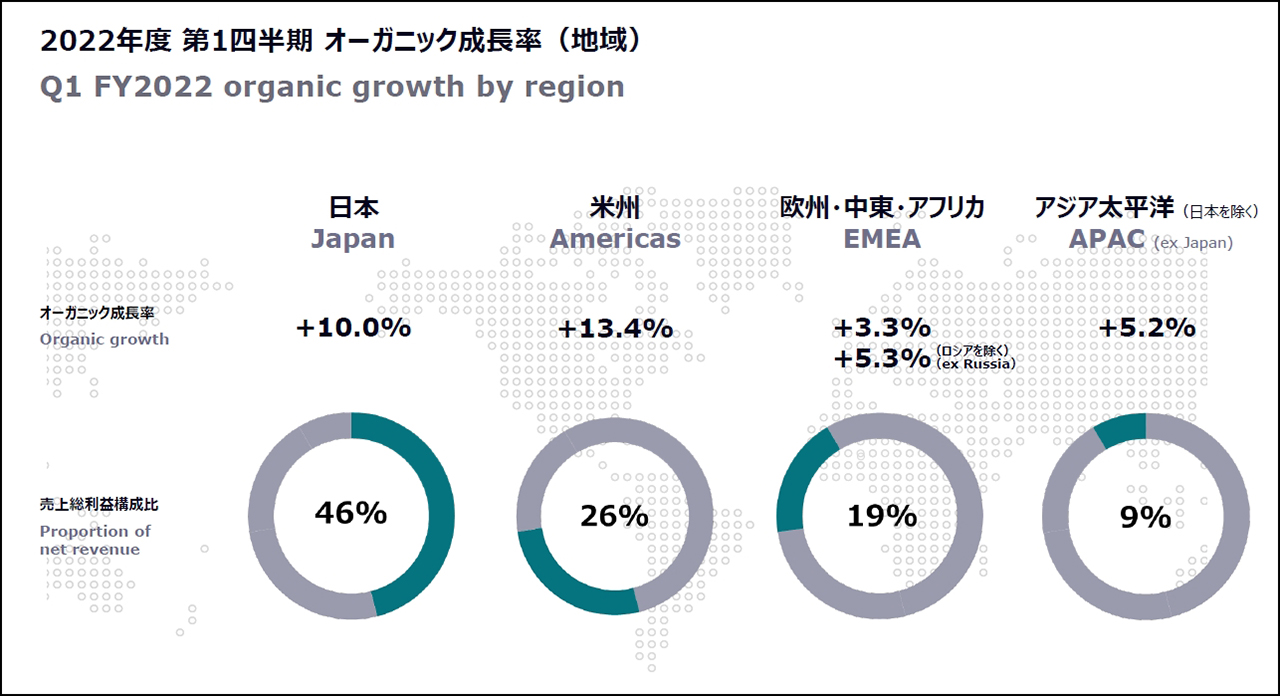 Dentsu has begun also to put to use the $2.5-3 billion corpus it set aside for inorganic growth in the past quarter. Most recently, it announced its takeover of Ignition Point, a consultancy business in the customer transformation and technology space. The deal will help the network accelerate its plans of obtaining half of its revenue from the customer transformation space.

Apart from its sturdy Japan business, performance elsewhere in APAC continued to be tepid for Dentsu. During the first quarter, the APAC (ex Japan) unit grew by 5.2% compared to over 13.4% for the Americas, while EMEA growth was slight at 3.3%, dragged down by stress from the Russia-Ukraine conflict. In APAC, Australia was the standout performer, while China saw some headwinds this quarter and markets such as India and Indonesia persisted with recovery.

Dentsu Group has revised its organic growth guidance for FY2022 to 4-5%, from 4% previously. Dentsu Japan Network still expects 2-3% organic growth and for Dentsu International, the company has increased its guidance to 5-6% from 4-5% previously.  “The changing macro impact from the Russia-Ukraine conflict, inflation, interest rate rises around the world, and the continued Covid-19 restrictions in China are well reported — however, we feel confident in our ability to deliver growth in 2022,” CEO Igarashi added.

Wendy Clark, the global chief executive of Dentsu International, added the operation outside Japan had made “a better-than-expected start to the year” with 8.4% organic growth and she was “pleased with our positive start to 2022”, noting: “There continues to be growth opportunity for the year ahead and we are in a strong position to capitalize on that further.”

Clark went on: “The humanitarian impact of the past quarter has been unspeakable. We stand unequivocally with Ukraine and the global community calling for the restoration of peace. Along with the personal contributions of thousands in our network, Dentsu Group has donated more than $2m to critical humanitarian aid and refugee relief efforts. These actions are reflective of who we are and what we stand for at Dentsu.”

Is pitching broken? How to fix it

With the cost of living rising rapidly, how are you supporting your staff?