We have only recently woken up to the risks of sugar consumption. Is this also the case with data, Gurjit Degun asks.

Jamie Oliver’s warnings about food high in fat, salt or sugar may have made the audience at last week’s Advertising Association Lead summit think twice when the break-time biscuits came out. But isn’t having too much of a good thing nearly always a bad idea?

When it comes to data, Christopher Graham, the UK’s information commissioner, who regulates the use of information by companies and the government, certainly believes so.

Organisations have long been collecting data from customers so that their agencies can look at media habits and shopping behaviours.

What’s more, as the term "big data" has become more prevalent in recent years, businesses seem to feel that the more customer information they can feast on, the better – like a sugar rush.

However, a high is usually followed by a low, and Graham warned Lead delegates about the risks of holding on to so much data. Many companies are not thinking about the consequences – TalkTalk, for example, suffered a serious cyber-breach last year.

Graham said: "It’s been said to me – thinking about opportunities – that data is the new oil. Somebody else said: ‘Yeah, but it’s also the new asbestos.’ One might say data is the new sugar."

The former Advertising Standards Authority director-general also explained that the data doesn’t belong to companies but to consumers.

And consumers care how their personal information is being handled. Citing results from a YouGov poll, Graham said that 95 per cent of people think it’s "very or fairly important" that customers are clear on how their personal data is going to be used.

"We talk about the tremendous opportunity of digital but think of the risks," Graham added. "Where it’s personal data, it’s not yours to do what you like with. People care about what happens."

The Information Commissioner’s Office has the power to impose civil penalties of up to £500,000 but, in 2018, regulators will be able to enforce fines of up to €20 million or 4 per cent of global turnover.

Such fines would certainly leave any miscreant with a bitter taste in their mouth. Don’t say you haven’t been warned. 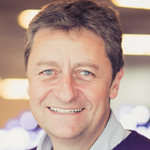 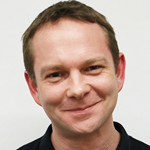 Scott Wallace, head of data and analytics, MullenLowe Profero
"There’s a tendency for some players to collect as much data as possible, regardless of need. This creates huge volumes and increases risk. Advertisers need to focus on only the data points that are important to their business." 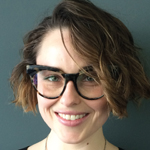 Nicole Armstrong, associate strategy director, R/GA London
"Today, there’s a push to avoid sugar completely. This doesn’t need to be the case with data. However, it should be used mindfully. Be human-centric and serve customers – don’t target them with nonsense and spurious content." 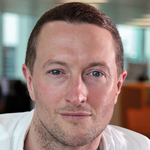 Richard Morris, managing director, Vizeum
"Data can make communications more personal and valuable for audiences and help brands better understand people’s needs. But get the balance wrong and we move from enriching lives to being an unwelcome intrusion."

Conservative MP speaks out against 'Trumpification of advertising'