A Rolls-Royce pulls up in front of a fish-and-chip shop and a very posh lady gets out. She goes inside and says: "Cod and chips, please."

The owner wipes his hands on his apron. He says: "Madam, how many letter ‘f’s are there in the word ‘cod’?" The lady says: "There is no ‘f’ in cod." The owner says: "That’s what I’ve been trying to tell you."

I often feel like that chip-shop owner – most often when I’m talking about ads.

I say: "But it’s got no idea." The account man says: "What if it was done in Manga animation?"

I say: "But it’s got no idea." The client says: "What about if we used a track by Massive Attack?"

Well, whatever the customers are paying for, they want it called an idea. Let’s see, maybe I’m wrong.

Kabuto Noodles has a three-minute "live improvised ad break". Comedians pretend to be in an igloo, pretend to be German, pretend the pots are a brassiere or drums, and then sing the instructions.The line is: "Made in a moment."

Or how about Sudocrem? The ad features two little boys complaining about old injuries, like the scene from Jaws. The line is: "For all of life’s little dramas."

Or how about Carte Noire? The ad features a futuristic game of flaming-netball between a team of men wearing black and a team of women wearing white. According to the press release, the two teams represent the roasting process of coffee.

Oh, wait a minute. There is one ad that seems to have a bit of an idea peeping through. Not sure how that one squeaked by.

It’s for Lexus and features close-up shots of a ballerina’s feet, dancing on tiptoe while the car drives around, all shot in black and white in a bare studio. The line is: "A stronger body for greater control." That actually seems dangerously like the beginnings of an idea.

But, as far as I could make out, that was the nearest anyone got. Mind you, that list is no worse than most advertising I see.

In fact, the question I’d like to ask about most current advertising is: "How many letter ‘f’s are there in the word ‘idea’?" 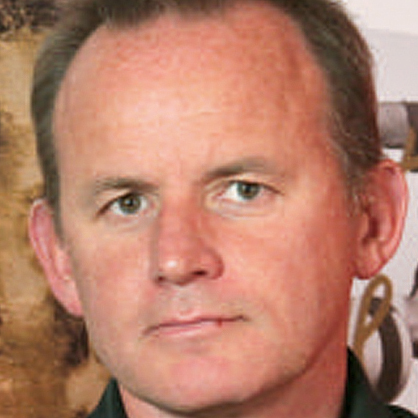 I was speaking to a really smart South American creative director at an awards show recently. He came from an activation background, and I’ve always found it strange why creative people differentiate their skills. He explained his skill was to create a physical reaction in the customer by working in the "now".

I think, no matter what you do, your goal is to produce a physical reaction from a potential customer.

But does all advertising produce physical reactions? What better way to find out than reviewing some new work for the lovely folks at Campaign.

First through the door is an improvised video for Kabuto Noodles. A comedy improvisation troupe play out an improvised sketch using a couple of pots of Kabuto Noodles. To be honest, I love anything that sounds remotely different, so this should be right up my street. I applaud the agency for trying to connect with the customer in a fresh way. But the physical reaction is that it makes me want to watch Whose Line Is It Anyway? reruns, mainly because I don’t see what the product has to do with the idea. But full marks for the idea itself.

Next up is a TV spot for Sudocrem, a product that bungee-jumps me back to my childhood. It features two boys bragging about playground battle scars. An old-school spot that is charmingly put together, and understands the product and where it comes from. Physically, it makes me want to go out and stock up.

Now comes a TV spot for Carte Noire. I am told that it is done by BETC in Paris. I wish I hadn’t seen that. I love this agency’s work and I think it might make me a little biased.

The ad shows a world of fire and ice colliding in an apocalyptic battle. Apparently, it alludes to the coffee-roasting process in which cold water is poured over hot beans. Sounds epic, doesn’t it? The music is even composed by the guy who wrote the soundtrack for Pirates Of The Caribbean: The Curse Of The Black Pearl.

Unfortunately, this is more Mr Bean than coffee bean. On paper, this sounds like an exciting script and typical of a forward-thinking agency. This is the case of thinking epic and not being able to deliver. Overreaching. The physical reaction here is more of missed opportunities.

I am now watching a film promoting the launch of the Lexus IS 300h model. It features shots of a principal dancer from the English National Ballet performing a routine to a hip-hop track, interspersed with black-and-white images of the new Lexus.

Here’s how they conceived this film: take one spoonful of Audi, one spoonful of Nike, a pinch of Dunlop and bake in a research group for six months. It not a bad ad and looks beautiful, but it’s just a travesty of an antiquated ideas process. Physically, it makes me want to scratch my head.

Last, we have a series of spots for Tesco Mobile. They aim to challenge the perception that it is not a serious contender in the market. The first one shows a couple of middle-aged women laughing at each other for buying a Tesco Mobile before a comedian interrupts, telling them there is nothing funny about being a customer of the network.

The ads are fun and intrusive in a good way, quirky and the making has great standout – I love the way the director has put his mark on them. Physically, it makes me want to change provider.

So, does all marketing produce a physical reaction?

No. But it should do.

Sudocrem "for all of life's little dramas" by The Minimart