Wonderhood founder and former Channel 4 boss questions whether regulation is holding back UK broadcasters' advertising offer as they compete with global streaming platforms.

Ofcom, the UK TV regulator, should do more to enable broadcasters and brands to innovate in an increasingly digital television advertising space, Wonderhood Studios founder David Abraham has warned.

Abraham, the former Channel 4 chief executive who left in 2017 to found the creative ad agency, also said advertisers have "lost control of their audiences" at a conference hosted by Deloitte and Enders Analysis today.

“My question is whether the high-trust, tightly regulated environment of broadcast public-service broadcasting [is] keeping pace with the rest of the digital world and whether or not Ofcom should be looking at more innovation in how brands and broadcasters can work together in new spaces,” Abraham said during a panel discussion.

Last year ITV and Channel 4 unveiled changes to their strategy that placed more emphasis on increasing ad revenues and inventory from streaming via their respective “broadcaster video-on-demand” platforms, ITV Hub and All 4.

As the audience for BVOD grows, Abraham explained, so too does the interaction between a mass TV audience and the ability to target them through digital technology.

“[T]he connected television proposition is going to get more and more important, but the regulation, frankly, isn't keeping pace,“ he added.

“One of the things that we have been looking at is pushing the possibilities of product placement and sponsorship into that purpose space, because brands can contribute to public value.”

Product placement in British TV shows was first allowed in 2011 and Ofcom enforces tight rules, such as ensuring broadcasters show a designated logo for at least three seconds during the opening and closing credits of shows. Tobacco, alcohol and HFSS products are banned from product placement.

However, product placement in films and international programmes has been allowed on UK television for many years, and is also common on Netflix and other US streaming services that have increasingly become popular in recent years. The third series of Netflix hit Stranger Things, for example, reportedly contained about $15m (£10.8m) worth of product placement for brands including Burger King and Coca-Cola.

Abraham went on: “We all know media planning is such a fragmented world to put these automated media plans together, and clients have lost control of their copy, they've lost control of their audiences… I think broadcast TV in the connected space is going to be one of the most exciting and creative environments that we can all invest in and innovate in over the next few years. And it's something that Britain can be really strong at.” 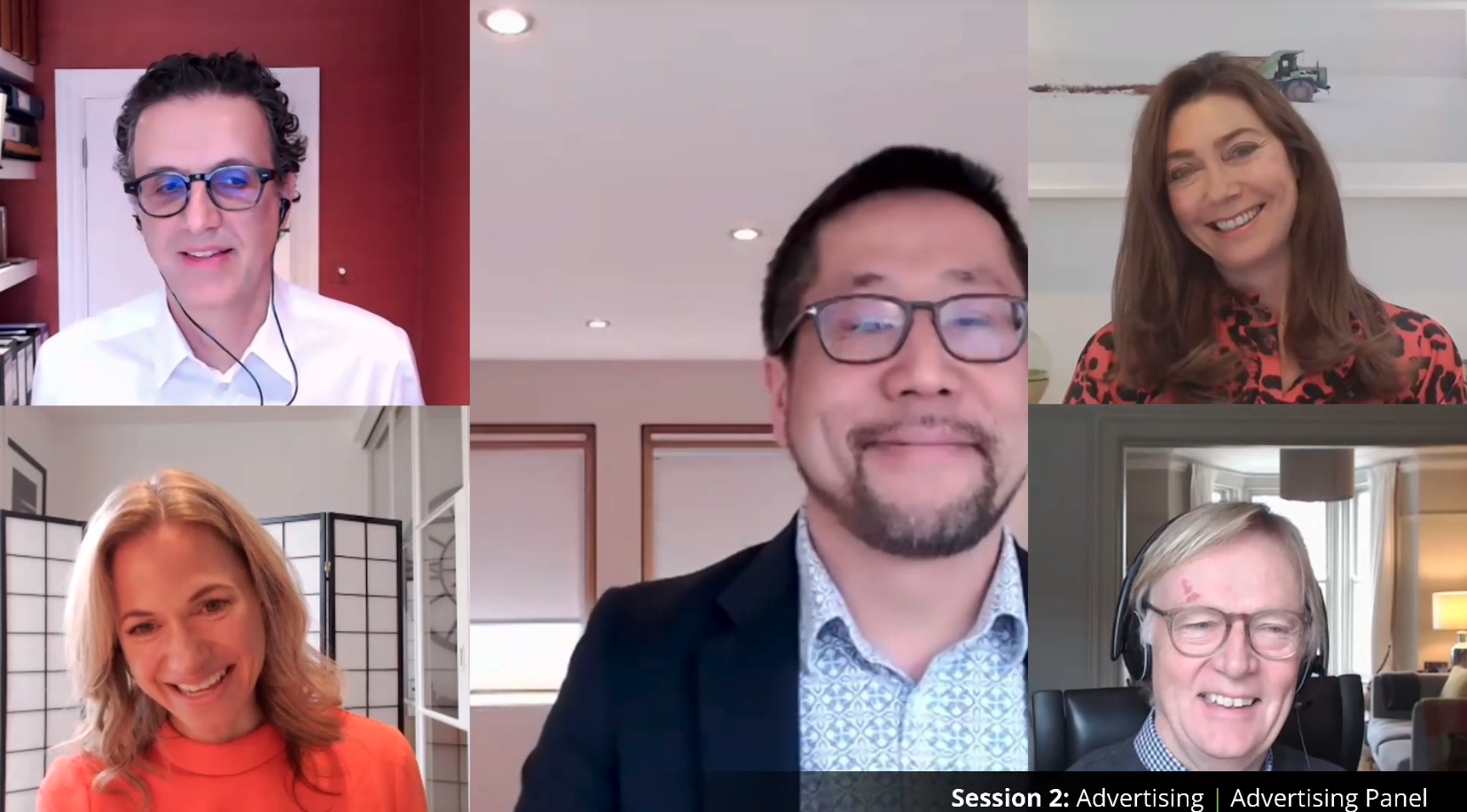 The session was dominated by the importance of purposeful advertising and brand safety. Pattison, a former media planner, said being mindful about the media content against which ads are placed has always been important, and cited Piers Morgan walking off the set of ITV’s Good Morning Britain yesterday as a “kerfuffle” and example of where brands have to be careful about “the company they keep”.

Morgan was criticised by a co-presenter for ridiculing Meghan Markle’s claims about suicidal thoughts and mental health issues during an interview with Oprah Winfrey aired by ITV on Monday evening. On Tuesday evening, Morgan and ITV announced he was leaving the show.

In an online environment, she argued, "technology can help us [but] I don't think it's there yet. I think a lot of work has been done, and needs to be done at an industry level, so that we have Google and Facebook and everyone else working together on common standards, not working separately on individual standards.”

Woodford highlighted the industry’s responsibility to change consumers’ behaviour to help tackle climate change. Last year the AA launched the AdNetZero initiative in getting the ad industry to reach zero net carbon emissions by 2030 or, as Woodford described it, “get its house in order”.

He said: “Where we're part of the problem, we've got to become part of the solution. Driving sustainable behaviours across every aspect of our lives is the sort of level of change we're going to need to see if we have a prayer of reaching the targets that we need to reach as a planet.