How do agency bosses respond to student pleas for advice and work placements? Jeremy Lee goes undercover to find out.

Everyone remembers the person who gave them their first break in advertising – usually with immense gratitude. Given the decline in the number of first-year trainees – the IPA reported an 11 per cent fall in 2013 to just 831 – and the continuing perception that advertising is one of the most attractive and diverse careers going, the intense competition for places and the corresponding gratitude aren’t surprising.

For those students who have just graduated, the prospect of finding work in the industry will probably have started in the last term, and they should have an idea of whether they have been successful – the person who has (or has not) given them their opportunity will have become apparent. But for those who are slightly younger and still unsure of whether it is the industry for them, or are trying to enter advertising without joining a graduate training scheme, there is still the prospect of trying to get onto an agency work experience programme.

The competition for such places is equally as intense as that for graduate schemes. Agencies offered 38 app­renticeships and 323 internships last year, and some less-confident school students could be forgiven for feeling slightly overwhelmed by the process (a sample question from the Abbott Mead Vickers BBDO work experience scheme invites the candidate to make the agency want to date them).

What exactly is it that agencies want?

Taking on the persona of such a naïve student, under the fictional name Finley Whiteley, Campaign e-mailed the chief executives of 17 agencies in the UK to ask their advice on how to get on in the industry and for details of how to apply for their work experience scheme.

Agency bosses have many tasks to perform, and giving help to someone they believed to be a school-age student was probably not high on their list of priorities, so it was heartening that so many e-mailed back personally offering advice and how to apply for work experience. 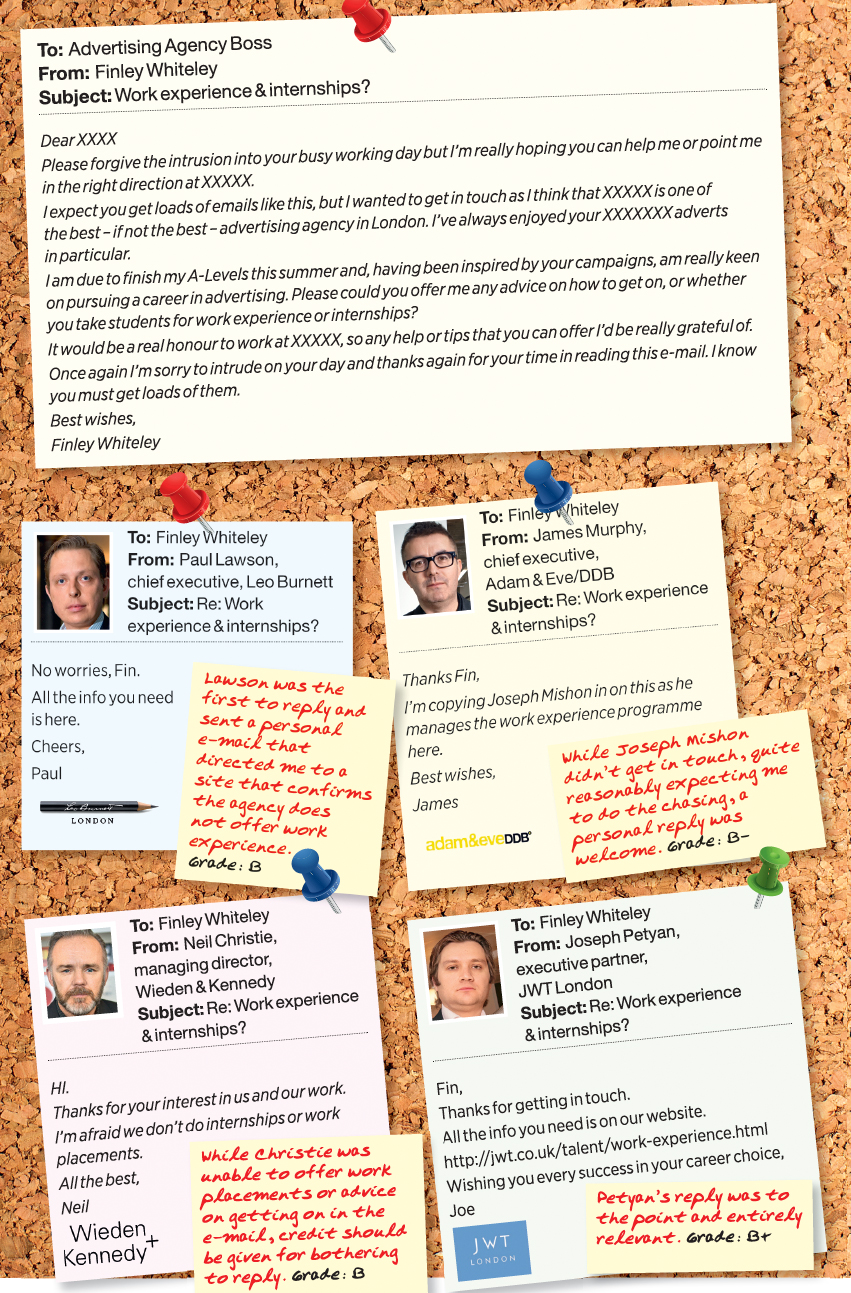 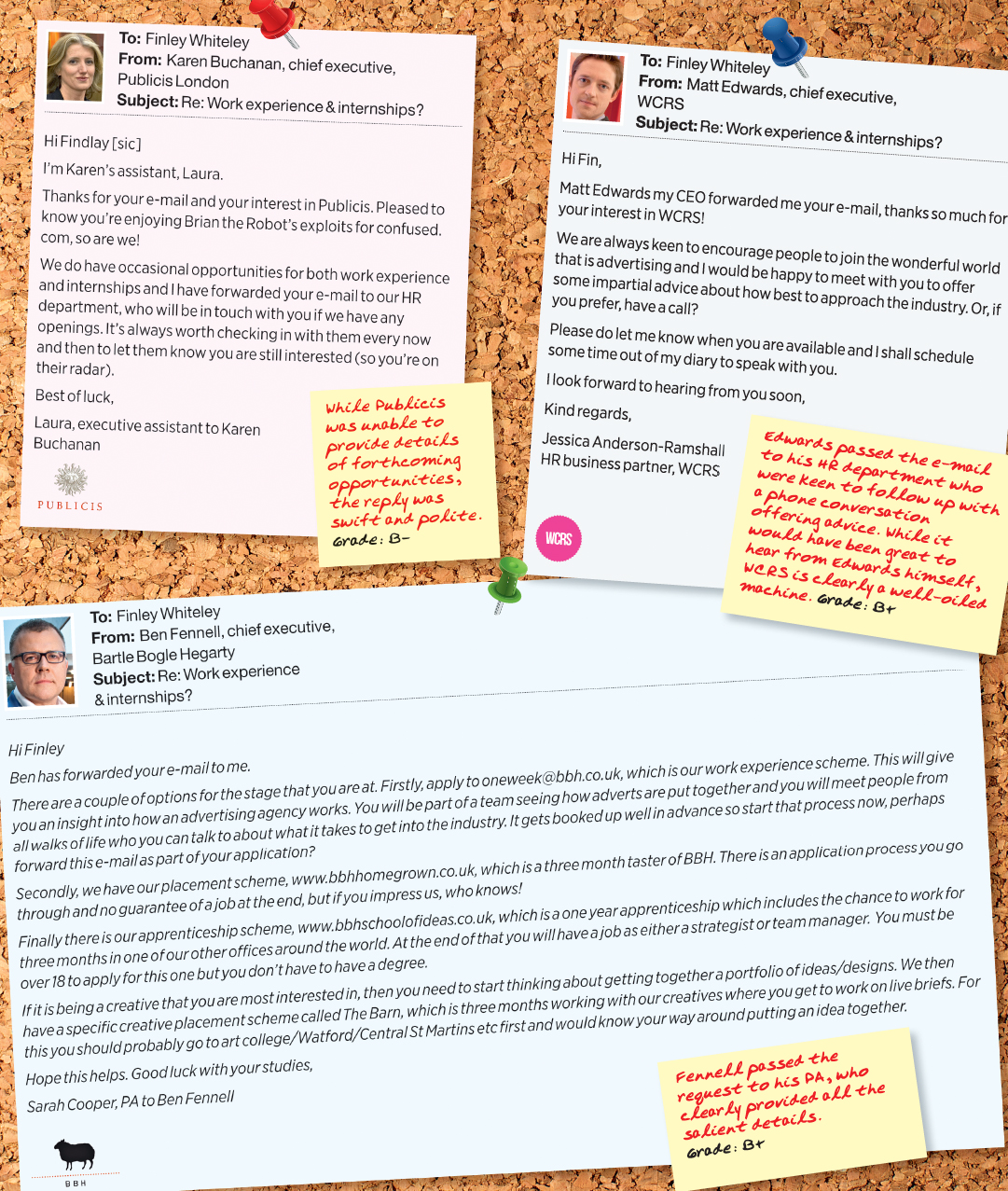 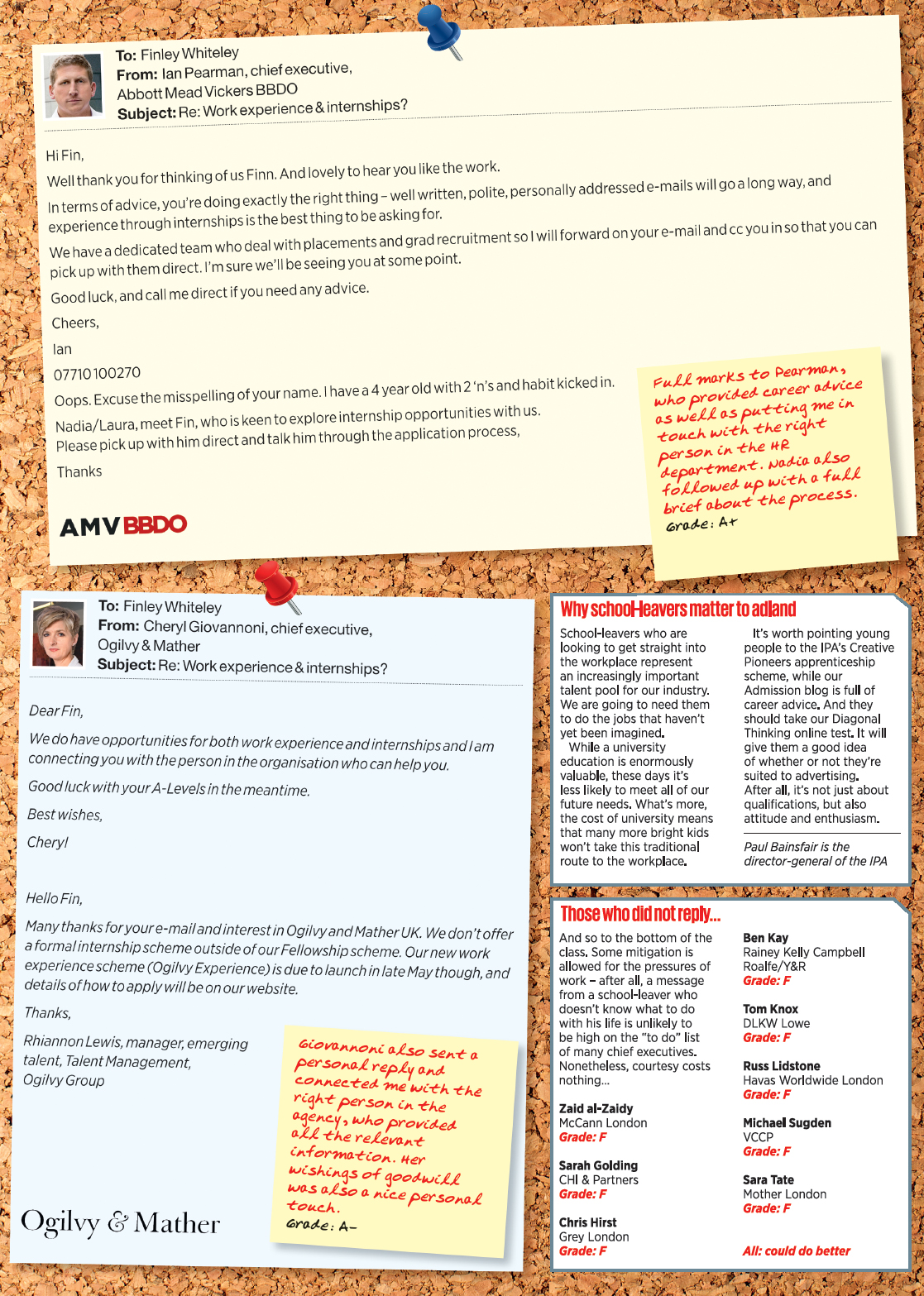