Ron Schott, head of Spring Creek at IPG Mediabrands gets behind the numbers of Facebook's Q3 earnings this week.

Facebook's financials may have been the focal point of the day, but there are numbers that don't have currency symbols next to them that advertisers were paying attention to - Monthly and Daily Active Users (MAUs/DAUs), Mobile Users, and Ad Engagement.

Much of this plays to a number that Facebook didn't disclose, but did (if in a veiled fashion) address: the number of all-important teens using the network less. If Facebook wants to reengage or engage new teens, it's going to do so in the mobile space. Instagram, the darling of the mobile social space, grew by leaps and bounds and boasts 150M MAUs (a number had actually hasn't changed since last announced a few months ago).

What Facebook's next earnings report will look like will be largely based on how their numbers attached to mobile use, mobile ads, and messaging perform. They're no longer battling just Twitter, but a bevy of upstart, teen-driven apps like SnapChat, WhatsApp, and Line. 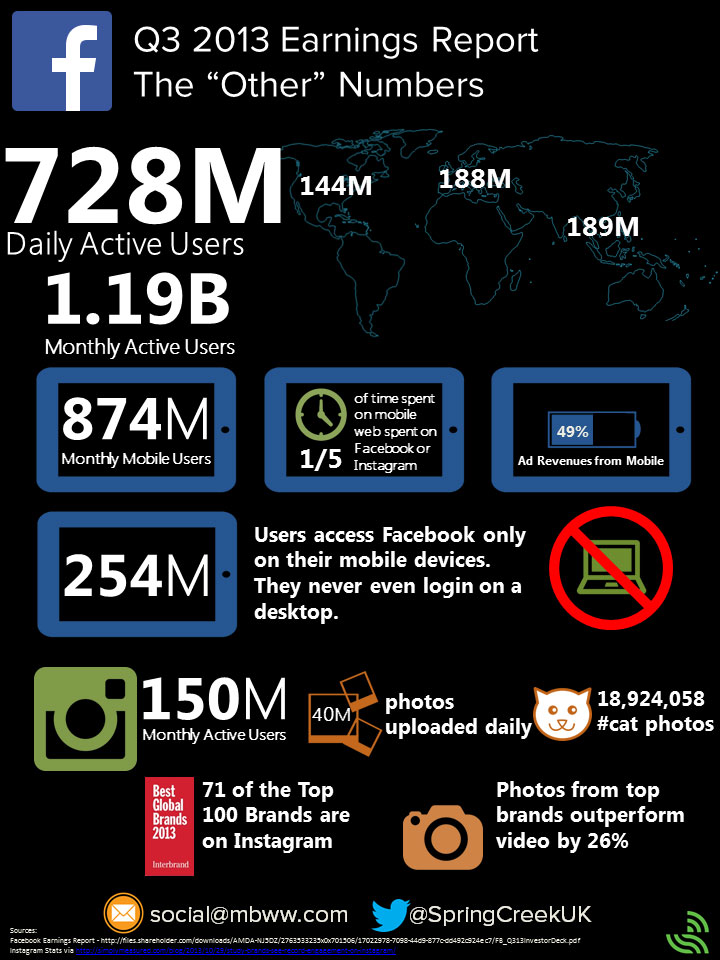 Ron Schott is head of Spring Creek at IPG Mediabrands