Making a change it has been discussing for more than a year, the current Dentsu Inc will shift to a "pure holding company structure" on 1 January and its trade name will be changed to Dentsu Group Inc.

In addition, all the operational functions that Dentsu Inc previously managed as an operating holding company will pass to a successor corporation, which will then have its trade name changed to Dentsu Inc on 1 January. 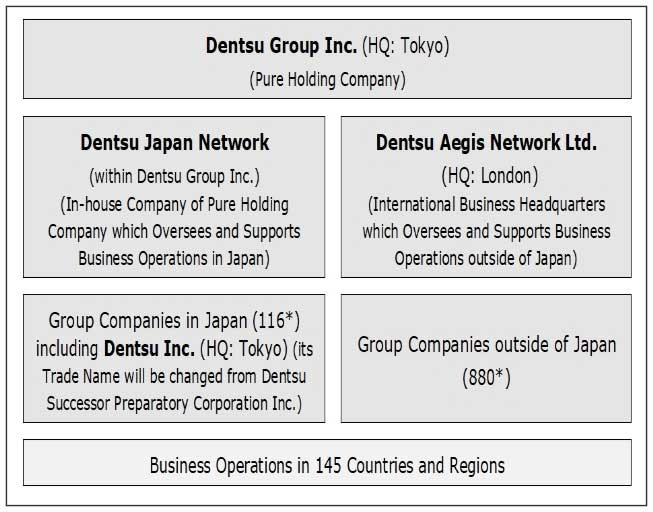 The company said the new structure aims to bring together diverse perspectives and make it "a matter of course for innovation to be generated from anyone, anywhere". Dentsu will "create new value and new businesses by forming flexible teams not only within Dentsu, but also with various external partners", it said.

Dentsu Japan Network, overseeing the 116 domestic group companies, will build a "flat and tightly knit network" that is able to respond quickly by forming optimal teams, the company said.

The new Dentsu Inc, one of those 116 group companies in Japan, will "pursue business growth in a more autonomous manner and accelerate its business transformation at a more advanced speed never seen before".

Dentsu also outlined the prospective board members and executive officers for the new units (all pending formal election).

Dentsu Group Inc: the holding company will have the following board members, including new additions Nick Priday and Gan Matsui: 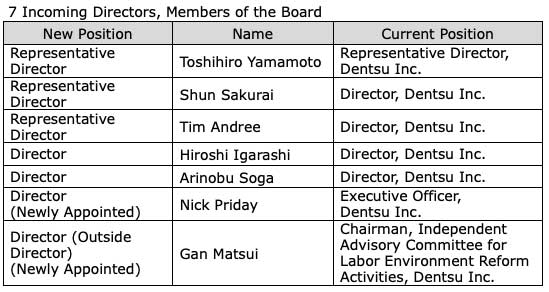 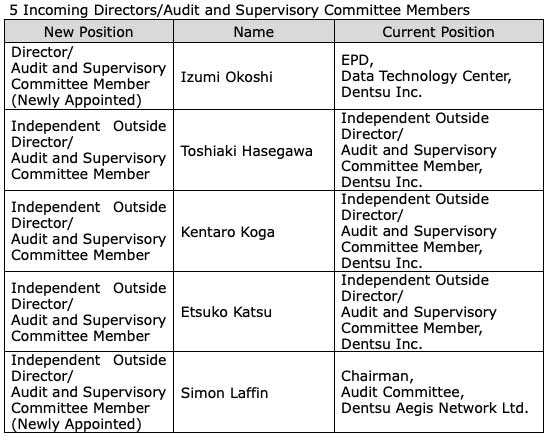 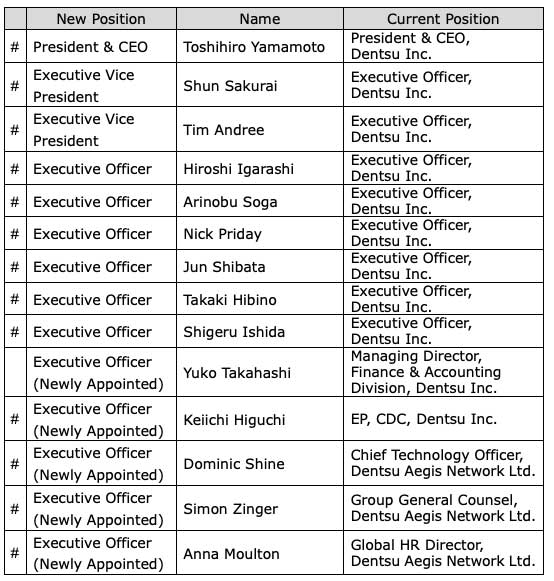 Dentsu Inc: Its board will include the following four directors, in addition to a corporate auditor:

Hiroshi Igarashi will also serve as president and chief executive of Dentsu Inc, along with two executive vice-presidents and 22 executive officers.

Jerry Buhlmann on leaving Dentsu Aegis: 'I'm proud we were able to transform the business'

Digital revenues up, but profits down at Dentsu