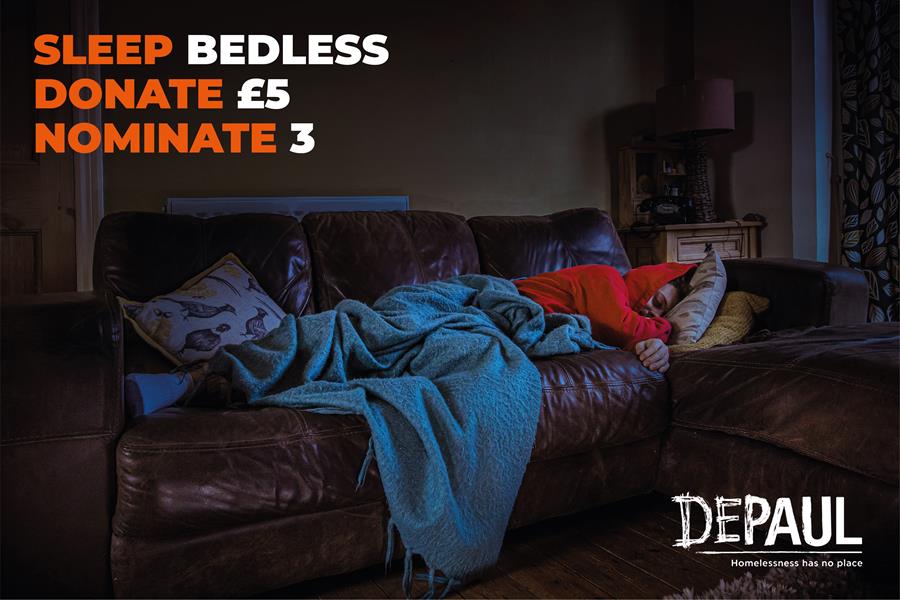 The charity Depaul is asking members of the public to relinquish the comfort of their bed for a night, in a bid to highlight the issue of hidden homelessness.

With efforts from Strictly Come Dancing’s Neil Jones and writer/vlogger Meg Says, the campaign encourages people to sleep bedless for the night – opting for sofas, baths or blanket forts instead – before donating £5 to Depaul UK and inviting three friends to do the same.

This follows research from Depaul which found that more than half (55%t) of young people in hidden homelessness have suffered some form of harm, including abuse, assault or being pressured into drinking alcohol or taking drugs.

The work was written by Kate Langham and art directed by Edie Crosland.

In 2018, Depaul created a Spotify playlist telling the stories of five homeless people.

Doritos "Make your play" by Mother

Warner Bros "The dancing wall" by We Are Social

End Youth Homelessness "(Not) working from home" by Neverland