Ads highlight that many passengers have non-visible impairments.

The Department for Transport is highlighting non-visible disabilities in a campaign advocating a more inclusive and empathetic transport system.

Created by VMLY&R, the animated ads use animal characters as a visual metaphor for how behaviour can change while taking public transport. People morph into hyenas, a bull, tortoises and more to represent their inconsideration, but they turn back into humans when they demonstrate empathy for their fellow passengers.

The soundtrack is an original song, composed by Siren and Factory, that takes a light-hearted tone to convey a serious message. Lyrics suggest that it only takes a small amount of effort to improve the public-transport environment for everyone, with lines including: "Just a tad, a smidge – it’s nicer, wouldn’t you say? See, a little consideration goes a really long way." It ends with the message: "Remember, it’s everyone’s journey."

The campaign also comprises press, outdoor, online and radio activity. It was created by Perle Arteta and Christopher Joyce, and directed by Smith & Foulkes through Nexus Studios. Wavemaker handled media planning and Manning Gottlieb OMD was responsible for media buying.

Disabled people in the UK travel up to a third less and one in four say negative attitudes from other passengers have prevented them from using public transport, according to research from Scope.

"It’s everyone’s journey" aims to raise awareness of non-visible impairments, which affect 50% of disabled adults in the UK. The campaign is part of the government’s inclusive transport strategy, which includes a £300m commitment to extending the Access for All programme and improving a further 73 stations between 2019 and 2024. 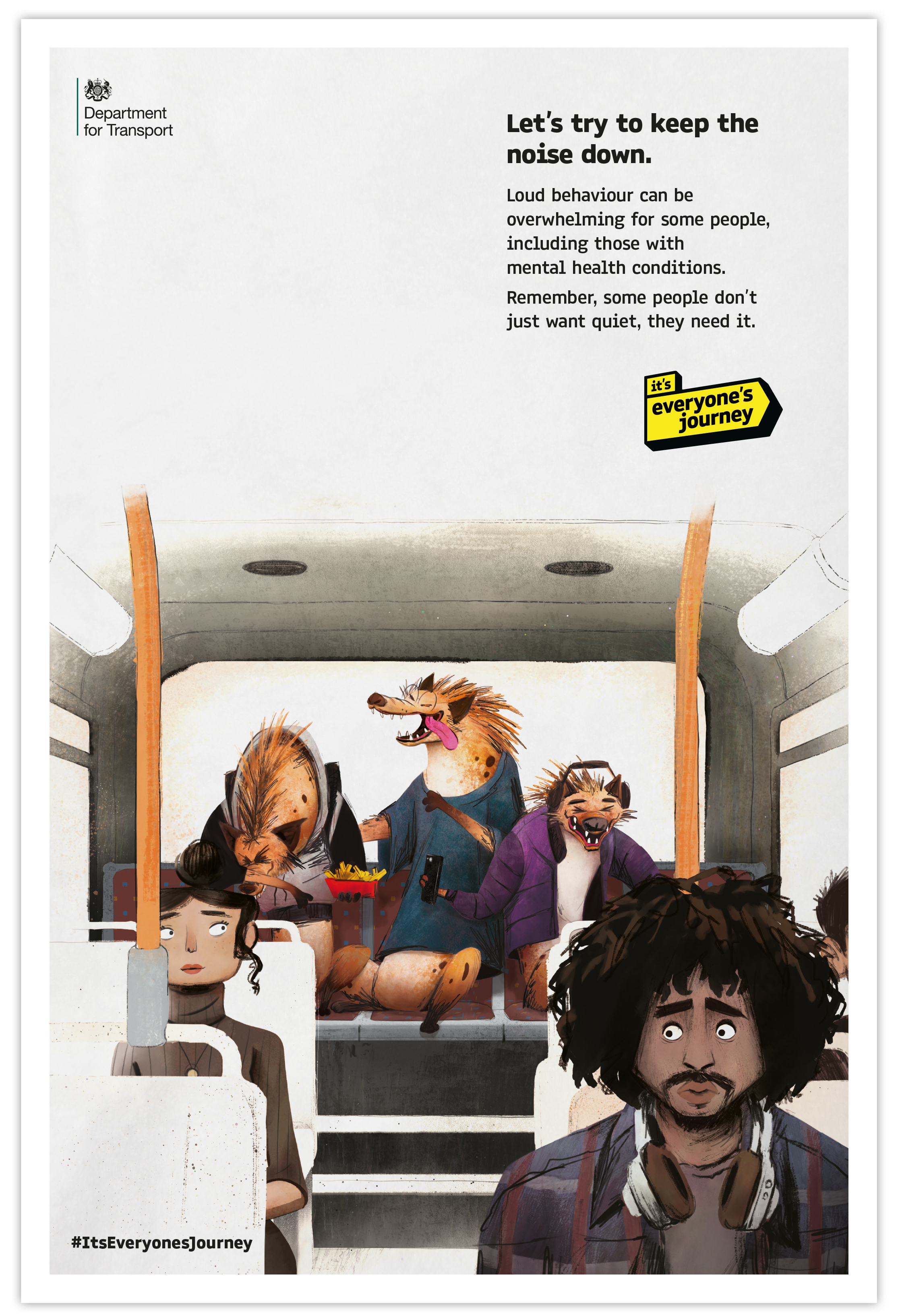 Andy Ravan, deputy director of campaigns, marketing and digital at the Department for Transport, said: "We want disabled people to travel from A to B easily. We know that there are a number of barriers which make this difficult every day. This campaign is one step in our journey of making transport more inclusive. We want to show that we can all play a part in making transport more inclusive."

Mark Roalfe, chairman of VMLY&R UK, added: "We wanted to highlight that we often don’t realise the impact our behaviour has on other travellers and that a little effort can go a long way to making everyone’s journey better." 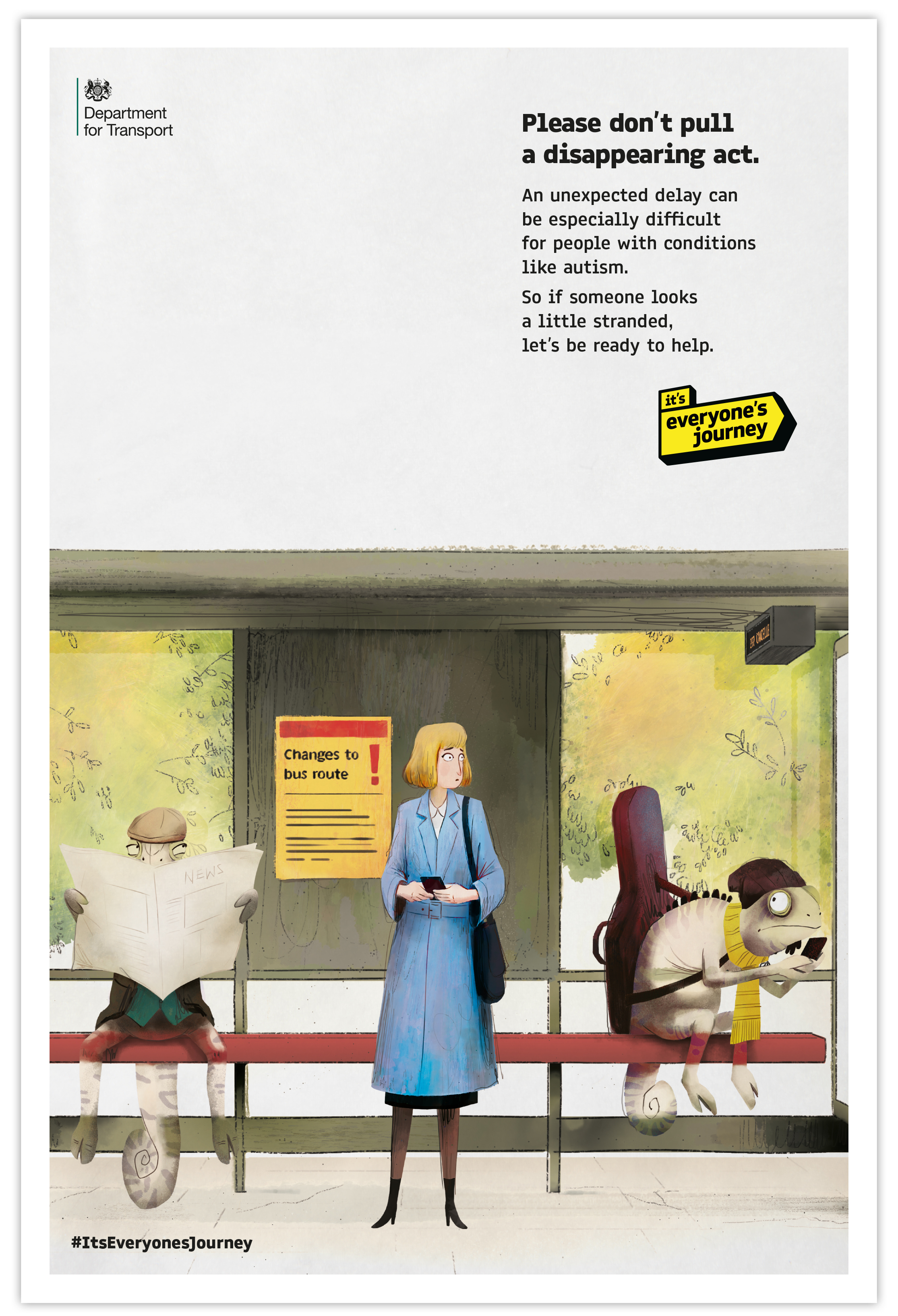 'We've got to go to market now': VMLY&R's Justin Pahl is eager to move beyond the past

VMLY&R boss Jon Cook: It's hard being an agency and even harder to merge one

Virgin Trains pulls out all the stops in potential final ad