As part of Marketing's creative tour of the world, Philip Gladman, the outgoing marketing & innovation director of Diageo Africa, explains why Africa is a continent of entrepreneurs.

Creativity in Africa is fascinating. Creative agencies in South Africa are pretty much what you’d expect in London, Buenos Aires or other creative hotbeds, but if you look at the rest of Africa and talk about creative agencies, it’s not invested in, either in terms of talent or infrastructure.

The ironic thing is the creativity of the people is mind-blowing; but it’s applied to life rather than marketing. There’s a big movement: "Live, work and die in Africa". Previously it was thought you had to leave to fulfil your potential, now people believe it can be done in Africa. You notice in a bar how many business cards everyone has – one for their job now, one for their creativity (DJs, photographers etc), another for what they want to create for their future…

Creativity is life in Africa, because they don’t have the structure we might have in our careers in Europe – creativity is what separates them from their peers. So it’s a continent of entrepreneurs.

Our big challenge is that we’ve lagged behind this creativity. I’m very proud of the work we’re now producing. Tusker has been promoted as the beer of Kenya, but what does that mean? Kenya is changing so fast and when we researched it people said: "Our parents don’t understand – they want us to be doctors and lawyers, but we want new ways of doing things. If Tusker really is a pioneer, then you need to help us."

We went for "Twende Kazi" – "Let’s go and do it" in Swahili. To celebrate Kenya’s 50th anniversary, 25 celebrities and 25 Kenyans raced from Kenya to London with a bottle of Tusker but no money or help, so they had to be creative. It was featured in a TV show and we got 17m tweets on the first night. They embrace brands doing things like that, as do media companies – they are keen to partner and you can work in an unconstrained way. It’s similar in Uganda, Tanzania and Ethiopia.

We worked with crowdsourcing expert Mofilm to challenge people to create the next Guinness ad and got more than 1000 people creating films across Africa; the quality was outstanding. The 12-month programme provides mentoring, educational tools and inspiration for young creative talent, a series of workshops and bursaries to support them in their production. The winners will be announced at Cannes this month and we will broadcast the winning entry on media spots across Africa. 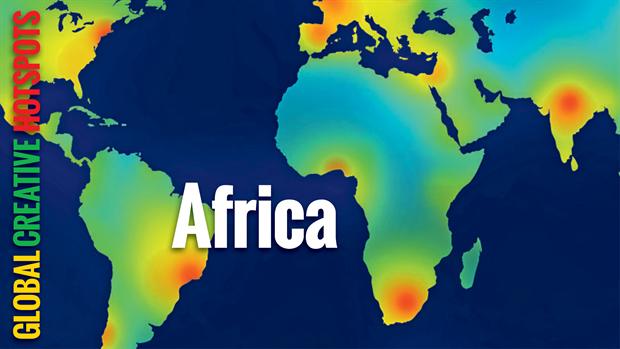 In collaboration with Trendwatching.com, Marketing showcases some of the most interesting, innovative and creative work from across the world. 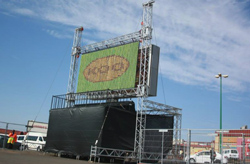 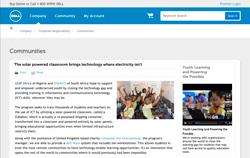 In May 2013, Dell partnered non-profit Computer Aid International to launch the ZubaBox in Nigeria. Equipped with 10 computers, the solar-powered lab and mobile classroom is designed to increase students’ access to technology and the internet. Installed at a high school in Lagos, the ZubaBox is powered by roof-mounted solar panels, meaning that the classroom can function with a limited electrical infrastructure and could even be used in rural areas.

Celebrity creative directors count for nothing when judging Design at Cannes

The secret to Lego's success? Push back and let the community do the heavy lifting

The Middle East: full of creative potential, but hampered by barriers and traditions

Australian creativity at its best is straight-talking, no-nonsense and unashamedly populist

Indian brands are reimagining content and the platforms for engaging them