A video of a woman missing her seat and falling on her bum at the Ashes went viral this week.

Normally, Diary wouldn’t cover such trifles, but it just so happens that the woman in question is Deep Focus London’s talent recruiter, Ellie Jones. She says: "It’s great to make people laugh but there are only so many times you can watch yourself fall off a chair. At Lord’s. On the big screen. With commentary.

"Having said that, I’m very appreciative of the Daily Mail for not tearing me apart. I’m also hugely grateful to that shark in South Africa for taking the pressure off me on YouTube this week." 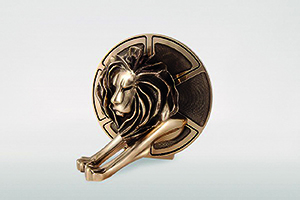 The creatives David Felton and Sandrine Gautheret landed a job in New York and had an idea. They would borrow an agency’s Cannes Lion, take it with them to the US and photograph it as they go about their new lives – like the gnome in Amélie – thus making themselves, and the Lion, famous. Alas, no-one so far will lend them one. "At first, I thought it was a question of trust," Felton said, quoting the $1,400 cost of replacing the gong. "But I’ve come to the conclusion that it’s about something more than just putting your trust in strangers. Agencies are fundamentally conservative now."

The case for jollies

Trust Rory Sutherland to use behavioural economics to defend corporate jollies. At a Geometry Global and #OgilvyChange event, Sutherland said how a person feels about a purchase is based on the enjoyment they get from using it and how good it feels to buy it. "I did briefly have an argument with Martin Sorrell, where I said this distinction made a case for corporate extravagance," he joked, explaining that getting something free removes the guilt from a purchase. He added: "Company cars were brilliant because you get to say: ‘I’m terribly sorry, I didn’t want this Aston Martin, but my company insisted.’" Good luck getting Sir Martin to agree to that.