If anyone still doubted Helen Calcraft's powers of persuasion, the events of last Wednesday night should bring them around.

Calcraft arrived at AAR’s bash in Regent’s Park to find her name was not on the list. However, she was so convincing that the people on the door let her in. When Calcraft got inside, however, she didn’t recognise anyone. Slowly, it dawned on her that she was at the wrong party – it turned out to be the Elton John Aids Foundation’s fireworks do. She quickly abandoned the presumably celeb-studded party to catch up with the adland stars around the corner.

Conflict resolution
Viacom has called a UK media review that will consolidate all the buying and planning for its TV channels, including Channel 5 and MTV, into a single agency for the first time, but the five-strong shortlist does not include any WPP agencies. Happily, this averts any potential conflict because Sir Martin Sorrell’s wife, Cristiana Falcone-Sorrell, is a non-executive director of Viacom. However, Diary is assured this had no bearing on the shortlist.

Put through The Mill
Details of the John Lewis Christmas ad may have been leaked some weeks before the launch but that wasn’t down to a lack of vigilance. Security was so tight at The Mill, the post-production company that worked on the ad, that, on one occasion, Craig Inglis, John Lewis’ marketing director, was told by staff that he must sign a non-disclosure agreement before being allowed access to the area of the building where the ad was being tweaked. Diary has no evidence that Inglis uttered the immortal line: "Do you know who I am?"

Need a stellar speller?
Plenty of people in the comms industry will be piggybacking on the aforementioned John Lewis ad to promote their various causes, but Richard Selbourne deserves a nod for his cheeky effort. The freelance copywriter sent agencies a screen grab from the John Lewis website, pointing out that it had misspelled "starry" as "stary" and adding he would be available should anyone need to hire a copywriter who can actually spell.

As Saatchi & Saatchi prepares to say goodbye to its Charlotte Street office and Pregnant Man pub, this poster shows members of staff recreating the pose of the pregnant man from the celebrated family planning poster from 1970 and carries the line: "Thanks for the beer bellies." 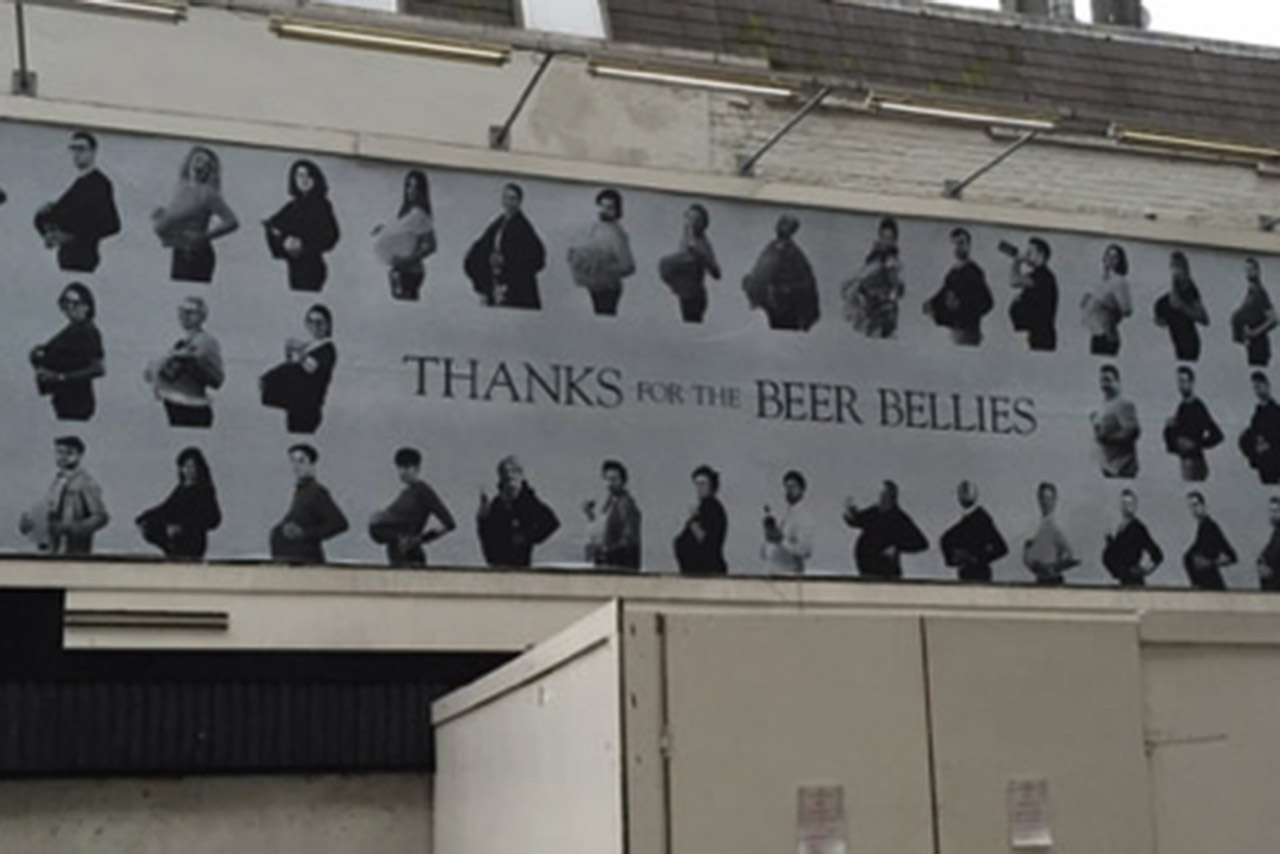 Last week in the Adland Map feature, Campaign described 101’s office in Somerset House as one of the industry’s plushest. It seems they even get a better class of vandal over there, judging by this eloquent bit of graffiti. 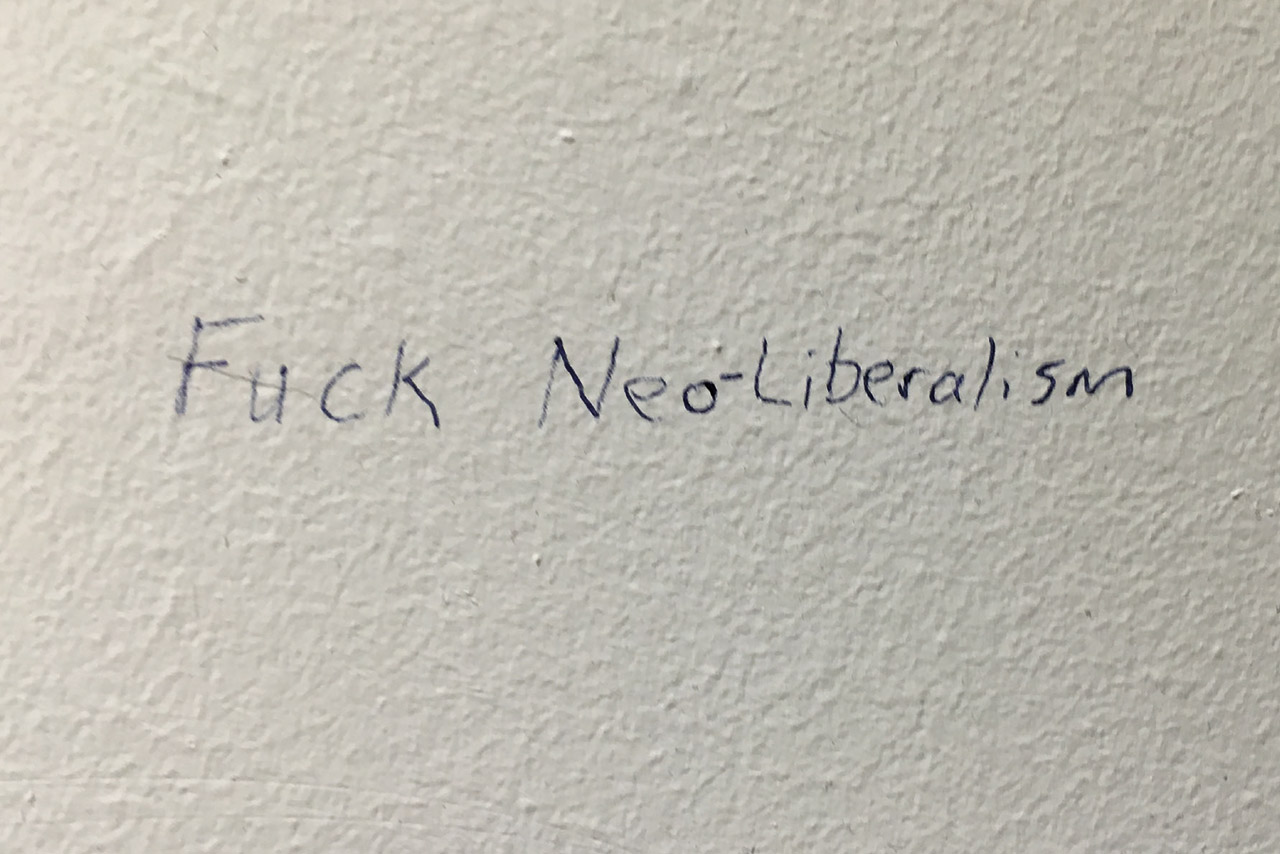 M2M’s Alistair MacCallum and Maxus’ Nick Baughan have been arguing about who has the best office stairwell. But Baughan has taken it too far, posting images of mould on the wall. 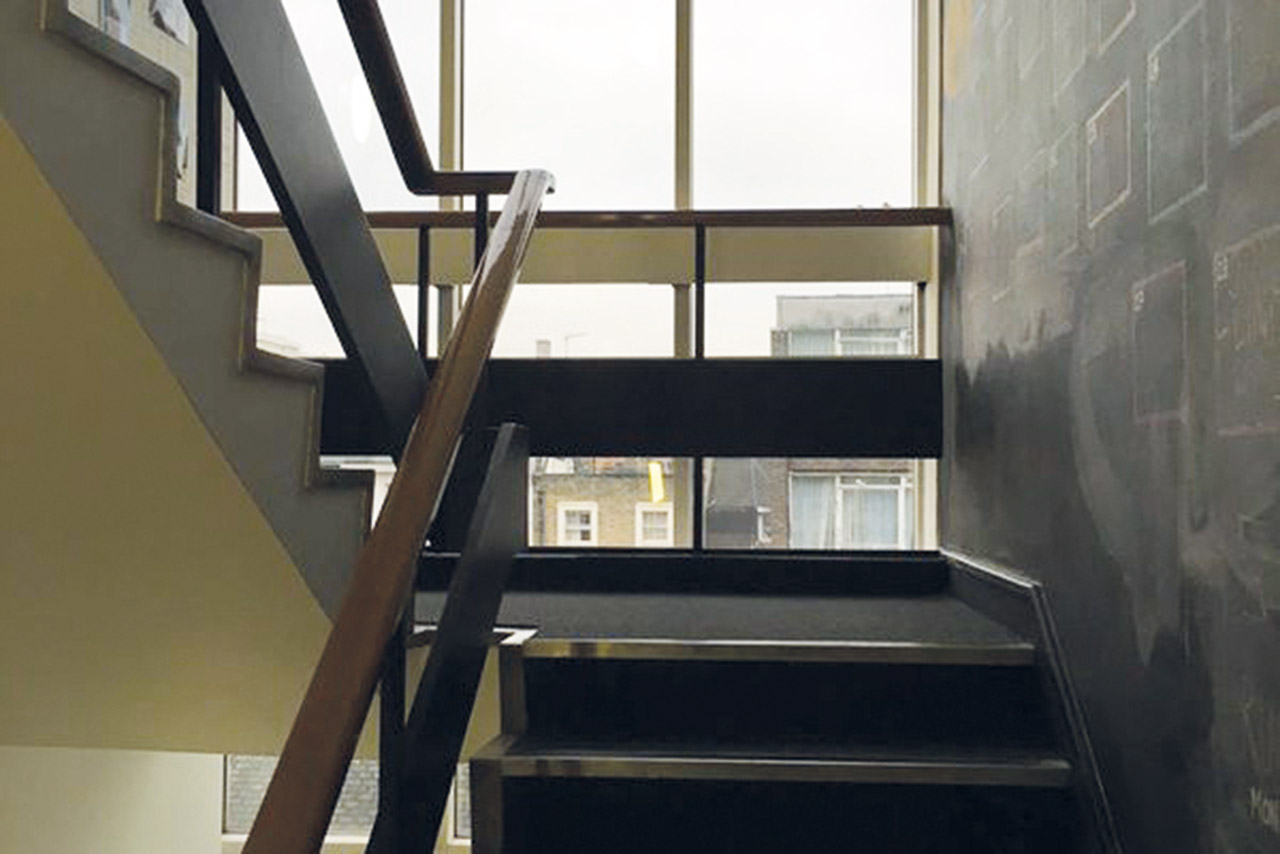