Toto Ellis, the strategy head at Droga5 Europe, is trying his hand at directing.

A short film now in the works will tell the true story of a 50s Northern Irish shipyard worker who wrote a play about a sectarian dispute, which caused a director to resign from his theatre company when it refused to let him produce the show. Naturally, the play went on to be a great success. But Ellis has a particular reason for wanting to tell the story: his dad – James Ellis, who later found fame as Bert Lynch (above) in Z Cars – was the theatre director. 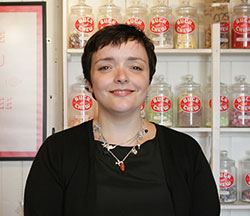 Being headhunted is meant to be a flattering experience. Your genius has been recognised and someone wants you. It’s a shame, then, that the male executive creative director who phoned Grey’s Vicki Maguire this week said his main motivation for getting in touch was that he needed "to put some skirt in his department". Of course, we applaud the equality sentiment – but really? "What a fucking charmer," Maguire said. "Might call him back and say I need some arsehole in our department." 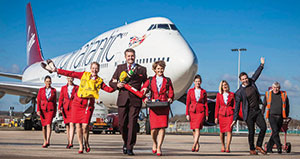 What is it about hiring Adam & Eve/DDB that makes marketers want to sign up for a warts-and-all documentary? But after the sympathetic Inside John Lewis, the recent Virgin Atlantic: Up In The Air on ITV seemed determined to send up the airline (and its marketing). Questions about whether the latest ad was pretentious got short shrift from A&E/DDB’s James Murphy. It’s interesting that the documentary, shown on commercial TV, would be less supportive of a high-profile advertiser, but that’s the good old separation of commercial and editorial for you.