The UK automotive industry is under the pump, with sales of diesel vehicles collapsing and consumer confidence in decline. Alex Brownsell asks car marketing experts how the sector should respond.

There’s nothing quite like the glitz of a motor show to raise the pulses of auto enthusiasts. The endless promises, both written and spoken, heralding technological revolution finally manifest themselves in the form of new products to excite punters and pundits alike, and so it has proved in Switzerland.

A host of concept vehicles have been unleashed at the Geneva Motor Show, from Renault's contribution to the growing "robotaxi" race in the form of its self-driving EZ-Go smart taxi to Jaguar’s I-Pace electric SUV, designed to rival zero emission mobility darling Tesla.

The common theme? Electrification, digitisation and new ownership models. Writing for Campaign last week, Daniele Schillaci, head of global sales and marketing at Nissan Motor Company, argued that we are getting closer to the "demise of the internal combustion engine".

However, closer to home, the UK auto sector – for so many years a rare British manufacturing success story – is under pressure.

New car registrations fell in 2017 for the first time in seven years (see table below), according to figures from the Society for Motor Manufacturers and Traders. After year-on-year drops in January and February, Britain’s car market has suffered 11 consecutive months of decline, and SMMT chief Mike Hawes has warned of "further softening" to come.

Central to the sector’s ongoing woes are the crumbling sales of diesel vehicles. Ever since the Volkswagen diesel emissions scandal of 2015, there have been growing concerns over the impact of nitrous oxide pollution from diesel cars, an allegation that most manufacturers continue to contest.

Consumers can be forgiven for holding back on diesel purchases, however, particularly in light of UK government policies. The authorities have committed to ending the sale of all new petrol and diesel cars – they will be banned from 2040 – calling into question potential resale values. More immediately, from next month, owners of older diesel cars will be subject to higher taxation.

The outlook appears bleaker still once one factors in claims of an expected slump in urban private car ownership: UBS predicts it will fall by up to 70% between now and 2050, as consumers switch to shared ownership schemes and digital ride-hailing.

For many brands, this poses the greatest marketing challenge the sector has seen since the credit crunch a decade ago. Back then, discount marques such as Hyundai and Kia were able to make a breakthrough offering seven-year warranty policies, while the industry as a whole benefited from the surge in Personal Contract Purchase finance deals.

Having been forced to swallow an unpleasant cocktail of rising prices, additional taxes and uncertainty over their own household income, many consumers have opted to either hold on to their current vehicles for longer – and potentially after the end of a PCP repayment programme – or have chosen to enter the second-hand car market.

"[There is a] lack of consumer confidence, driven initially by the fall of sterling post-Brexit referendum, which led to higher prices, and beyond that the uncertainty around the future, pay [and] job security," Mark Simpson, a former marketing director of Ford of Britain, argues.

Tim Ashton, founder at creative partner at Antidote, which handles UK advertising for Japanese marque Mazda, concurs: "I think we can be fairly certain that consumer confidence has hit demand, plus uncertainty over diesel has only added to the problem.

"It might just be easier holding on to your existing car a bit longer if you’re feeling the pinch," he says, adding that many buyers are worried they will end up "out of pocket" in the longer term as a result of a "lack of clarity" from the authorities. 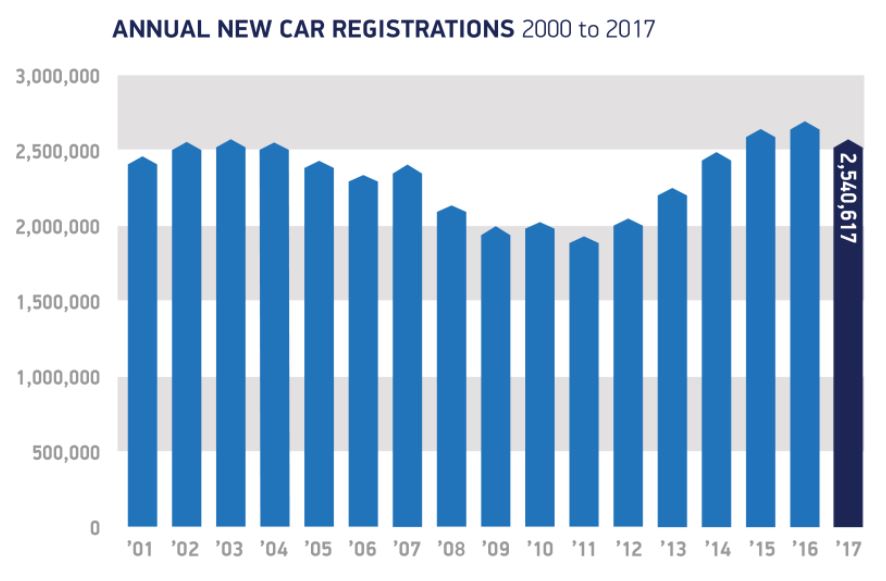 What more can be done now to revive demand for new cars? One option is to lower prices to stimulate demand in the short term, in the hope that consumer confidence returns and prices can be pushed back up to higher levels.

But Martin Moll, a former European marketing director at Honda and Nissan, says any such tactical pricing should be carefully planned.

"Brands that constantly default to short-term reactive tactics know that, in order to convert and convince buyers, they have to commoditise the product offering, in turn potentially eroding brand equity and transacting only on a rational, not emotional level. Long-term, this undermines and threatens the ability to achieve real brand loyalty," Moll adds.

Ashton argues strongly against discounting. "The short term solution may well feel like discounting to stimulate sales. However there is plenty of evidence to suggest that this is indeed only short term, the knock on effect on brand and residuals could be catastrophic and take years to recover from," he said.

Simpson, however, takes a more balanced view. He believes marketers should bear in mind the importance of "attainability", whether that be in the form of a PCP payment model or additional perks like full service or breakdown cover, though acknowledging it is vital to "inspire consumers" by building brands. "Brand must always come first," he adds.

If not discounting, then perhaps a focus on new vehicle technology may offer a breakthrough. One brand to have emerged stronger over the past 12 months is Toyota - it increased its new vehicle sales by 5.5% during 2017 - thanks in large part to its ability harness interest in its petrol-electric hybrid models. Products including Prius and its C-HR crossover SUV now account for 45% of its total UK sales.

Andrew Cullis, marketing director at Toyota GB, says the brand has been proactive in providing relevant information through digital channels: "Consumers are more readily researching hybrid, so it’s important that we are able to assist their decision-making process through offering education as well as product and offer information, dispelling myths and helping them understand our brand, because many are new to Toyota."

Yet a focus on electric and hybrid technologies is unlikely to completely offset the sector’s woes, and certainly not in the short term. While petrol-electric hybrids are seeing strong growth (up 22% year-on-year in February), overall new electric vehicle sales are down 5.1% on the same period in 2017.

It is also worth factoring in the scale of the market: SMMT figures show that alternative fuel vehicles, or AFVs, occupy around 5% of the total new car registrations market, compared to 60% for petrol vehicles and diesel 35% – the latter down from 45% this time last year.

While discounting may achieve some immediate benefits, the path to long-term sales growth for such a big-ticket item – often second only to a property purchase – may involve brands swapping tried-and-tested practices for a more radical approach.

Car marketing has always been a strange beast: manufacturers are in charge of national and international advertising, pouring ad budget into the top of the purchase funnel, while most sales prospects are ultimately snared and converted by independent local dealerships. All the while, a brand’s reputation is being influenced by the second-hand market, over which companies sometimes have minimal influence.

Huge marketing efforts go into one or two flagship product launches per year, with millions of pounds spent over a typically 90-day period, at wildly disproportionate levels to the actual sales opportunity in the UK.

To put into context, with roughly 30 million vehicles in active use in the country, and around 2.6 million sales per year, this equates to a sub-10% annual sales opportunity, and 2.5% per quarter.

Toyota has succeeded by maintaining a stable investment approach, Cullis claims, and demonstrating the "relevance, authenticity and desirability" of the brand through "clear, consistent messaging correctly targeted". 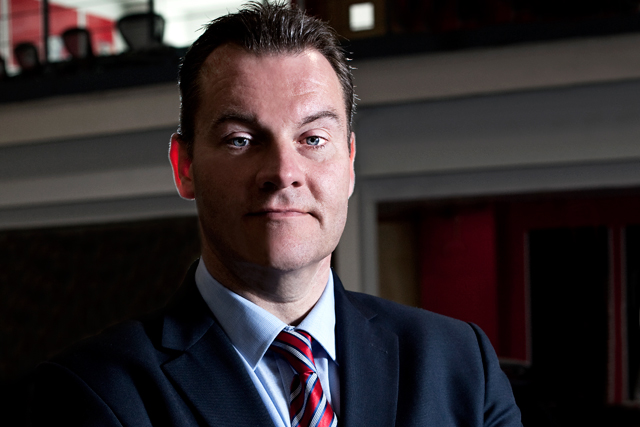 For Moll (pictured, above), it is vital that car companies improve their approach to customer purchase journeys: "Brands are usually really strong at the top of the purchase funnel, and at delivering brands awareness and desire, and then also at the bottom, where they seek to prevent or reduce lapsing.

"However, the customer touchpoints in between are inherently weak for some brands. They have departments covering the various touchpoints, but the customer experience is not necessarily seamless, enjoyable, engaging or satisfying."

Moll points out that much social media activity carried out by car marketers may be missing the mark. "Many brands harness social media, and might be prolific on Twitter, but they might be using it to pump out corporate messages, rather than using its true mechanism to engage in relationships," he says.

"Also, as the average UK retail customer is historically in their late 50s or early 60s, social media may not be the preferred medium of engagement for this community."

After years of continuous growth, both in terms of sales and manufacturing volumes, the UK automotive industry has found itself stuck in reverse gear. The economic landscape is becoming harsher just as government messages contribute to a suppression of demand for diesel. All the while, macro-societal trends are dissuading city-dwelling consumers from private car ownerships.

With the benefit of hindsight, this moment may one day be seen as a blip before the era of electric and hybrid vehicles truly began. In the meantime, marketers can do much more to accelerate marketing reforms in order to reach consumers at the moments that matter.

Are businesses ready for the new age of amplified activism?