With people more reliant on digital technology in their everyday lives, cities have become digital hubs where connectivity is crucial

Recent figures show that out-of-home advertising is booming in the UK.

This rise of digital has been one of the most impressive factors behind OOH’s continued success. In an age where audiences are increasingly elusive, interactive and mobile, DOOH is a powerful tool to command attention and drive engagement.

For Ocean, operator of iconic digital screens such as Landsec’s Piccadilly Lights, Holland Park Roundabout, Birmingham Media Eyes, and in assorted locations at both Westfield London and Stratford City, digital is the key that opens the door to the brand-consumer relationship.

"Our neuroscience research has demonstrated how DOOH can prime audiences and drive long-term memory encoding," says Emma Jeffers, Ocean’s senior marketing executive. "The true precursor to memory encoding is emotion, and iconic, large-format digital screens are much better in eliciting this emotive response and driving that long-term recall."

While it’s easy to focus on its screens in London, Ocean now drives 68% of its impacts from outside the UK capital through a network concentrated on major regional cities that deliver important audiences for brands.

These ‘Digital Cities’ – Aberdeen, Birmingham, Bristol, Edinburgh, Glasgow, Leeds, Liverpool, Manchester, Newcastle, Nottingham and, most recently, Southampton – are the primary economic drivers of business investment and employment in their regions.

The cities are home to an affluent populace of university-educated residents with disposable incomes largely equal to or above those of Londoners. They are also the premium retail and leisure destinations in their regions, attracting wider audiences, as well as global, high-end retailers and hospitality and leisure developers.

Vital connections
Digital infrastructure in these cities caters to a group of ‘digital citizens’ who are light users of traditional media like TV but over-index on technology, and who are younger and more upmarket (see panel, above left). While the idea of digital citizens, increasingly at ease with technology and conducting more of their lives through digital channels, isn’t a new one, in the past few years the technology-led framework has caught up with the rhetoric.

With more and more services being provided online, connectivity has become a crucial interconnecting strand linking cities and their citizens. Digital cities have evolved into digital hubs, using data and technology to improve both their individual economies and the lives of their citizens.

"From paying Council Tax to paying for parking, councils see the value in making life easier for their citizens through digital services," Jeffers says.

It’s for this reason that Ocean has been investing in its network of outdoor media screens and partnering with regional City Councils. As well as providing powerful media for brands, Ocean’s screens help councils communicate more directly with their citizens. In Manchester, where Ocean has 55 screens, DOOH has helped communicate such initiatives as the council’s fostering service, and the commemoration of the 200th anniversary of the Peterloo Massacre. 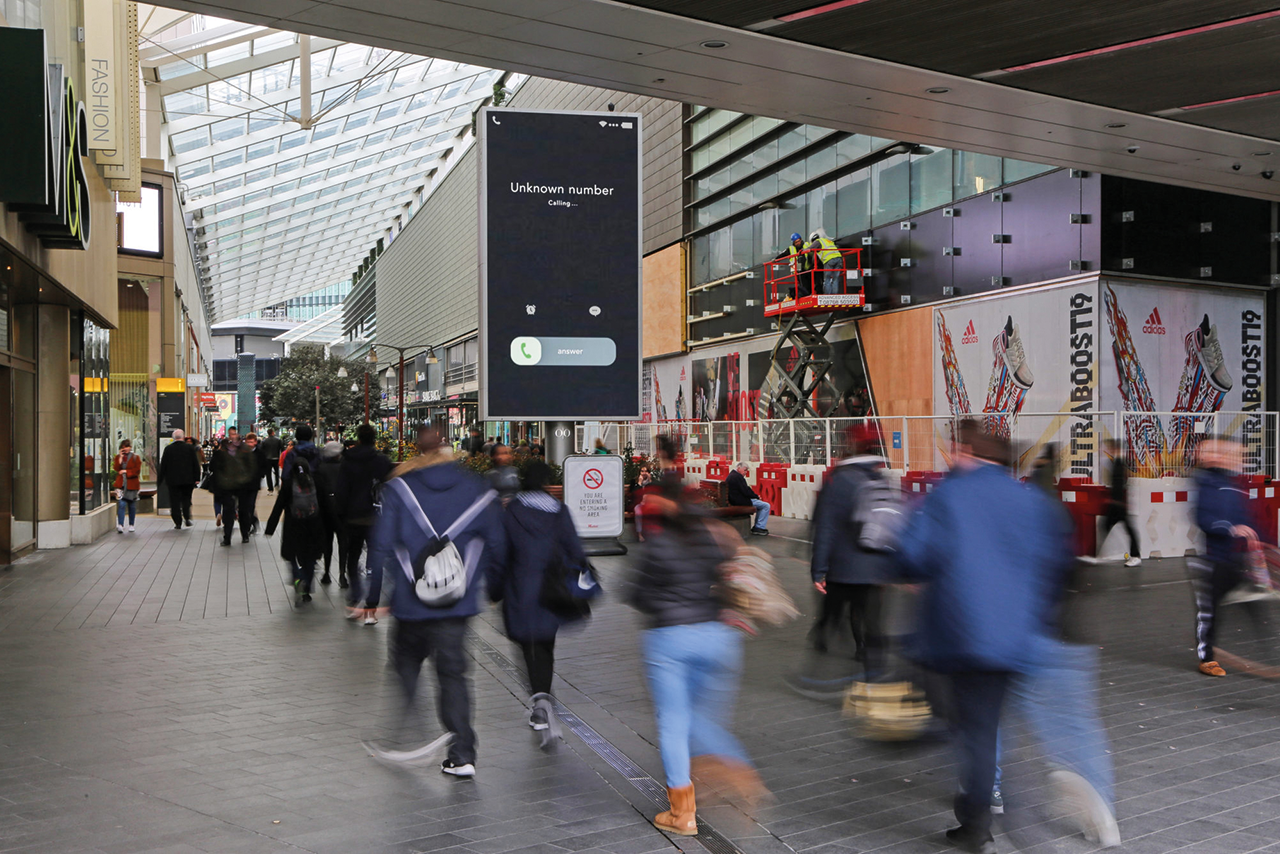 Dynamic and interactive options
Among the strengths of DOOH are its dynamic nature and interactive potential. For example, screens can be linked to pollution gauges to provide dynamic messages on air quality or congestion. Vehicle Detection Technology can also be used to identify vehicle type and target communication accordingly.

Wi-Fi-enabled screens, using Ocean’s SimplyFi service, have been used across a host of client activations, including Universal Pictures’ DOOH campaign for The Secret Life of Pets. Audiences were invited to shoot personalised, animated selfies with characters from the movie using AR, which were then uploaded directly to Ocean’s screens using the high-speed network.

Dynamic activations have also been used by the male suicideprevention campaign CALM, with screens connected in real-time live to CALM’s anonymous helpline to indicate whenever the charity received a call, showcasing the extent of the problem.

For brands, the big prize is discovering ways of cutting through the clutter of messages that crowd the communication marketplace. Here DOOH comes into its own, with numerous activations to engage consumers like no other medium, as Ocean’s latest fourth wave of neuroscience research found (see panel, below right).

Ocean’s focus on iconic screens that deliver maximum impact puts it in a unique position, with properties like the Liverpool Media Wall. With just two screens in the city, the media owner can target half of all 15- to 24-year-olds in the city – more than any other DOOH media choice.

With digital an increasing part of citizens’ daily lives, the ability to provide interactive and dynamic, hyperlocal content is a greater prize for brands. With its DOOH portfolio, Ocean provides the connectivity that is linking digital cities and digital citizens.

Who are the digital citizens?

• Heavy users of technology, they are actively in the market for new tech and keen to purchase new products
• They spend more than 15 hours per week out of home
• They are light TV viewers (watching for fewer than three hours a day) but heavy DOOH consumers (exposed to small or large digital formats more than once a day)
• 55% are aged 18-44 and 29% are AB