A combination of client growth, best-in-class work and innovative use of data helped the agency thrive during 2018.

R/GA London has continued to excel at delivering best-in-class work while also continuing to grow substantially.

Whereas 2017 was about introducing a consulting arm, in 2018 R/GA launched "transformation at speed", which is all about improving efficiency and productivity by embedding data that helps brands to thrive.

It was this theme of constant reinvention that made R/GA stand out, as well as a track record that showed off not only the agency’s fire power, but also the tangible outcomes it helped brands achieve.

As one judge said of R/GA: "A great mix of clients, which shows their depth of expertise. Great submission and really helped me understand the impact they are making for clients."

On the subject of clients, R/GA picked up 11 new ones, including Google, Magic Leap and British Land. This contributed to a 10% increase in the agency’s revenue compared with 2017; this is no mean feat coming as it does against a backdrop of media consolidation and economic uncertainty.

It is testament to the breadth and quality of R/GA London’s capabilities that it remains the UK’s best digital innovation agency in a year in which it lost is founder and chief creative officer, James Temple. He defected to VR headset start-up (and recently won client) Magic Leap, not long after the agency also lost group creative director Jon Andrews to Possible.

R/GA has replaced Temple with Andre Le Masurier, who is joining in April from Google Brand Studio, and brought in executive leads in client services and strategy, namely Iain Preston from Digitas and Rob Campbell from Deutsch LA.

In 2018 R/GA ran the second round of its IoT Venture Studio programme from its office – the only London agency to offer such an initiative at this scale with the start-up community – culminating in a Demo Day where companies could pitch to potential investors and R/GA clients. This has led to several start-ups partnering brands, such as CupClub and Waitrose, Sensing Feeling and Deloitte Digital, and Sceenic tying up with Sky, Virgin and BT. It is important to note that the 70% of the start-ups featured in 2018 had female founders, a rarity in the male-dominated tech community.

The agency is also innovating from within. It created a dedicated mixed-reality studio, which is designed to push growth for clients who are marketing in the augmented and virtual-reality space, such as Magic Leap, McDonald’s and O2.

It is growing its data capabilities, too, by bringing in engineers, scientists and analysts, and in 2018 it created a machine-learning algorithm for Siemens to help the electronics company classify digital content.

Then there is the launch of a financial services offering, through which it will deepen innovation around next-generation banking and AI automation. With lots of venture capital money being pushed towards emerging fintech brands, this is a canny move.

R/GA also spent the last year extending its Woman Up programme, which it launched in 2016 to champion female knowledge and wisdom. In 2018 Woman Up led campaigns for Pride Week, National Mental Health Awareness Week and International Women’s Day, as well as hosting monthly events to discuss topics such as tackling unconscious bias in recruitment, and parental leave policy. 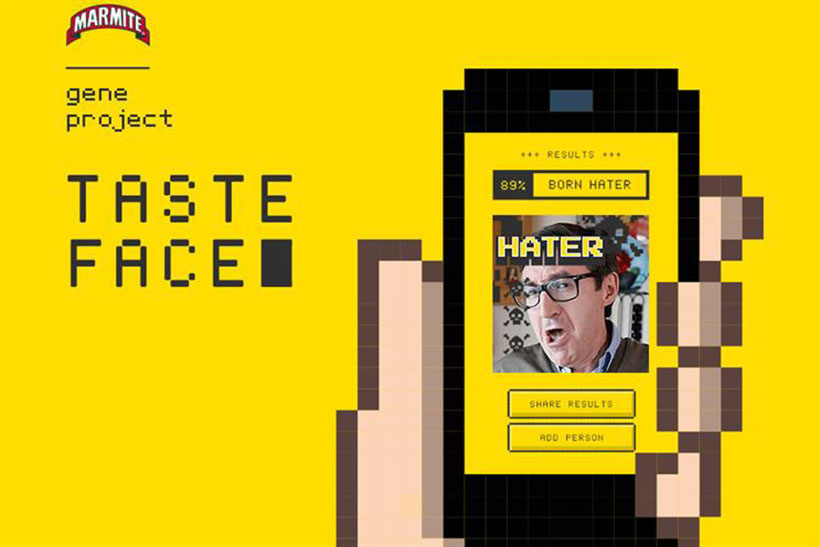 AnalogFolk simply cannot be ignored after another barnstorming new-business record of winning 16 accounts, which included becoming digital agency of record for Unilever’s food brands, and losing none. It also improved its already above-average BAME representation at senior management levels, which stands at 37.5%, and was recognised by the Financial Times as one of the UK’s top 100 companies for making a long-term impact on their sector and society. The work continues to impress, too, in the form of a Facebook Messenger chatbot that AnalogFolk created for Walkers’ "Win live" competition. Marmite’s "Taste face" app (pictured, above), using facial recognition for brand building, was another highlight. Importantly, AnalogFolk also showed leadership, driving the conversation on digital transformation through its collaboration with Microsoft on the Future of Decoded research and its AnalogFolk Academy YouTube masterclass series..

Brainlabs continued to ruffle the media establishment’s feathers with an impressive run of new business in 2018 that included a global brief for Vodafone to help bring its digital media-buying in-house. For a major advertiser to place its trust in a six-year-old start-up to deliver that level of transformation put Brainlabs on the map as one of the UK’s most significant innovation agencies. It rounded off an impressive new-business year in which it also began working with Formula One, the Financial Times and American Express. What also sets this young performance-marketing agency apart is its culture, which places a high premium on innovation and self-improvement, as well as its employees being happy at work. One judge aired a view that was echoed across the panel: "Love this agency’s chutzpah. The purpose stuff doesn’t feel like empty platitudes. Fresh thinking throughout."

Next boosts digital marketing to £46m as it delivers 'higher returns'