Marketers have been given a very romantic notion of what 'disruption' is and can achieve, but a key requirement is brand clarity - and maybe a leap of faith, writes Alex Hesz. 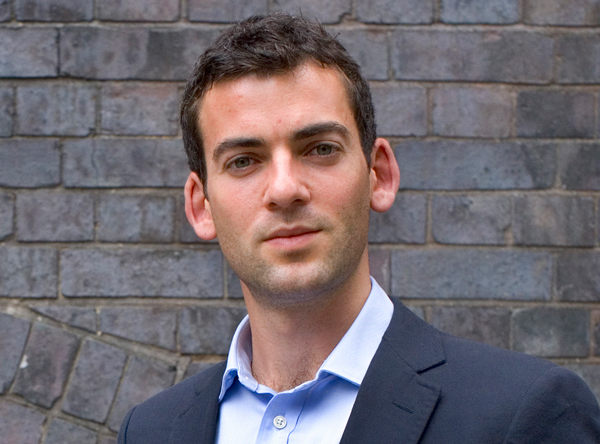 Alex Hesz is director of digital at Adam & Eve/DDB.

Uber disrupted cabs. Tinder disrupted dating. Instagram, photography. Spotify, music. The list goes on; the formula is familiar. These are technologies or services that set old-world sectors in their sights and blew them apart.

We were on horseback, practically, and suddenly we’re streaming Spotify playlists in the back of an Uber wondering what piece of Industrial-Revolution society will be next for the innovation guillotine.

The myth of immediate meritocracy is compelling, but is one (like the ‘fact’ that the Great Wall of China is visible from space) that, with a moment’s thought, we all ought to dismiss, yet don’t (the Great Wall isn’t as wide as the A3, but nobody says you can see that from space).

It supposes there were no increments and that the disruptors immediately and unassailably ‘won’ over the incumbents. But both suppositions are wrong.

This assumes a lack of incremental innovation. It notices nothing between flagging down a Black Cab and London being awash with Ubers, or between Our Price and Spotify.

The Hipstamatics, Radio Taxis, Match.coms and Pandoras, critical innovators, are forgotten. Without them, there would be no Instagram, Hailo, Tinder or Spotify. So these are not the category exploders we presume them.

They are (and this is no less worthy of praise) arch-innovators who spotted something almost working, nearly brilliant, and discerned how to make it better. They were engineers, not alchemists.

The second myth is that they have all won

Following tech and innovation people on social platforms, it is impossible not to overestimate the scale and impact of new businesses and business models on their categories.

It’s the mistake everyone on Twitter made in presuming a Labour general-election victory. This isn’t to say innovative services are trivial or insignificant; they’re not. In some cases, they have overwhelmed their category.

But let’s all remember that Uber commands an entirely assailable 8% of the UK taxi market.

Even in London, where the share is more significant and growing fast, the Licensed Taxi Drivers Association suggests that although Black Cabs have taken a big hit (and they have), the true victims have been London’s licensed minicabs.

In fact, according to the group, many of those drivers switched to Uber from local companies. So, the bulk of the disruption has been to the disaggregated minicab market, and Addison Lee deserves credit for spotting that potential.

Disruption, by definition, never looks like you thought it would

Nonetheless, some of them – Tinder, Spotify – have really, properly won, and some were more than just incrementally innovative in applying a radically unexpected principle to a category at scale – Zipcar the ultimate example. So, in these cases, is there a pattern that points the way?

True disruption looks like a child’s painting in the Tate. It’s an unexpected combination of things (like cars and renting by the hour) somehow given attention and, out of the blue, scale (that’s the Tate bit of the strained metaphor).

Brands do it best when they realise that what they sell is their product, but their brand could allow them to do so much more. Volvo’s Life Paint – a reflective spray for cyclists – is the most fantastic example of this recently.

Nothing to do with cars or any Volvo product you can buy, but a fabulous, disruptive piece of marketing innovation that understood what the brand had a right to talk about.

Not incremental, derivative or an adjustment passed off as disruptive innovation, it was pure, left-field, why-did-nobody-do-that-before disruption.

We’re asking for bike paint from a car company. And if that’s what we want, then we should ask for it, because it’s wonderful

Sure, I credit the agency, Grey London, for coming up with the brilliant idea; but I give the client greater credit for buying it.

Because disruption, by definition, never looks like you thought it would. It’s provocative, unproven and illogical.

We’re asking for bike paint from a car company. And if that’s what we want, then we should ask for it, because it’s wonderful.

If we just want the next new thing, though – something easy to buy and justify, something to make us feel like there’s newness and ‘innovation’ in the brand – then we shouldn’t ask for disruption. Because we’ll be disappointed. And we might miss out on something truly wonderful as a result.

The future of cities: hyper-connectivity and humane communication

How Berlin-based start-ups are rewriting innovation for marketers

The future of power: how technology will influence authority