As Europe's summer exodus begins in earnest, Nicola Kemp explains why it's time to ditch the grind and make happiness the thinking marketer's KPI.

Happiness is the most misunderstood driver of performance in business. Yet in the marketing industry, where a heady cocktail of egos and paint-by-numbers economics spawns an almost endless string of brand valuations and rankings, for most companies the happiness of its employees barely registers as a key business performance indicator.

It is high time marketers recognised that the pursuit of happiness, far from being a distraction, is key to building sustainable brands and enduring, fulfilling careers.

However, statistics suggest that these fulfilling careers are few and far between. We are working harder, if not always smarter, than ever. According to recruitment consultancy Randstad, 53% of workers in the UK say they have to do the work of more than one person, and the average UK employee has to do the job of 1.4 people – the equivalent of a seven-day working week.

In Japan there is even a word for this phenomenon: "karoshi". In its most simplistic form, this translates as "death from overwork".

Shawn Achor, chief executive of research consultancy GoodThink Inc and one of the world’s leading thinkers on positive psychology, says that we have reached a unique tipping point when it comes to the nature of work. "We can no longer increase hours and workload and expect to see higher returns. In fact, we are finding that those people forced to work the longest without feeling happy at work are getting the least done," he explains. 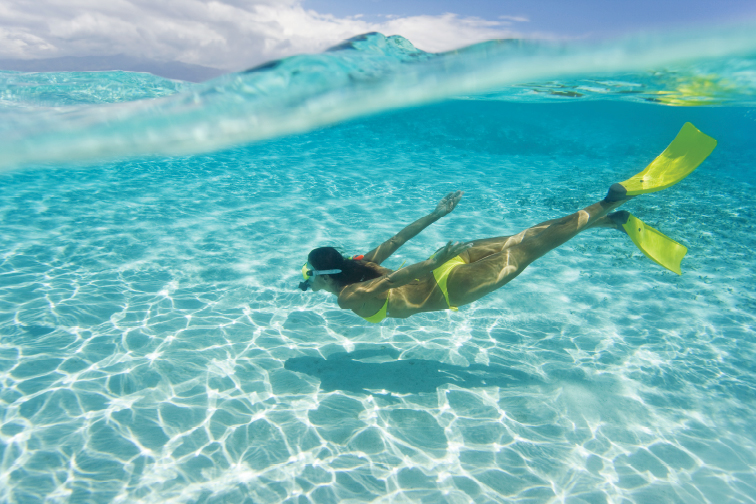 Many believe the current situation is unsustainable: millennials, who expect happiness almost as part of the job description, are challenging the status quo. While some marketers privately bemoan the perceived hedonistic, short-term "be yourself culture" of their young underlings, these views are increasingly irrelevant, because, ultimately, this generation will shape the future of business in their own image – for better or worse.

Sharon Johnson, chief executive of social business consultancy RE:PURPOSE at Havas Media, says millennials are redefining happiness when it comes to work. "Measures are not restricted to job function or pay cheque – we’re measuring how work meets the expectations we have of companies to benefit our quality of life, whether the work we do authentically connects with our lives and whether our role in the company is meaningful," she adds.

Johnson poses the question: "As you live the story of your life, does your job help you to fulfil your purpose?" If not, think about what you are going to do next.

"We have different expectations for work," adds Achor. "We expect not only income, but also opportunity for growth. Companies that value the employee provide social engagements, non-technical skills training and education about how to lead a happier and healthier life. Companies that ignore these, while trying to focus on profits, will very quickly go the way of the dinosaurs." 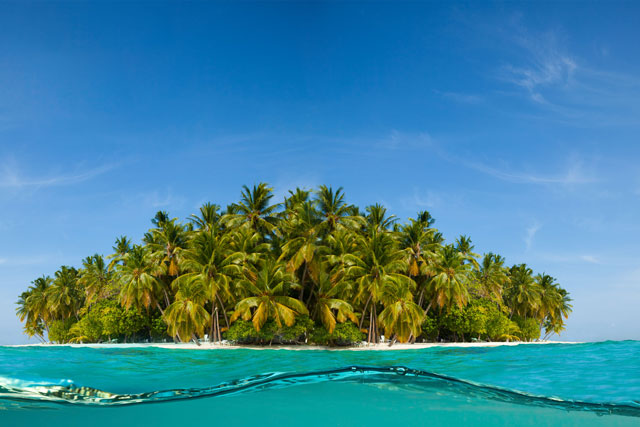 As a steady stream of stressed-out executives hits the beach this summer, smartphone in hand, it is possible that one of the growing number of books on mindfulness will have made its way into their luggage, if not their consciousness.

With companies such as Google hiring chief happiness officers, and brands, including General Mills and Goldman Sachs, running mindfulness programmes, the pursuit and power of happiness has finally entered the corporate mainstream.

In the post-recession era, The Independent’s Happy List – people who make life better for others – makes The Sunday Times Rich List appear as culturally irrelevant as Gordon Gekko’s assertion that "greed is good".

It’s creating an anxiety about our happiness. Are we happy enough? How can we be happier?

Lucie Green, editor at trends consultancy LSN:Global, says that there seems to have been a wave of books and thought leaders focusing on happiness, contentment, how to be happy, the art of being happy, how to accept your life and how to be your best self. "In effect, it’s almost creating an anxiety about our happiness status. Are we happy enough? How can we be happier?" she adds.

It would be too easy to dismiss this corporate focus on happiness as hokum, but happiness is big business. Researchers at Gallup found retail stores that scored high on employee life-satisfaction generated more in earnings per square foot of space than those that didn’t.

Silicon Valley has characteristically taken the lead on the happiness industry, spawning the Wisdom 2.0 conference, which promises to "address the great challenge of our age: to not only be connected to one another through technology, but to do so in ways that are beneficial to our own wellbeing". 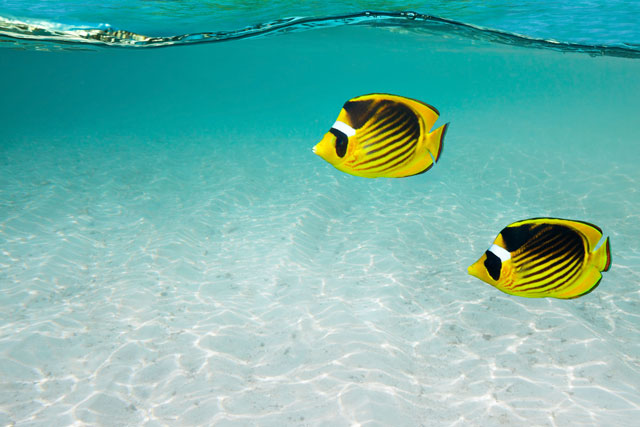 The technology that promised to free marketers from their desks, providing the flexibility that many believe is so necessary for happiness, is, in fact, doing the opposite.

In April this year, YouGov released research that revealed 57% of UK consumers support the introduction of a four-day working week – and 71% say it would make Britain happier.

Andrew Jenkins, author of You Are More than You Think: the Return to Your Authentic Self, warns that "we are becoming so stressed out with what has to be done we have missed the point of why we are doing it".

Technological innovations have helped make us all unreasonable – demanding everything faster, cheaper.

Certainly, in the wake of the demands of the "always on", ­socially driven marketing sphere, it has become a challenge to stay focused on achieving long-term goals.

Mike Welsh, chief executive of Publicis Chemistry, says: "When we were young, the future was always characterised by labour-saving devices that would make our lives easier. In fact, the reverse is true. Technology hasn’t liberated us. Mobiles started by destroying the respect we have for each other’s private lives. In reality, technological innovations have helped make us all completely unreasonable – demanding everything faster, cheaper, more for less."

Beyond balance: the myth of having it all

The happiness agenda has shifted the debate away from the burnt-out cliché of work-life balance. As Facebook chief operating officer Sheryl Sandberg notes in her book Lean In, framing the issue as work-life balance – as if the two were diametrically opposed – is a redundant concept. "Who would ever choose work over life?" she asks.

In fact, many of today’s most talented creative minds aren’t striving to have it all, but rather striving for happiness and success on their own terms.

Catherine Salway, ex-group brand director at Virgin, ditched the security of the corporate world to launch an alcohol-free bar chain called Redemption. "I don’t believe in the concept of ‘having it all’," she says. "I think that something always has to give, you have to prioritise. I don’t think there’s any way I would have left Virgin and launched Redemption if I’d had kids. I wouldn’t have taken the risk. In fact, it was the fact that my personal life kind of fell apart that gave me the kick up the arse to control-alt-delete my career."

In the creative industries, the desire to produce meaningful work, or at the very least control your own destiny, means happiness at work can become an elusive goal. For those who see their work as a beloved vocation, the marriage of creativity and commerce can be an unhappy one.

In her TED talk Your Elusive Creative Genius, author Elizabeth Gilbert quoted writer Norman Mailer, who, shortly before his death, said that "every one of my books has killed me a little more". "[This is] an extraordinary statement to make about your life’s work, but we don’t even blink when we hear someone say this. We’ve internalised and accepted that creativity and suffering are somehow inherently linked [and that] artistry will ultimately lead to anguish," says Gilbert.

Anguish and long-term unhappiness have no place in a modern workplace. As we emerge from the economic doldrums, marketers facing misery in the workplace have a multitude of opportunities. Jules McKeen, talent strategist at The Talent Business, says that "in 2014, the optimism in the job market, along with the opportunities that the developing social space gives marketers to make an impact on small budgets, plus government investment in the UK, all make for an interesting year when it comes to attracting and retaining talent through giving them permission to change the status quo from within".

Generation Y is challenging Western culture’s obsession with the achievement economy, which places an ever-increasing volume of caveats on happiness. Here is a generation that isn’t prepared to accept the "I will be happy when" status quo, a trait some may deem as impatient, but which is seen by many experts as a more assured path to happiness.

Harvard psychologist Dan Gilbert, author of The Surprising Science of Happiness, argues that people are in fact incredibly poor at predicting what will actually make them happy. The big pay rise, the breakthrough success or award-winning campaign will not provide the long-term happiness you might believe. According to Gilbert, there is a tendency to overestimate the impact of big events such as getting, or not getting, a promotion – which, ultimately, often have very little long-term impact.

if you wait to be successful to be happy, you slow your brain down. The greatest competitive advantage in the modern economy is a positive and engaged brain.

"Science shows that waiting for happiness slows your chance of hitting your goal," says GoodThink’s Achor. "Happiness does not come after you hit your goal because your brain moves the goalposts of success. More importantly, if you wait to be successful to be happy, you slow your brain down. The greatest competitive advantage in the modern economy is a positive and engaged brain."

Success and happiness are not mutually exclusive pursuits, but being clear on the difference between what your ego and your authentic self require to be happy is vital. In How Not to F*** Them Up, psychologist Oliver James writes that the key to happiness is "self-concordance". "If you can get to a state where what you do and who you are for most of the time corresponds to what you want to do and be, you have cracked it," he opines.

Mindfulness may well be another corporate fad, but the pursuit of happiness will always be one of life’s greatest endeavours. As author Douglas Adams so aptly declared: "Everyone wants to live on top of the mountain, but all the happiness and growth occurs while you’re climbing it."

Does the practice of mindfulness have a place in the corporate world?

Why social media is constructing a reality unworthy of your anxiety

Happiness: Why workplace wellbeing is a serious issue

How brands can embrace the Joy of Missing Out