In the wake of the catastrophic failure of some of the world's biggest financial institutions, risk, and the seemingly endless drive to mitigate it, are at the very top both of marketing and personal agendas. 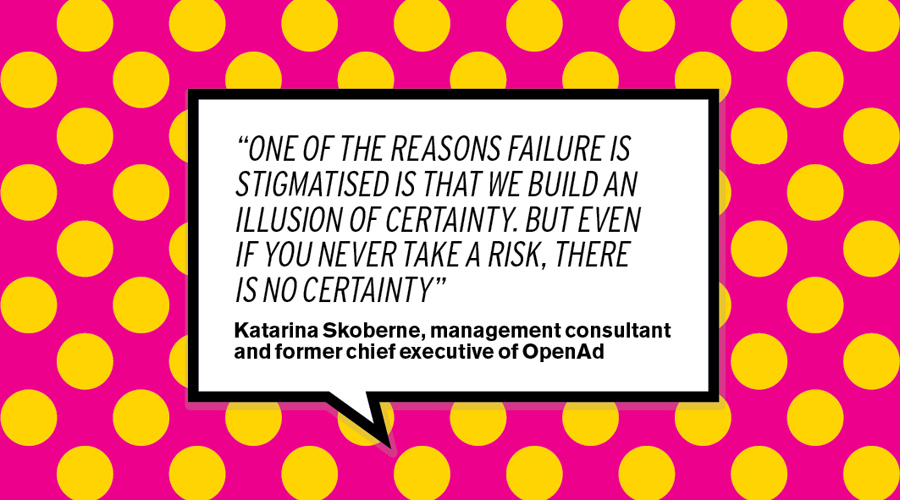 Christopher Jouan, chief executive of consumer trends agency Future Foundation, contends that in many ways Generation Y is more conservative. "Partly it is a result of economics. This is a generation that grew up in relevant affluence. But they have been brought up in a cocoon and won’t experience the same level of risk their parents have," he says. "They don’t have anything to rebel against; they are content with the status quo, averse to controversy and concerned with safety."

The question of risk is one that has huge consequences for the next generation of marketers. A working culture that stigmatises failure will never enable the level of risk-taking necessary to meaningfully drive innovation.

As Thiel opined: "The risk question is always a very tricky one, because it’s often the case you don’t have enough time to really mitigate risk."

His belief is that by the time you have established what people want, often the opportunity to tap into it will have passed by. Added to this, "there is always the risk of doing something that’s not that significant or meaningful".

McRib will return to McDonald's for the New Year

'Don't disappear up your own arse', warns William Hill CMO

Techy Christmas: how brands are innovating for consumer attention