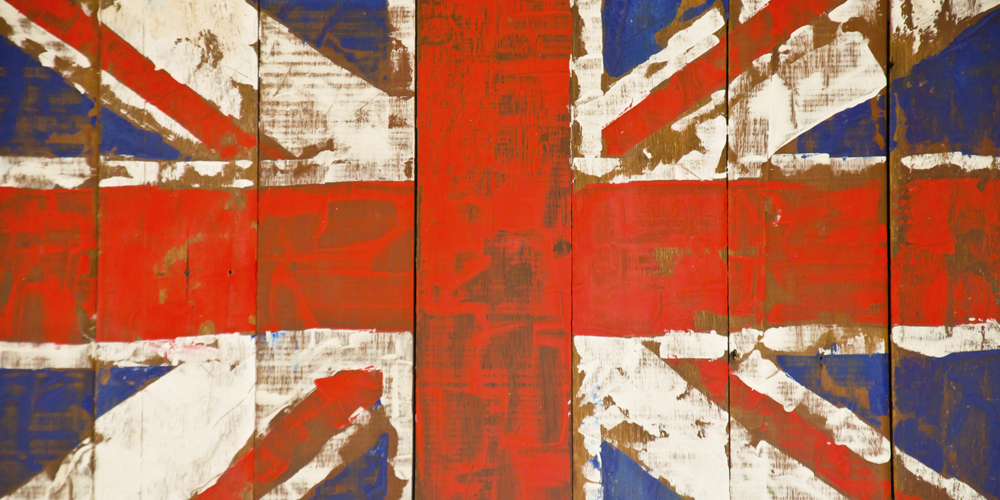 Amid ongoing debates about Britain's role in the world and position within Europe, David Benady asks what Brand Britain really stands for today.

Britain is a brand almost constantly in flux, from the picture-perfect moments of the London 2012 Olympics via the hangover of the much-maligned "Cool Britannia" of the 90s to an ongoing fascination with the royal family.

Efforts to boost Brand Britain are coming thick and fast as the government and industry seek to make the most of our national identity.

The £100m "GREAT Britain" campaign, a cross-government initiative promoting the UK as a place to visit, study and do business, is into its fourth year.

But beyond attracting tourists, investors and students from abroad, how does Brand Britain resonate for those who live here? VisitBritain asked its Twitter followers for one word that sums up Britain: responses included "inspiring", "cosy", "addicting" (sic) and "ancestral". As the body’s marketing director, Joss Croft, says: "Everyone has a view about what they consider British."

For some, though, Britishness is playing a declining role in the identity of people on these islands, and could take a further dip as the Scots consider independence this month.

People tend to define themselves as English, Welsh, Scottish or from abroad, while their sense of belonging is increasingly defined through localism, ethnic background, social media and urban tribes. Images of Britishness seem to be promoted mainly by tourism marketers, the BBC, royalty and industry, all pursuing separate agendas.

Britain appears to have enjoyed a renaissance in recent years with an outpouring of public spirit mostly linked to the royal family for the wedding of the Duke and Duchess of Cambridge, the Queen’s diamond jubilee and the birth of Prince George. Moreover, many saw an inspiring picture of what it means to be British in the opening ceremony of the London 2012 Olympics.

However, there are those who wonder whether the Games, far from being the spark of a glorious new era in British identity, was actually its high water mark and that the significance of Britain as an ideal is now ebbing away.

This is the view of academic Ben Carrington, author of Race, Sport and Politics, who writes: "Maybe the London Olympics was Great Britain’s last hurrah.

There was such a rallying-round that maybe we thought Britishness was back. And imagine the opposite: that the final firework that went up was the most spectacular one: goodnight Britain."

Croft disputes this view, saying the Games gave the nation a huge boost. "The Olympics changed perceptions of Britain. In the 2013 Nations Brand Index, Britain was ranked higher for culture – and especially for sport – than it had been pre-Games.

There were also improvements for ‘welcome’ and ‘natural scenic beauty’, indicating that Games coverage improved perceptions of Britain and British people more widely," he says. Nonetheless, marketers sense that, as a way of exciting people’s interest in brands, an appeal to British identity has limited uses

Post Office chief marketing officer Pete Markey claims nationality is low down on people’s hierarchies of identity. Instead, recent research for the business showed that we tend to rate relations with our immediate neighbourhoods as very important – which is good for the Post Office, as it positions itself as being at the heart of local communities.

The idea of being British, though, has declining resonance, Markey. "If you put it on a list of important things about a brand, it is there, but not at the top… I don’t see people choosing a brand on a patriotic level," he says.

He adds that Brand Britain works only in the context of relevant events, such as the royal wedding, jubilee or the Olympics, rather than as a standalone concept. "Brand Britain is at its best when it has something to hook on to. At the moment, I can’t see what that is."

There is a feeling that "Britishness" is a vague and mobile concept. This may be a strength – even if the Scots extract themselves from the Union, the sense of being British seems unlikely to be decisively ruptured, with a gradual evolution occurring instead.

As Jane Asscher, founding partner of 23Red, says: "Brand Britain just evolves quite slowly as new imagery tends to get absorbed alongside the traditional associations. The importance of music, culture and sport is that new people come along and add to it – whether that’s Damien Hirst, One Direction or Bradley Wiggins."

Asscher contends that these new influences sit comfortably alongside the Royals and traditional values, but wonders: "Does it need brand management? People have tried it in the past and it has backfired." She points to the "Cool Britannia" tag that became associated with Brit Pop and New Labour in the 90s, but eventually came to look rather ludicrous and manufactured.

So where do these changing ideas of Britishness leave the former state monopolies such as British Airways, British Gas and BT?

These businesses have had an on/off relationship with Britishness since privatisation. BA sought to escape narrow national associations in the 90s by introducing ethnic designs on its tailfins, though it reverted to the national flag.

Its most recent "To fly.To serve" campaign has sought to revive its British identity, but the ongoing challenge from low-cost airlines suggests that appeals to heritage are no match for cheap prices in air travel.

Meanwhile, Markey points out that the British aspect of British Gas struggles for relevance outside England; in Scotland it operates as Scottish Gas and in Wales it uses a Welsh translation.

For Zaid Al-Zaidy, chief executive of McCann London, simply attaching British values to a brand is no longer enough. Research carried out within the agency and among its clients shows few would buy goods solely because they are British.

People want a sense of belonging, participation and shared hopes

"Today we live in an ‘experience society’ – the only products that survive are the ones that fulfil a need and deliver a service really well," he says. "We judge brands by what they do for me, rather than what they say they do."

So, promotion of Brand Britain needs to avoid the simplistic stereotypes of Big Ben and red buses and instead look more at the experience people have of Britain.

Al-Zaidy suggests looking at Brand Britain as a source of inspiration for world events. "Britain is like a petri dish for innovation – such as Framestore’s special-effects work in the film Gravity.

There’s a real sense that the UK is the incubator for great things that happen globally – you can pass through Britain and see history in the making," he says.

Although the relevance of being British may be in decline, we cannot easily escape the boundaries of our national provenance, according to Jim Prior, chief executive of design companies The Partners and Lambie-Nairn.

The Partners designed a marque for the Made in Britain brand, unveiled earlier this year, which British companies can display on their products to highlight their provenance. Brands from Stoves cookers to Marshall amplifiers have adopted it.

"People want a sense of belonging, participation and shared hopes; that is what national identity allows them to have," says Prior. He says these values can find expression through brands, and adds: "People are looking for reasons to engage with British products because of the value they give to the British economy, and there is a growing sense that the craft and design values are far superior to others."

However, Vicky Bullen, chief executive of branding agency Coley Porter Bell, points out that foreigners often do a better job of promoting Brand Britain than locals. "Ralph Lauren does British better than the British," she says. The same could be said of BMW, which owns the quintessentially British Mini, and Jaguar, owned by Tata of India.

Bullen believes the concept of Britishness is in a process of transformation. "It has gone from being all about royalty, heritage and the class system to being about a dynamic, multicultural society as much as those things, a society that is free and liberal where people express themselves as they wish," she says.

There are widely differing views on the power of Britishness in branding. The provenance has some resonance, especially for upmarket brands such as BA, Paul Smith and Jaguar. But while this may play well in overseas markets, it seems the people least likely to buy into the British ideal are the British themselves.

Brand Britain must talk up its strength in tech, says GREAT marketing boss

Thank f*ck for that: Will Harris reflects on Scotland's 'No' vote

M&S and B&Q chiefs say 'no' to Scottish independence

Where nations and business collide: what happens to brands when countries fall out