Is the volte-face compelling evidence that a popular paid subscription model is not viable, Gideon Spanier asks.

Rebekah Brooks has been busy meeting advertisers and media agencies as she tries to reinvent The Sun as a free online brand when the paywall is demolished on 30 November, which happens to be Cyber Monday.

The News UK boss told staff in a memo: "We believe taking this step will further our prospects for long-term growth, drive larger audiences for our valuable content in the UK and Ireland, and help preserve our ability to create great journalism for our readers for years to come."

"Larger audiences" is the key phrase. The Sun is Britain’s bestselling newspaper, with a circulation not far below two million, but its share of voice has been almost silenced on social and search channels during the paywall years.

The result was that media agencies lacked "cross-platform opportunities" – the ability to reach the same mass audiences online, on social and in video as in print.

Plunging newspaper revenues across the industry has added to the problem. By some estimates, The Sun’s ad take is down by about a third compared with the pre-News of the World days.

An interesting question is whether The Sun’s decision to go free online shows a "hard" paywall cannot work for a mass-market title.

The Sun’s sister paper The Times has 400,000 subscribers and does not aspire to have a truly mass audience but, even then, some think its paywall is not guaranteed to last.

Few others have been so rigid. Even a specialist title such as the Financial Times allows one free article a day via social and search, and drops its paywall on big stories.

As Ian Whittaker, a media analyst at Liberum, says, the BBC News website makes it hard for any mainstream commercial UK rival.

A soft or metered paywall may be more viable. The Daily Telegraph has never disclosed its figures, but The New York Times has built significant subscriber revenues.

It’s not impossible for a mass-market title to charge on a freemium basis. Germany’s Bild, Europe’s bestselling tabloid, has 290,000 paying subscribers while not shutting out those who won’t pay.

But The Sun evidently feels that freemium isn’t an option after falling too far behind online rivals.

Ian Whittaker, media analyst, Liberum
"In a market like the UK, where you have freely available and high-quality online news in the form of the BBC, you have to be able to offer something extra to get people to pay. The Sun thought it had sports and gossip but that was not enough." 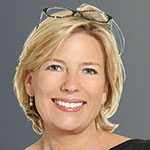 Victoria Palmer-Moore, managing partner, Powerscourt
"The news media is right to try different models to create sustainable profit. While some clients may want maximum audience reach, many prefer an influential publication that reaches the right audience, even if it’s behind a paywall."

Jon O’Donnell, group commercial director, ESI Media
"Given the potential rise of ad-blockers, it is always feasible that publishers may feel it necessary to charge for some content. However, imposing Draconian paywalls for general-interest topics will be largely counterproductive."